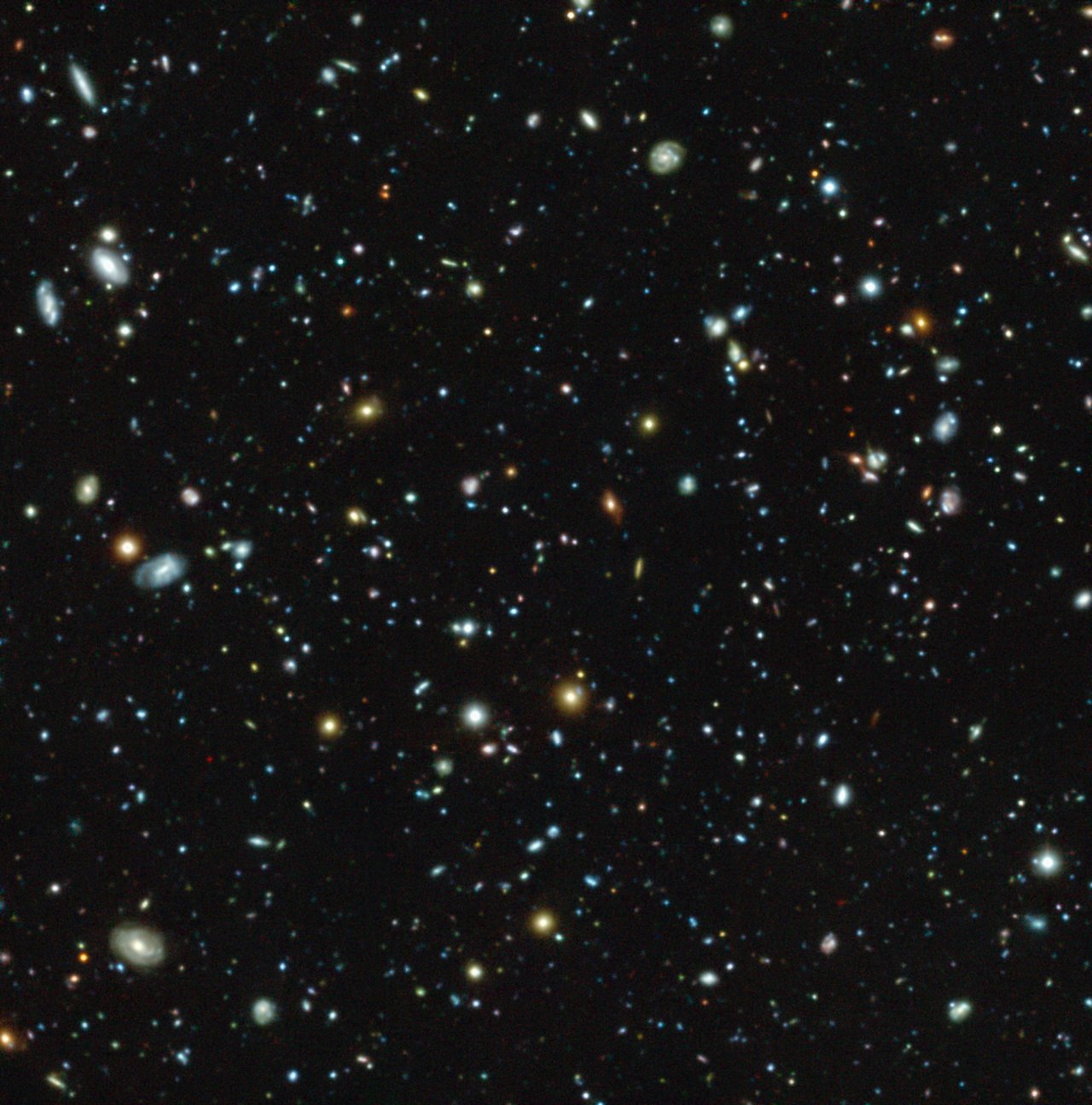 Astronomers using the MUSE instrument on ESO’s Very Large Telescope in Chile have conducted the deepest spectroscopic survey ever. They focused on the Hubble Ultra Deep Field, measuring distances and properties of 1600 very faint galaxies including 72 galaxies that have never been detected before, even by Hubble itself. This groundbreaking dataset has already resulted in 10 science papers that are being published in a special issue of Astronomy & Astrophysics. This wealth of new information is giving astronomers insight into star formation in the early Universe, and allows them to study the motions and other properties of early galaxies — made possible by MUSE’s unique spectroscopic capabilities.

The MUSE HUDF Survey team, led by Roland Bacon of the Centre de recherche astrophysique de Lyon (CNRS/Université Claude Bernard Lyon 1/ENS de Lyon), France, used MUSE (Multi Unit Spectroscopic Explorer) to observe the Hubble Ultra Deep Field (heic0406), a much-studied patch of the southern constellation of Fornax (The Furnace). This resulted in the deepest spectroscopic observations ever made; precise spectroscopic information was measured for 1600 galaxies, ten times as many galaxies as has been painstakingly obtained in this field over the last decade by ground-based telescopes.

The original HUDF images were pioneering deep-field observations with the NASA/ESA Hubble Space Telescope published in 2004. They probed more deeply than ever before and revealed a menagerie of galaxies dating back to less than a billion years after the Big Bang. The area was subsequently observed many times by Hubble and other telescopes, resulting in the deepest view of the Universe to date [1]. Now, despite the depth of the Hubble observations, MUSE has — among many other results — revealed 72 galaxies never seen before in this very tiny area of the sky. ...

The MUSE Hubble Ultra Deep Field Survey
Astronomy & Astrophysics - Special Edition
arXiv.org > astro-ph > Search Results
Know the quiet place within your heart and touch the rainbow of possibility; be
alive to the gentle breeze of communication, and please stop being such a jerk. — Garrison Keillor
Top
1 post • Page 1 of 1