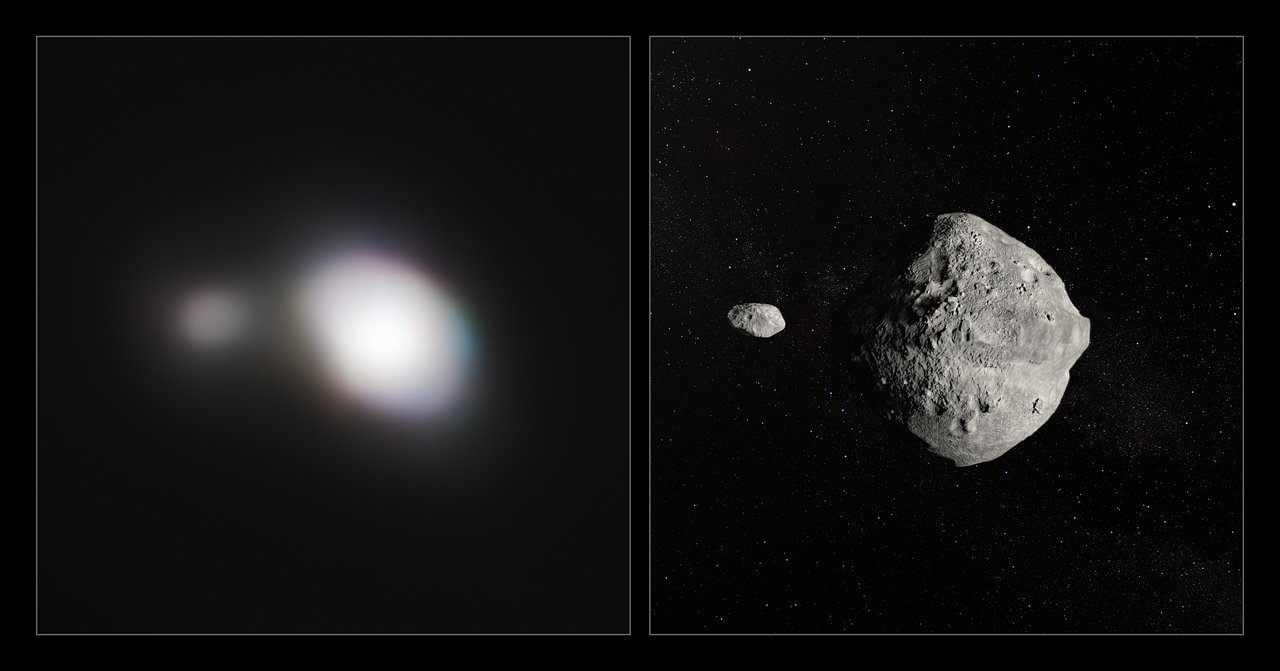 The unique capabilities of the SPHERE instrument on ESO’s Very Large Telescope have enabled it to obtain the sharpest images of a double asteroid as it flew by Earth on 25 May. While this double asteroid was not itself a threatening object, scientists used the opportunity to rehearse the response to a hazardous Near-Earth Object (NEO), proving that ESO’s front-line technology could be critical in planetary defence.

The International Asteroid Warning Network (IAWN) coordinated a cross-organisational observing campaign of the asteroid 1999 KW4 as it flew by Earth, reaching a minimum distance of 5.2 million km [1] on 25 May 2019. 1999 KW4 is about 1.3 km wide, and does not pose any risk to Earth. Since its orbit is well known, scientists were able to predict this fly-by and prepare the observing campaign.

ESO joined the campaign with its flagship facility, the Very Large Telescope (VLT). The VLT is equipped with SPHERE — one of the very few instruments in the world capable of obtaining images sharp enough to distinguish the two components of the asteroid, which are separated by around 2.6 km. ...