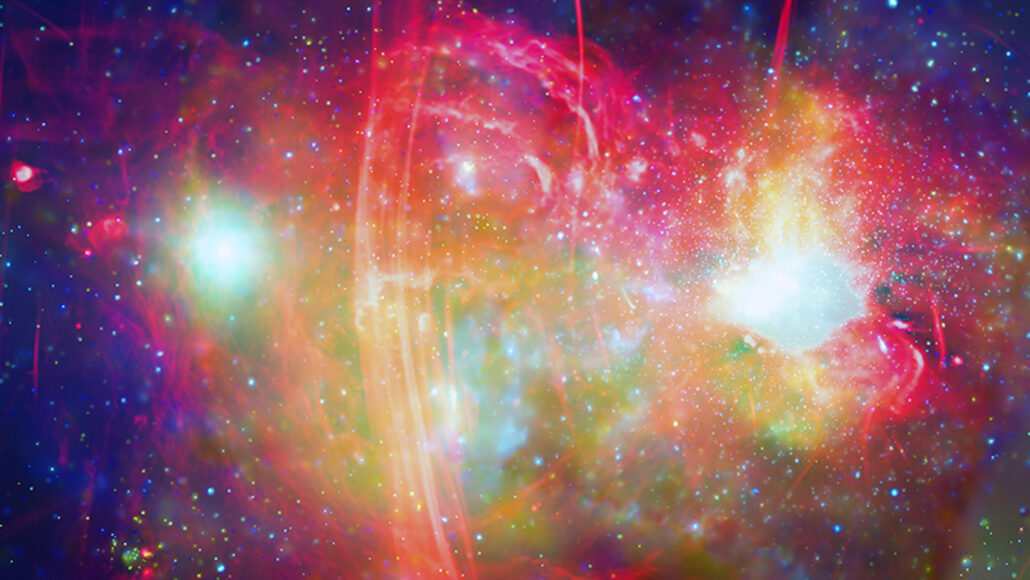 Innumerable stars reside within 1.6 light-years of the Milky Way’s central black hole. But this same crowded neighborhood has fewer red giants — luminous stars that are large and cool — than expected.

Now astrophysicists have a new theory why: The supermassive black hole, Sagittarius A*, launched a powerful jet of gas that ripped off the red giants’ outer layers. That transformed the stars into smaller red giants or stars that are hotter and bluer, Michal Zajaček, an astrophysicist at the Polish Academy of Sciences in Warsaw, and colleagues suggest in a paper published online November 12 in the Astrophysical Journal.

Today Sagittarius A* is quiet, but two enormous bubbles of gamma-ray-emitting gas rooted at the center of the Milky Way tower far above and below the galaxy’s plane (SN: 12/9/20). These gas bubbles imply the black hole sprang to life some 4 million years ago when something fell into it.

At that time, a disk of gas around the black hole shot a powerful jet of material into its star-studded neighborhood, Zajaček and colleagues propose. “The jet preferentially acts on large red giants,” he says. “They can be effectively ablated by the jet.” The biggest and brightest red giants seem to be missing near the galactic center, Zajaček says...