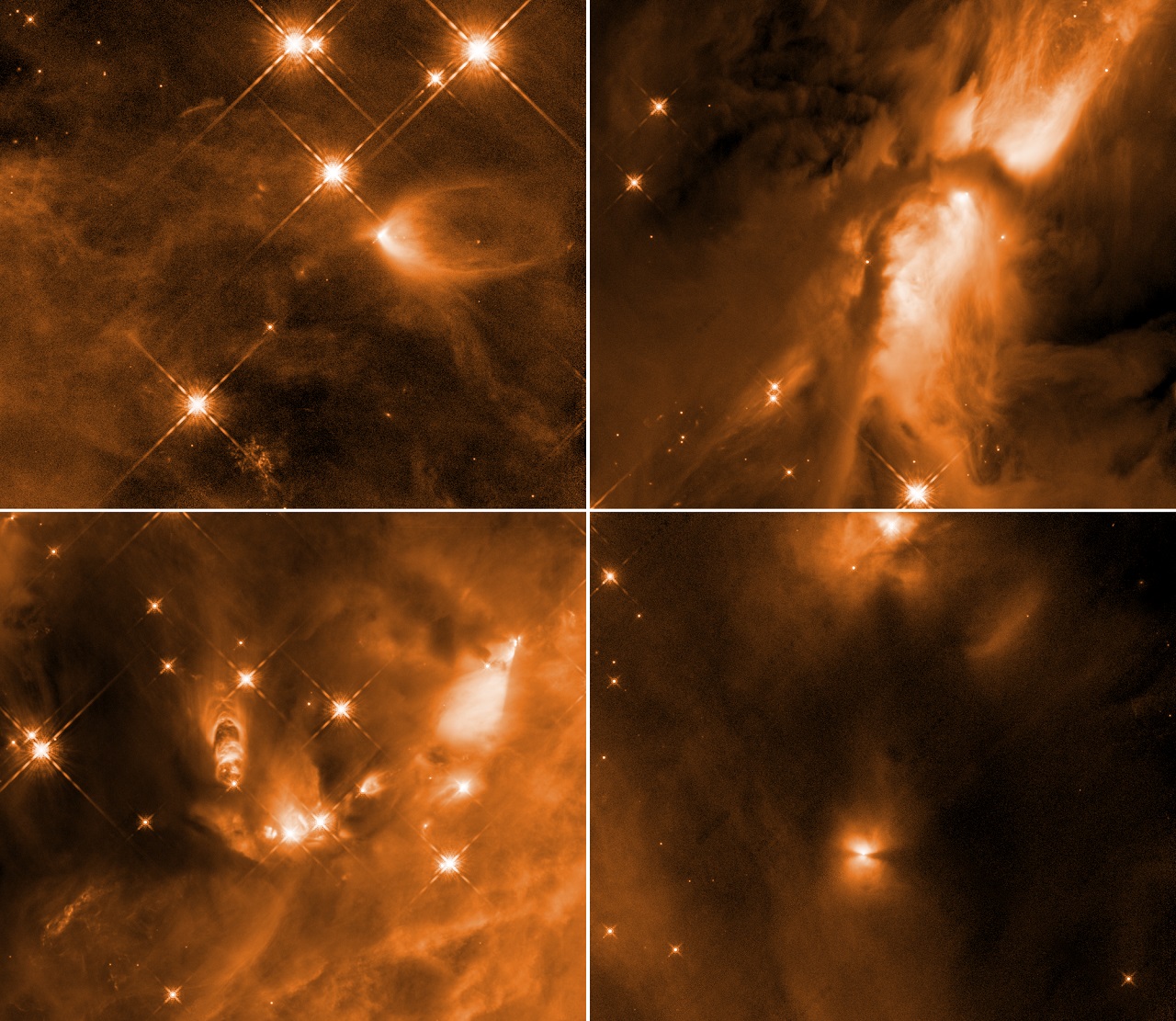 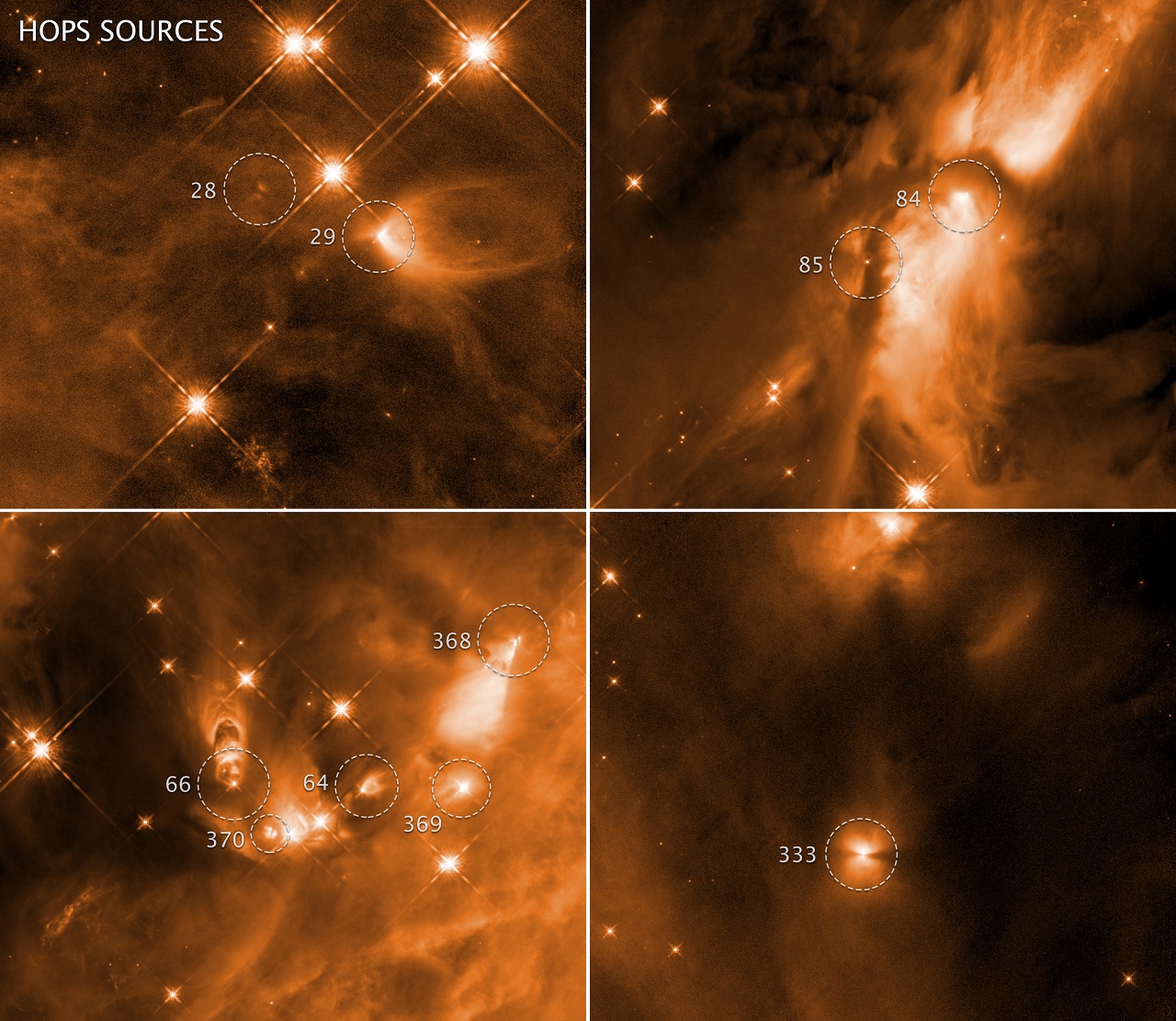 Infant Stars in Orion ~ Image Credit: NASA, ESA, STScI,
N. Habel and S. T. Megeath (University of Toledo)
Though our galaxy is an immense city of at least 200 billion stars, the details of how they formed remain largely cloaked in mystery.

Scientists know that stars form from the collapse of huge hydrogen clouds that are squeezed under gravity to the point where nuclear fusion ignites. But only about 30 percent of the cloud's initial mass winds up as a newborn star. Where does the rest of the hydrogen go during such a terribly inefficient process?

It has been assumed that a newly forming star blows off a lot of hot gas through light-saber-shaped outflowing jets and hurricane-like winds launched from the encircling disk by powerful magnetic fields. These fireworks should squelch further growth of the central star. But a new, comprehensive Hubble survey shows that this most common explanation doesn't seem to work, leaving astronomers puzzled.

In this largest-ever survey of nascent stars to date, researchers are finding that gas — clearing by a star's outflow may not be as important in determining its final mass as conventional theories suggest. The researchers' goal was to determine whether stellar outflows halt the infall of gas onto a star and stop it from growing.

Instead, they found that the cavities in the surrounding gas cloud sculpted by a forming star's outflow did not grow regularly as they matured, as theories propose.
STScI-H-p2106d-m.jpg
STScI-H-p2106a-m.jpg
...

An HST Survey of Protostellar Outflow Cavities:
Does Feedback Clear Envelopes? ~ Nolan M. Habel et al
You do not have the required permissions to view the files attached to this post.
Know the quiet place within your heart and touch the rainbow of possibility; be
alive to the gentle breeze of communication, and please stop being such a jerk. — Garrison Keillor
Top

Re: Hubble: Torrential Outflows from Infant Stars in Orion