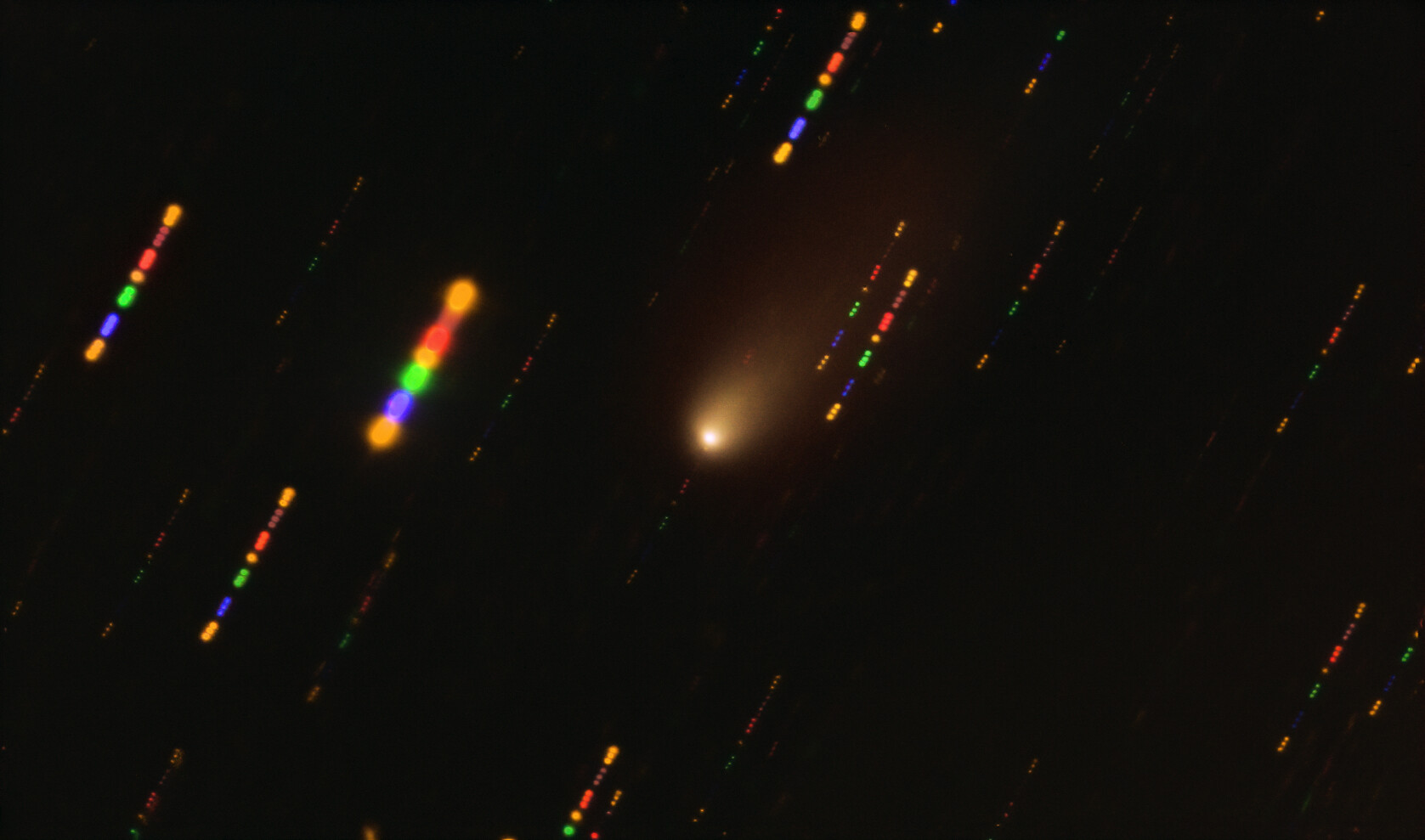 This image was taken with the FORS2 instrument on ESO’s Very Large Telescope in late 2019, when comet 2I/Borisov passed near the Sun. Credit: ESO/O. Hainaut

New observations with the European Southern Observatory’s Very Large Telescope (ESO’s VLT) indicate that the rogue comet 2I/Borisov, which is only the second and most recently detected interstellar visitor to our Solar System, is one of the most pristine ever observed. Astronomers suspect that the comet most likely never passed close to a star, making it an undisturbed relic of the cloud of gas and dust it formed from.

2I/Borisov was discovered by amateur astronomer Gennady Borisov in August 2019 and was confirmed to have come from beyond the Solar System a few weeks later. “2I/Borisov could represent the first truly pristine comet ever observed,” says Stefano Bagnulo of the Armagh Observatory and Planetarium, Northern Ireland, UK, who led the new study ... The team believes that the comet had never passed close to any star before it flew by the Sun in 2019.

Bagnulo and his colleagues used the FORS2 instrument on ESO's VLT, located in northern Chile, to study 2I/Borisov in detail using a technique called polarimetry. Since this technique is regularly used to study comets and other small bodies of our Solar System, this allowed the team to compare the interstellar visitor with our local comets.

The team found that 2I/Borisov has polarimetric properties distinct from those of Solar System comets, with the exception of Hale–Bopp. Comet Hale–Bopp received much public interest in the late 1990s as a result of being easily visible to the naked eye, and also because it was one of the most pristine comets astronomers had ever seen. Prior to its most recent passage, Hale–Bopp is thought to have passed by our Sun only once and had therefore barely been affected by solar wind and radiation. This means it was pristine, having a composition very similar to that of the cloud of gas and dust it — and the rest of the Solar System — formed from some 4.5 billion years ago.

By analysing the polarisation together with the colour of the comet to gather clues on its composition, the team concluded that 2I/Borisov is in fact even more pristine than Hale–Bopp. This means it carries untarnished signatures of the cloud of gas and dust it formed from.


Unusual Polarimetric Properties for Interstellar Comet 2I/Borisov ~ S. Bagnulo et al Compact Pebbles and the Evolution of Volatiles in the Interstellar Comet 2I/Borisov ~ Bin Yang et al
viewtopic.php?t=40479
viewtopic.php?t=39796
Know the quiet place within your heart and touch the rainbow of possibility; be
alive to the gentle breeze of communication, and please stop being such a jerk. — Garrison Keillor
Top
1 post • Page 1 of 1