The Dark Seahorse in Cepheus

Explanation: Light-years across, this suggestive shape known as the Seahorse Nebula appears in silhouette against a rich, luminous background of stars. Seen toward the royal northern constellation of Cepheus, the dusty, obscuring clouds are part of a Milky Way molecular cloud some 1,200 light-years distant. It is also listed as Barnard 150 (B150), one of 182 dark markings of the sky cataloged in the early 20th century by astronomer E. E. Barnard. Packs of low mass stars are forming within, but their collapsing cores are only visible at long infrared wavelengths. Still, the colorful stars of Cepheus add to this pretty, galactic skyscape.

I apologize for not posting a version of today's APOD, because it is too large (~700 KB), and I am only allowed to post three attachments here.

Yes, but look at this wide field image of Barnard 150 (the Seahorse) set in perspective...

The Dark Seahorse and friends in Cepheus. Photo: José Jiménez.


It looks amazing, isn't it? The Dark Seahorse is dead center, looking like a man running with one short and one extremely long leg, or perhaps like a dancing or stumbling man trailing a very long tail behind him. (Can't see the Seahorse, sorry.)

At far left is bright spiral galaxy NGC 6946 - surely you can find it. To the lower left of it is cluster NGC 6939. You can see both objects together here. At right is the red emission nebula Sharpless 2–129, also known as the Flying Bat Nebula

, and inside it is the elongated blue nebula known as Ou4, or the Giant Squid Nebula

. Talk about an impressive neighborhood for the Dark Seahorse, right?

Let's return to the more "normal elongated dust lanes. An interesting one is known as the Snake Nebula in Sagittarius (not to be confused with this guy in Ophiuchus): 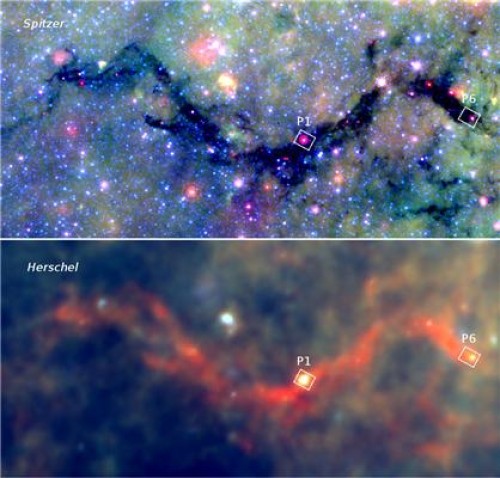 Two infrared views of the Snake Nebula by the Spitzer and Herschel telescopes. Massive stars are forming in the locations called P1 and P6.


Note that the long Snake Nebula is only forming stars in a very few places. That is what star formation is like, as far as I can understand: It takes a concentration of gas and dust to form stars, which means that stars form where there is dust (and gas), but dust lanes are "barren" in most places.

To see what that means, take a look at this pair of galaxies: 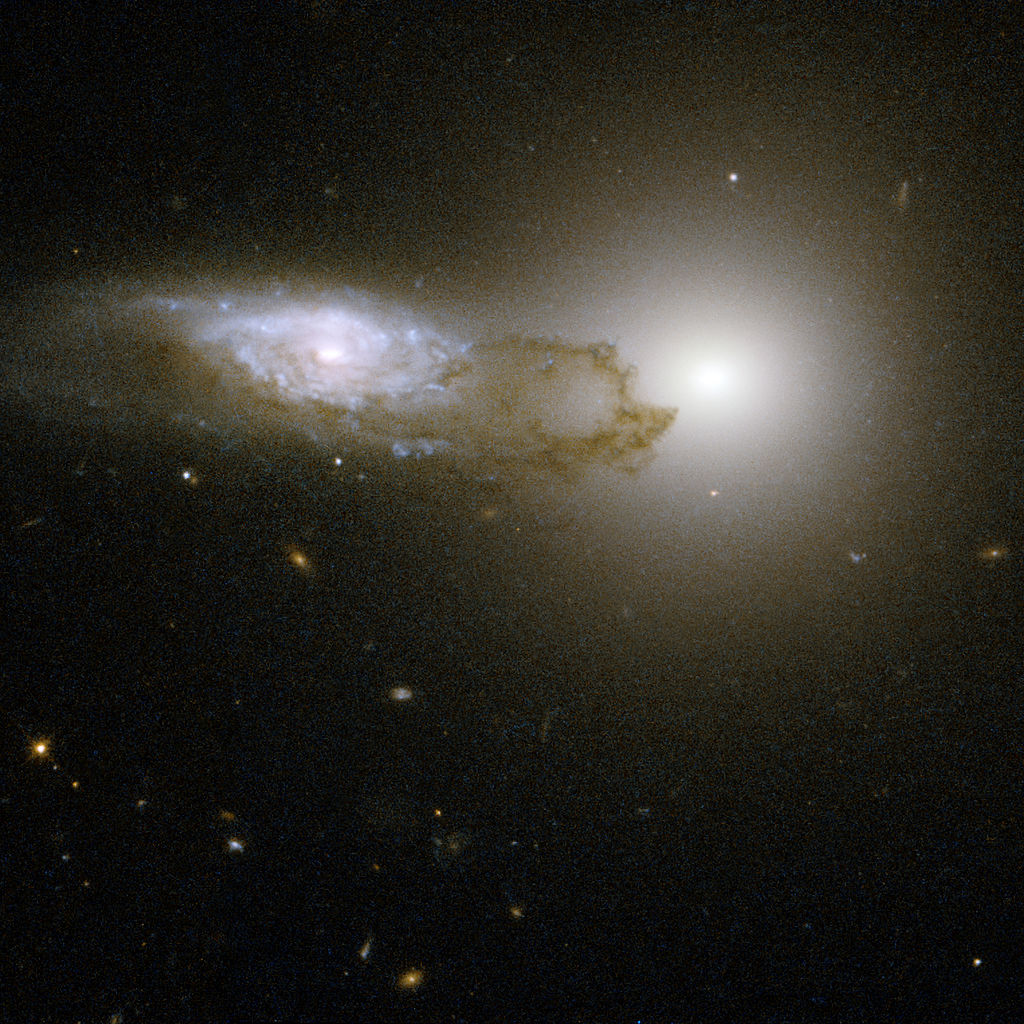 Interacting galaxies AM 1316-241, consisting of a foreground spiral galaxy and a background elliptical. The light from the elliptical reveals the nature of the dust lane of the spiral. NASA, ESA, the Hubble Heritage (STScI/AURA)-ESA/Hubble Collaboration, and W. Keel .


A very long, curving outer dust lane in the spiral galaxy is seen in silhouette against the background light of the elliptical galaxy. A few blue spots in the dark dust reveals sites of star formation. But as you can see, most of the dark dust is "barren".

Does the Dark Seahorse of Cepheus carry any roe in its depths? Who knows?
Tiny seahorse.png

b150_avitabile1092c.jpg
I drew a circle to show my thoughts of dark seahorse
nebula!

Seahorse-Australia.jpg
Borrowed from XgeoX post in the horse head nebula post for
comparison of dark cloud nebula with seahorse! 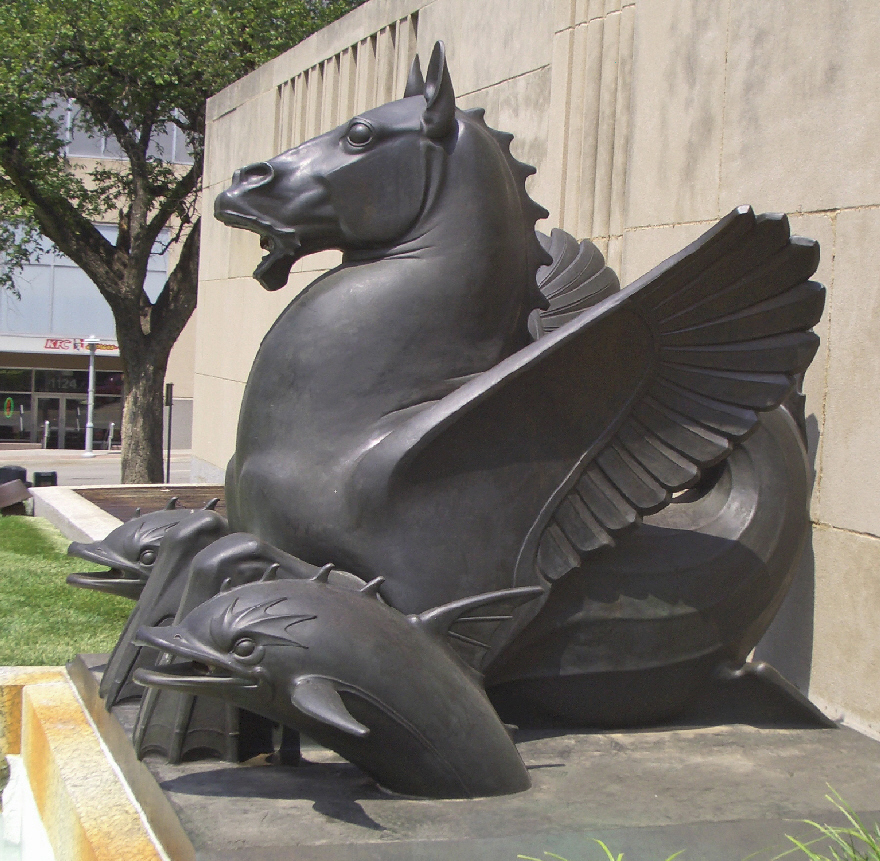 
<<The hippocampus or hippocamp, also hippokampos (plural: hippocampi or hippocamps; Ancient Greek: ἱππόκαμπος, from ἵππος, "horse" and κάμπος, "sea monster"), often called a sea-horse in English,is a mythological creature shared by Phoenician, Etruscan, Pictish, Roman and Greek mythology, though its name has a Greek origin. The hippocampus is typically depicted as having the upper body of a horse with the lower body of a fish. Coins minted at Tyre around the 4th century BC show the patron god Melqart riding on a winged hippocampus and accompanied by dolphins.

King Cepheus is prominently featured in the Perseus legend as the husband of Cassiopeia and father of Princess Andromeda. Various sources described his kingdom to be the city of Joppa (Jaffa) in Phoenicia, which was named after the elder Cepheus' wife, Iope. The term Phoenicia is an ancient Greek exonym that most likely described one of their most famous exports, a dye also known as Tyrian purple; it did not correspond precisely to a cohesive culture or society as it would have been understood natively.>>


seahorse nebula.JPG
You do not have the required permissions to view the files attached to this post.
--
"To B̬̻̋̚o̞̮̚̚l̘̲̀᷾d̫͓᷅ͩḷ̯᷁ͮȳ͙᷊͠ Go......Beyond The F͇̤i̙̖e̤̟l̡͓d͈̹s̙͚ We Know."
Top

This site is kinda epic!
Top

This site is kinda epic!

https://en.wikipedia.org/wiki/Epic_poetry#Composition_and_conventions wrote:
The ten main characteristics of an epic:
The hero generally participates in a cyclical journey or quest, faces adversaries (e.g., Ann, Bystander, Chris ...) that try to defeat him in his journey and returns home significantly transformed by his journey.

Doesn't the Barnard catalogue include 349 entries? The first part published in 1919 did have only 182 entries but then the second part was published in 1927.
Top

Some people have far too much CPU time on their hands.
--
"To B̬̻̋̚o̞̮̚̚l̘̲̀᷾d̫͓᷅ͩḷ̯᷁ͮȳ͙᷊͠ Go......Beyond The F͇̤i̙̖e̤̟l̡͓d͈̹s̙͚ We Know."
Top

And some posters see very interesting, yet sometimes not very relevant, tangents

Not complaining though...
--
"To B̬̻̋̚o̞̮̚̚l̘̲̀᷾d̫͓᷅ͩḷ̯᷁ͮȳ͙᷊͠ Go......Beyond The F͇̤i̙̖e̤̟l̡͓d͈̹s̙͚ We Know."
Top
12 posts • Page 1 of 1