It's important to have good friends in your old age!

In our old age, humans tend to invest in fewer but more positive relationships. A new study of wild chimpanzees finds they seem to do the same....

What they found: The number of mutual friends a chimpanzee had increased with age while their one-sided friendships decreased.

By studying grooming habits, they report "chimpanzees invested more, and invested more equitably, in mutual relationships than one-sided ones, and older adults had more mutual friendships than younger adults did."

They also found the chimpanzees had fewer aggressive interactions as they got older.

It's good to be an old ape among friends!

(Although those emoji-apes I posted look awfully young, sorry about that!)

(I don't know who made this statement, but it seemed appropriate.) :ssmile:

It is, however, only true to a point. For many, the alternative becomes the favored state.
Chris

It is, however, only true to a point. For many, the alternative becomes the favored state. 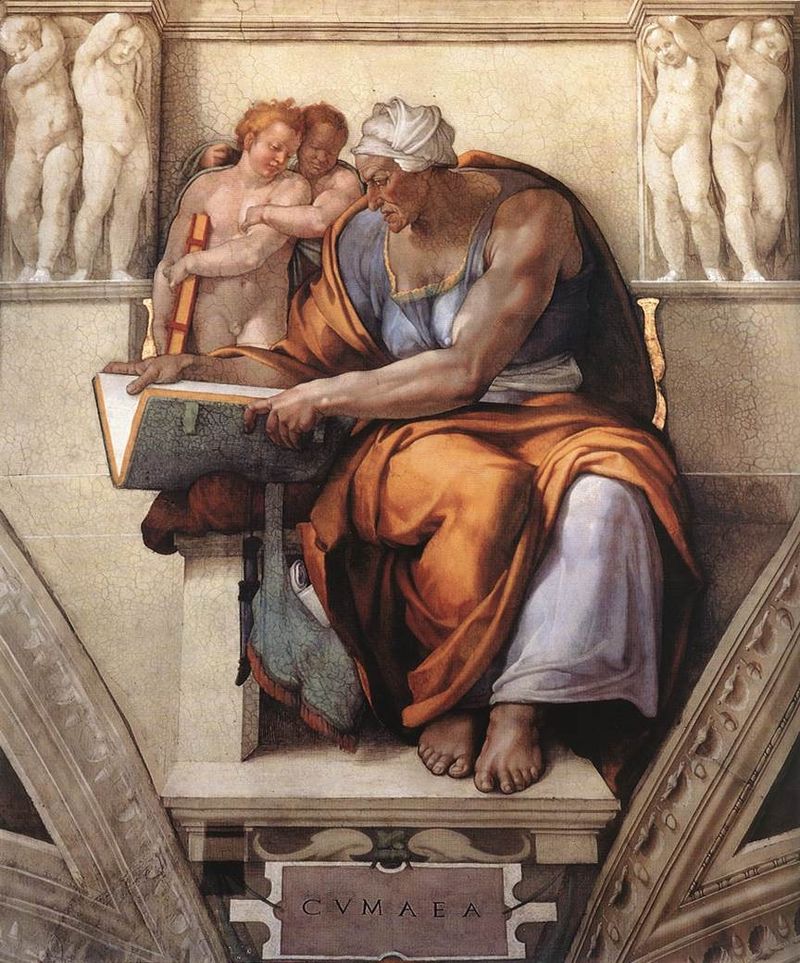 <<Although she was a mortal, the CUMAEAN SIBYL lived about a thousand years. This came about when Apollo offered to grant her a wish in exchange for her virginity; she took a handful of sand and asked to live for as many years as the grains of sand she held. Later, after she refused the god's love, he allowed her body to wither away because she failed to ask for eternal youth. Her body grew smaller with age and eventually was kept in a jar (ampulla). Eventually only her voice was left (Ovid's Metamorphoses 14).

The epigraph to T. S. Eliot's poem "The Waste Land" (1922) is a quote from the Satyricon of Petronius (48.8) wherein Trimalchio states, "Nam Sibyllam quidem Cumis ego ipse oculis meis vidi in ampulla pendere, et cum illi pueri dicerent: Σίβυλλα τί θέλεις; respondebat illa: ἀποθανεῖν θέλω." ("For I indeed once saw with my own eyes the Sibyl at Cumae hanging in her jar, and when the boys asked her, 'Sibyl, what do you want?' she answered 'I want to die'.") The title of Sylvia Plath's semi-autobiographical novel The Bell Jar has been said to be a reference to the ampulla in which the Sibyl lived.>>
........................................
<<The *CUMAEAN SIBYL* was the priestess presiding over the Apollonian oracle at Cumae, a Greek colony located near Naples, Italy. The word sibyl comes (via Latin) from the ancient Greek word sibylla, meaning prophetess. There were many sibyls in different locations throughout the ancient world. Because of the importance of the Cumaean Sibyl in the legends of early Rome as codified in Virgil's Aeneid VI, and because of her proximity to Rome, the Cumaean Sibyl became the most famous among the Romans. The Erythraean Sibyl from modern-day Turkey was famed among Greeks, as was the oldest Hellenic oracle, the Sibyl of Dodona, possibly dating to the second millennium BC according to Herodotus, favored in the east.

The Cumaean Sibyl is one of the four sibyls painted by Raphael at Santa Maria della Pace. In the Sistine Ceiling of Michelangelo her powerful presence overshadows every other sibyl, even her younger and more beautiful sisters, such as the Delphic Sibyl.

The story of the acquisition of the Sibylline Books by Lucius Tarquinius Superbus, the semi-legendary last king of the Roman Kingdom, or Tarquinius Priscus, is one of the famous mythic elements of Roman history: Centuries ago, concurrent with the 50th Olympiad not long before the expulsion of Rome's kings, an old woman "who was not a native of the country" (Dionysius) arrived incognita in Rome. She offered nine books of prophecies to King Tarquin; and as the king declined to purchase them, owing to the exorbitant price she demanded, she burned three and offered the remaining six to Tarquin at the same stiff price, which he again refused, whereupon she burned three more and repeated her offer. Tarquin then relented and purchased the last three at the full original price, whereupon she "disappeared from among men." The books were thereafter kept in the Temple of Jupiter on the Capitoline Hill, Rome, to be consulted only in emergencies. The temple burned down in the 80s BC, and the books with it, necessitating a re-collection of Sibylline prophecies from all parts of the empire (Tacitus 6.12). These were carefully sorted and those determined to be legitimate were saved in the rebuilt temple. The Emperor Augustus had them moved to the Temple of Apollo on the Palatine Hill, where they remained for most of the remaining Imperial Period. The Books were burned in AD 405 by the General Flavius Stilicho, who was a Christian and regarded the books as Pagan and therefore evil. At the time of the Visigothic invasion five years later in AD 410, certain Pagans bemoaned the loss of the books, claiming that the invasion of the city was evidence of the wrath of the Pagan gods over the destruction of the books.
........................................
The Cumaean Sibyl prophesied by “singing the fates” and writing on oak leaves. These would be arranged inside the entrance of her cave but, if the wind blew and scattered them, she would not help to reassemble the leaves to form the original prophecy again.

The Sibyl was a guide to the underworld (Hades), its entry being at the nearby crater of Avernus. Aeneas employed her services before his descent to the lower world to visit his dead father Anchises, but she warned him that it was no light undertaking:
........................................
In the Middle Ages, both the Cumaean Sibyl and Virgil were considered prophets of the birth of Christ, because the fourth of Virgil's Eclogues appears to contain a Messianic prophecy by the Sibyl. This was seized on by early Christians as such—one reason why Dante Alighieri later chose Virgil as his guide through the underworld in The Divine Comedy. Similarly, Michelangelo prominently featured the Cumaean Sibyl in the Sistine Chapel.>>