Happy solstice! This is particularly for you, Chris!

At midwinter, the setting sun is aligned with the stone circle and the Avenue at Stonehenge. © Historic England (drawing by Marcus Abbott/ArcHeritage) 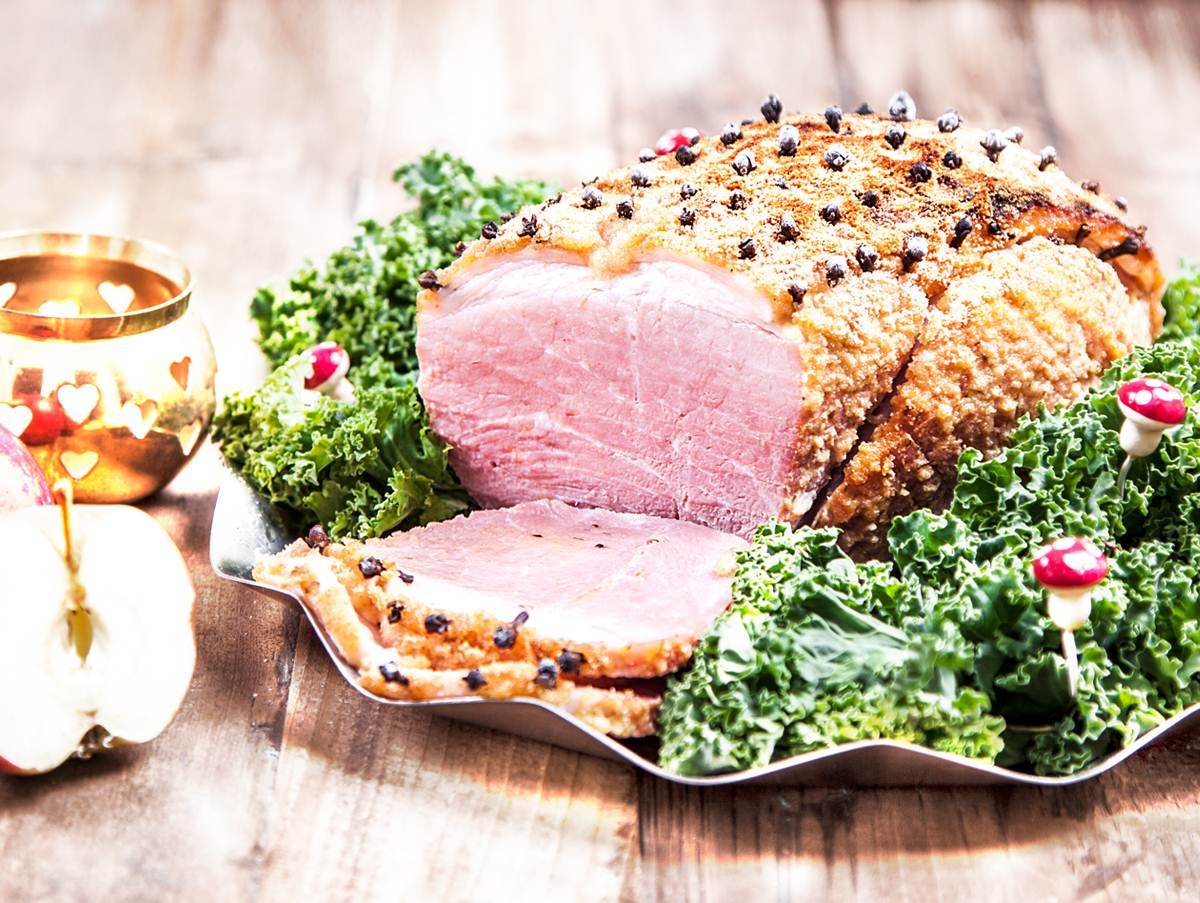 Swedish Christmas ham, the most popular dish at Christmas in Sweden.

The late Neolithic site of Durrington Walls is thought to have been the settlement where the people who built Stonehenge lived. It was occupied at around the same time that the stones at Stonehenge were erected (about 2500 BC) and appears to have had a ceremonial function. Both sites seem to have had particular significance during midwinter. The Southern Circle at Durrington Walls is oriented to the midwinter sunrise, in a complementary arrangement to the orientation of Stonehenge, where the Avenue and stone circle are arranged to focus on the midwinter sunset...

Tens of thousands of animal bones have been recovered during recent excavations at Durrington Walls. Their study has led to some exciting revelations about how the animals were being kept during the Neolithic period and what part they had both in everyday eating and in feasting.

Pigs were by far the most common animal found (followed by cattle), so must have formed an important part of the diet...

They were gathering in large numbers, eating massive quantities of pork and celebrating midwinter. That doesn’t sound too dissimilar to our seasonal festivities at midwinter today!

Thanks. We opened our gifts this morning, and will get out in the nice weather today- well above freezing and sunny. Typical Colorado winter (sorry, Ann...)

I'll have my telescope on the conjunction all day. No problem imaging the planets in full daylight.
Chris

Ever wonder why ancients were so abscessed with the stars?

Hopefully most of you will enjoy an unobstructed view of the conjunction. It looks like a glimpse through a break in the clouds will be the most we can hope for from where I am. We've had solid overcast/rain for the last week (aka 'normal' December weather), though the forecast calls for partly cloudy skies tonight. We shall see!

https://en.wikipedia.org/wiki/Absence_Makes_the_Heart_Grow_Fungus wrote:
<<Absence Makes the Heart Grow Fungus is the first instrumental and sixth overall studio album and by Omar Rodríguez-López, released by Infrasonic Sound on September 19, 2008. The album features several tracks that were "originally intended for use by The Mars Volta". The second half of "Hands Tied to the Roots of a Hemorrhage" was reworked as a middle section of "Eriatarka" on The Mars Volta's first full-length, De-loused in the Comatorium. "Tied Prom Digs on the Docks" features musical ideas that were later used on "Cassandra Gemini" on Frances the Mute. In addition, the song "Teflon" from the 2009 album Octahedron would be based on the instrumental "A Story Teeth Rotted For".>>