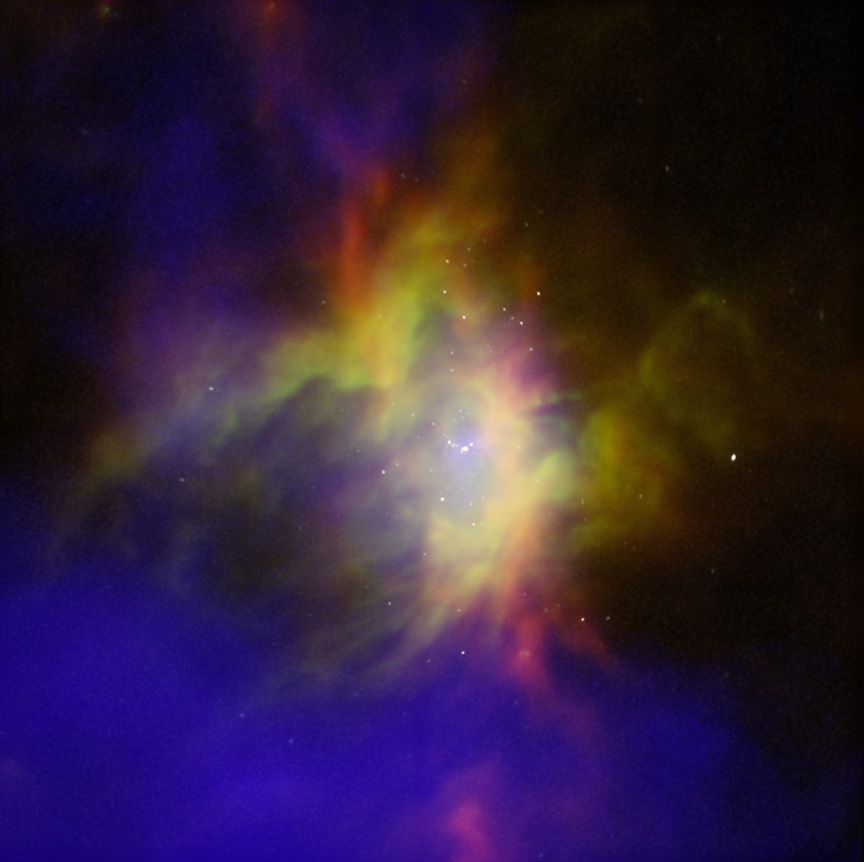 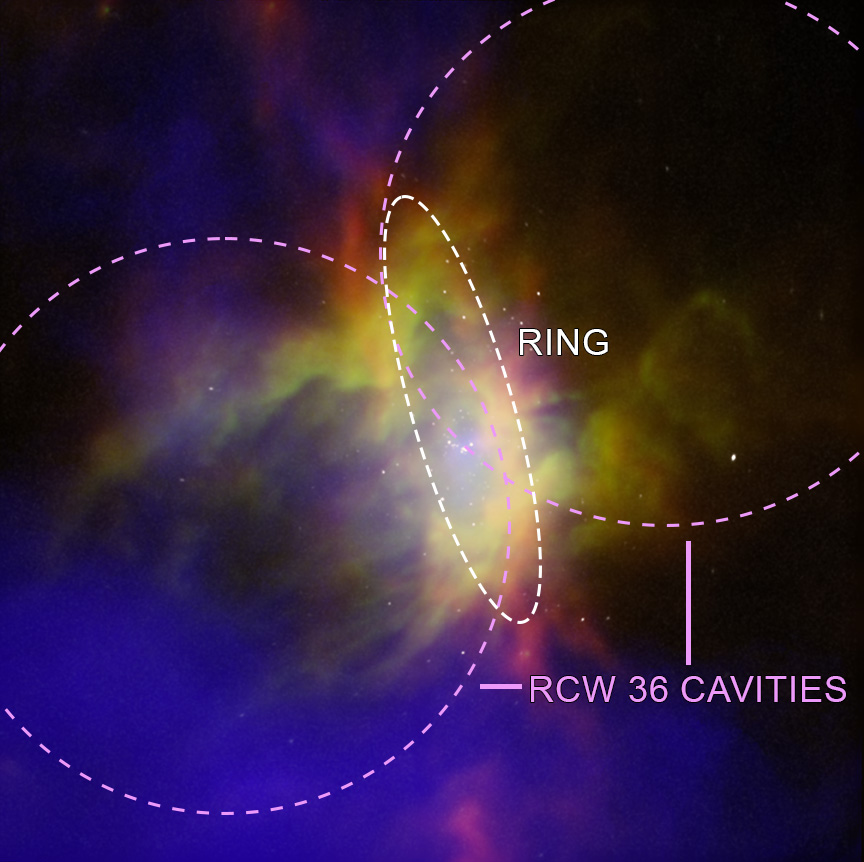 Image Credit: X-ray: NASA/CXC/Ames Research Center/L. Bonne et al.;
Infrared: ESA/NASA.JPL-Caltech/Herschel Space Observatory/JPL/IPAC
Many factors can limit the size of a group, including external ones that members have no control over. Astronomers have found that groups of stars in certain environments, however, can regulate themselves.

A new study has revealed stars in a cluster having “self-control,” meaning that they allow only a limited number of stars to grow before the biggest and brightest members expel most of the gas from the system. This process should drastically slow down the birth of new stars, which would better align with astronomers’ predictions for how quickly stars form in clusters.

The target of the observations was RCW 36, a large cloud of gas called an HII (pronounced "H-two") region mainly composed of hydrogen atoms that have been ionized — that is, stripped of their electrons. This star-forming complex is located in the Milky Way about 2,900 light-years from Earth. Infrared data from Herschel is shown in red, orange, and green, and X-ray data is blue, with point sources in white. North is 32 degrees left of vertical.

RCW 36 contains a cluster of young stars and two cavities — or voids — carved out of the ionized hydrogen gas, extending in opposite directions. There is also a ring of gas that wraps around the cluster in between the cavities, forming a waist around the hourglass-shaped cavities. These features are labeled in the image. ...


The SOFIA FEEDBACK Legacy Survey: Dynamics and
Mass Ejection in the Bipolar H II Region RCW 36 ~ L. Bonne et al
Know the quiet place within your heart and touch the rainbow of possibility; be
alive to the gentle breeze of communication, and please stop being such a jerk. — Garrison Keillor
Top
1 post • Page 1 of 1