Rigel and the Witch Head Nebula

Explanation: Double, double toil and trouble; Fire burn, and cauldron bubble -- maybe Macbeth should have consulted the Witch Head Nebula. The suggestively shaped reflection nebula is associated with the bright star Rigel in the constellation Orion. More formally known as IC 2118, the Witch Head Nebula spans about 50 light-years and is composed of interstellar dust grains reflecting Rigel's starlight. In this cosmic portrait, the blue color of the Witch Head Nebula and of the dust surrounding Rigel is caused not only by Rigel's intense blue starlight but because the dust grains scatter blue light more efficiently than red. The same physical process causes Earth's daytime sky to appear blue, although the scatterers in Earth's atmosphere are molecules of nitrogen and oxygen. Rigel, the Witch Head Nebula, and gas and dust that surrounds them lie about 800 light-years away.

A, the Witch Head, the splendor of Rigel, and a fantastic cosmic dustscape, all of it portrayed by wonderful astrophotographer Rogelio Bernal Andreo!!!

My it as youu would, I see Christ riding on the cloulds as he should.. right above his chiriets. The face Of ChriSt himself.to see this look at the dark mass on the right form the eyes an then shape of his beauitful face starts to apear looking up to the heavens. The blessed mother on her kness holding a small ray of light.in that small white light at the top right . an thats at a 2min look. going back to gaze at it more. P.S Do you THINK WE WILL HAVE TWO SUNS AT THE IN OF dEC. MAY GOD SPEED
Top

There are three blue stars to the left of Rigel...slightly above and left of that is a long dark trail...looking directly left is another dark mass....looks to me to be the Witch's Cat!!! With a big, bushy tail...

Other Reflection Nebula in blue
I C 2118 illuminate by the light of the super star Rigel in Orion
Distance 1,000 l y
Top

Tis’ the season of the witch… This witch is apparently charmed by her bright blue neighbor. Lucky for us, otherwise her attention might be focused elsewhere. She appears to be captivated… perhaps against her will… in a life and death struggle with Rigel. Who will survive this interstellar stare…?
Ed

We had a test on Macbeth; when I was a sophomore in high school! About all i remember is the three witches!

The video makes one seem insignificant!

In this image (and others too) some stars appear not as points of light but show an extent, as if they are large enough to subtend an angle. I believe that Rigel's diameter is around .7 AU or roughly 11 light minutes. Given that the Witch Head Nebula in the image is estimated to be 50 light years across,and the Nebula spans (say) 10k pixels in the image, that means the image of Rigel ought to be no larger than (say) 2 pixels in diameter. Is the apparent enlargement of Rigel due to image processing artifacts or some physical process during the image capture? I believe Chris has mentioned that bright objects cause saturation of CCD elements. Is that what's happened here? Is there any way for a (naive) viewer of such images to know that the apparent extent of stars is not real?
Top

You are anything but insignificant! But it's apparent what you mean. I think most folks feel “small” in respect to the universe, as we should. Maybe we ought change our planet’s name to Pale Blue Dot.

That is a beautiful video! It's gratifying to be able to benefit from so many people's work and research to learn of such things... with a mere mouse click.
Ed

flash wrote:In this image (and others too) some stars appear not as points of light but show an extent, as if they are large enough to subtend an angle. I believe that Rigel's diameter is around .7 AU or roughly 11 light minutes. Given that the Witch Head Nebula in the image is estimated to be 50 light years across,and the Nebula spans (say) 10k pixels in the image, that means the image of Rigel ought to be no larger than (say) 2 pixels in diameter. Is the apparent enlargement of Rigel due to image processing artifacts or some physical process during the image capture? I believe Chris has mentioned that bright objects cause saturation of CCD elements. Is that what's happened here? Is there any way for a (naive) viewer of such images to know that the apparent extent of stars is not real?

No star will ever have its diameter resolved in a wide field image. The largest, closest stars subtend angles that are much, much smaller than a single pixel.

Because the light of a star passes through an aperture, it is diffracted. This turns a point source into an extended spot. In the ideal case, this is an Airy diffraction pattern- a central spot surrounded by successively fainter rings. In practice, this pattern is smeared out by atmospheric motion into a big blob of illumination, and the brighter the star, the farther away from the image center you can get and still have enough light to rise above the background noise level. This is why bright stars look bigger in images. The dimmest discernible stars will be smaller than a pixel (but of course, we will see them as exactly one pixel in extent). As stars get brighter, their diffracted light will spill over onto more pixels.

This pattern of bloating is unrelated to saturation, although it's true in many cases that the brighter stars in an image will saturate their central pixels, resulting in several effects which are apparent in today's image- the loss of color information in the saturated area, and an apparent white central disc.

There's a completely different effect that also leads to bloated appearing stars, and that is light scatter in the optics. This usually shows up as halos around brighter stars, and is apparent in this image. Scattering in the optics of the telescope used here should be very small, although front surface scatter is likely if the front lens element isn't kept scrupulously clean. Scatter and internal reflections in the filters, sensor cover glass, and top layer of the CCD itself are very difficult to avoid, and probably all contribute to the halos we see (which are also larger with brighter stars- hundreds of pixels in the case of Rigel).
Chris

http://en.wikipedia.org/wiki/Nebulae_in ... ead_Nebula wrote:
<<In the TV show Andromeda, the Witch Head Nebula (IC 2118) was the site of the last major stand between the Old Commonwealth and the Nietzschean Alliance. Nietzscheans tell a story of how the Angel of Death appears in the sky, and lit up the cosmos with fire. This effectively crushed both the remainder of the Old Commonwealth fleet, as well as crippled a good majority of the Nietzschean fleet – leaving the way for disorder and instability.>>

http://en.wikipedia.org/wiki/IC_2118 wrote:
<<The molecular clouds of IC 2118 are probably juxtaposed to the outer boundaries of the vast Orion-Eridanus bubble, a giant supershell of molecular hydrogen blown by the high mass stars of the Orion OB1 association. As the supershell expands into the interstellar medium, favorable circumstances for star formation occur. IC 2118 is located in one such area.The wind blown appearance and cometary shape of the bright reflection nebula is highly suggestive of a strong association with the high mass luminous stars of Orion OB1. The fact that the heads of the cometary clouds of IC2118 point northeast towards the association is strong support of that relationship.>>

http://en.wikipedia.org/wiki/Orion_Mole ... ud_Complex wrote:
<<The Orion OB1 stellar association is a contingent group of several dozen hot giant stars of spectral types O and B. Associated are thousands of lower-mass stars, and a (smaller but significant) number of protostars. It is part of the larger Orion Molecular Cloud Complex. Owing to its relative closeness and complexity it is the most closely studied OB association.

The Orion OB1 association consists of the following subgroups:

Orion OB1a - the group of stars northwest of the Orion Belt stars with an average age of about 12 million years. Within this grouping is another subgroup known as the 25 Orionis group.

Orion OB1b - the three bright stars ζ Ori (Alnitak), ε Ori (Alnilam), and δ Ori (Mintaka) which make up the asterism known as "Orion's Belt", and minor stars. This group has an average age of approximately 8 million years and is further subdivided into three subgroups.

Signatures of stellar debris disk evolution have been detected in the 1a and 1b subgroups.>>

"The image is in fact a 2 pane mosaic with data from 3 frames, each taken from a different site, with a total exposure of almost 12 hours."
http://blog.deepskycolors.com/archive/2 ... Rigel.html
(same site, upper left, chose "Equipment") Telescope: Takahashi FSQ-106 EDX refractor - No spikes: That's a feature!

Sometimes the endless parade of nebulae gets aa bit stale. This, however, is a gorgeous picture.
Top 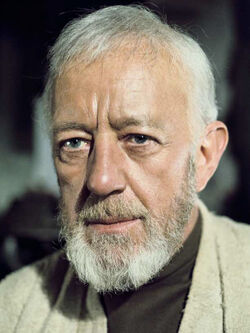 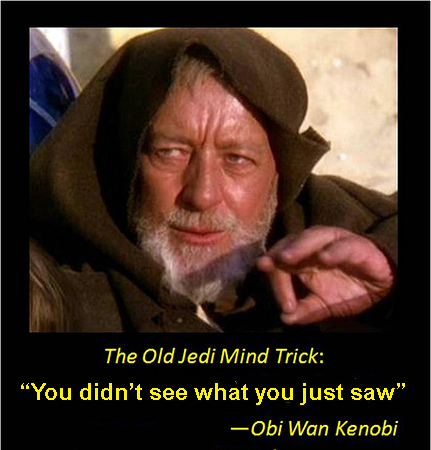 http://en.wikipedia.org/wiki/Cannoli wrote:
<<Cannoli are Sicilian pastry desserts. The singular is cannolo (or in the Sicilian language cannolu), meaning "little tube", with the etymology stemming from the Latin "canna", or reed. Cannoli originated in Sicily and are an essential part of Sicilian cuisine. Originating in the Palermo area, cannoli were historically prepared as a treat during Carnevale season, possibly as a fertility symbol; one legend assigns their origin to the harem of Caltanissetta. The dessert eventually became a year-round staple throughout Italy.

Cannoli consist of tube-shaped shells of fried pastry dough, filled with a sweet, creamy filling usually containing ricotta. They range in size from "cannulicchi", no bigger than a finger, to the fist-sized proportions typically found in Piana degli Albanesi, south of Palermo, Sicily.

They have earned a respected place in Cinema History with Richard Castellano as Peter Clemenza in The Godfather, having overseen the killing of the traitor Paulie, says to his partner, "Leave the Gun - take the Cannoli". In addition, a scene in Death Wish V : The Face of Death has one man killed by eaten a poison cannoli, courtesy of Charles Bronson's character Paul Kersey. Cannolis are mentioned in a number of films and in many contexts, or just as props the characters happen to be eating.>>