ESO: The Glowing Halo of a Zombie Star

ESO: The Glowing Halo of a Zombie Star 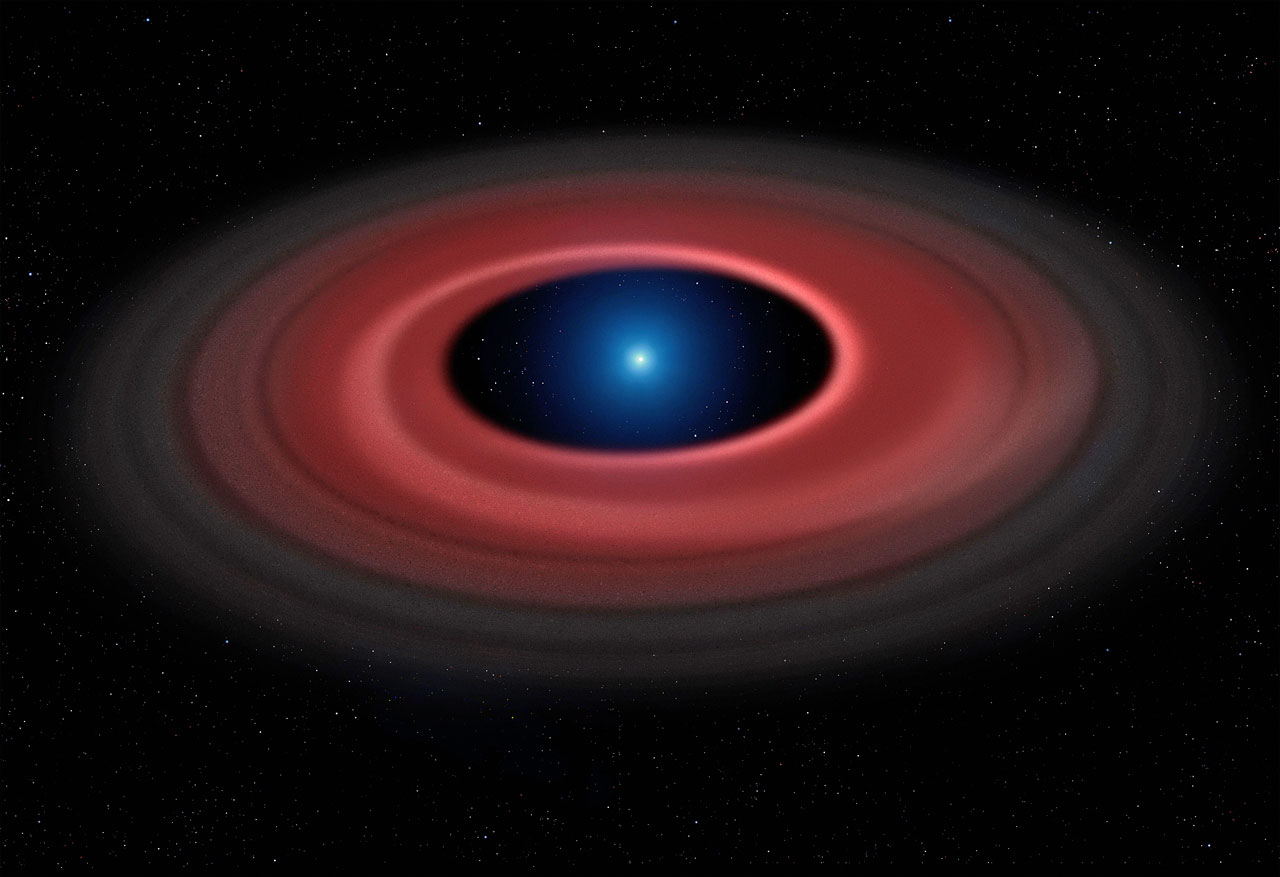 Artist’s impression of the glowing disc of material around the white dwarf SDSS J1228+1040 (Credit: Mark Garlick (markgarlick.com) and Univ. of Warwick/ESO) 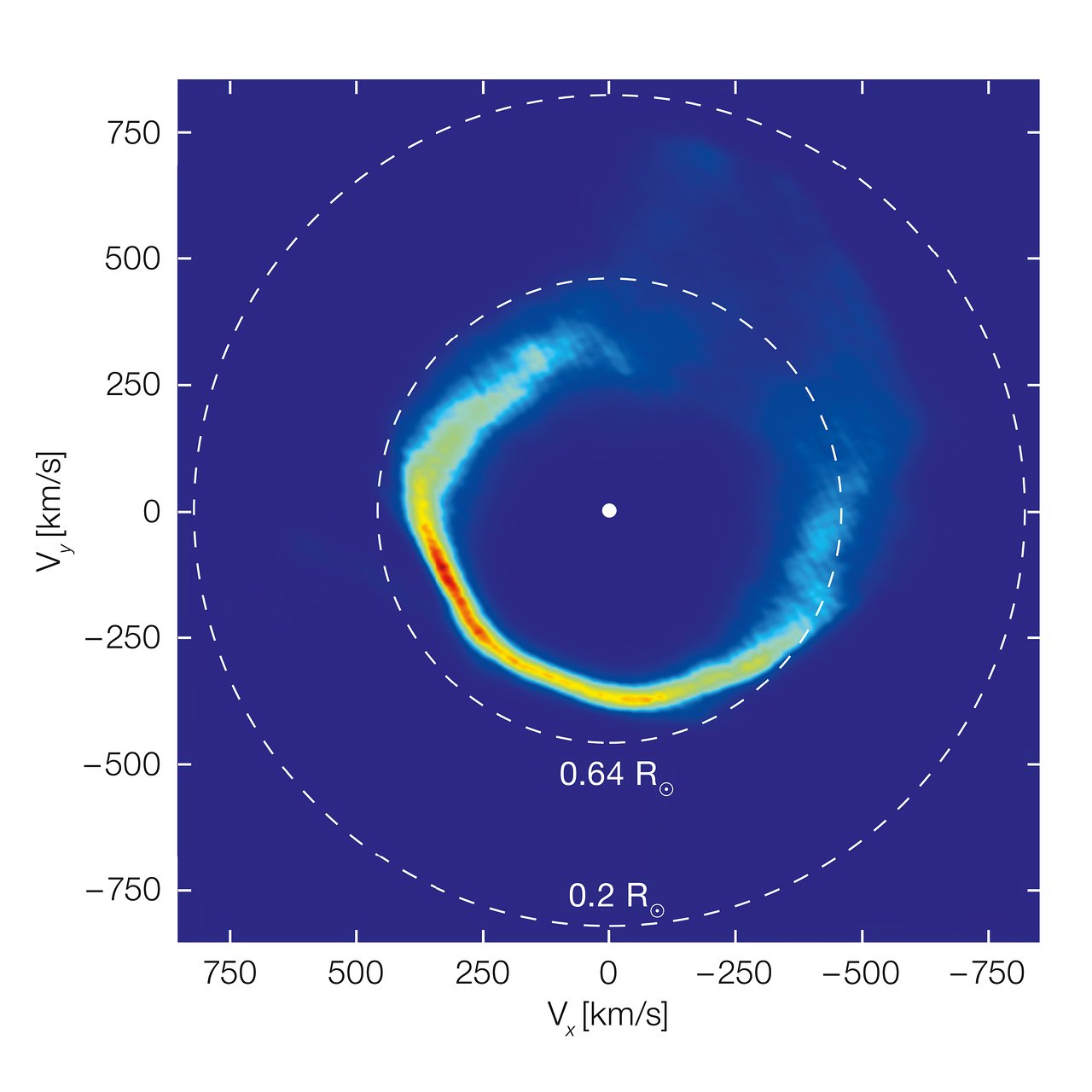 The motions of the material around the white dwarf SDSS J1228+1040 (Credit: University of Warwick/C. Manser/ESO)

The remains of a fatal interaction between a dead star and its asteroid supper have been studied in detail for the first time by an international team of astronomers using the Very Large Telescope at ESO’s Paranal Observatory in Chile. This gives a glimpse of the far-future fate of the Solar System.

Led by Christopher Manser, a PhD student at the University of Warwick in the United Kingdom, the team used data from ESO’s Very Large Telescope (VLT) and other observatories to study the shattered remains of an asteroid around a stellar remnant — a white dwarf called SDSS J1228+1040.

Using several instruments, including the Ultraviolet and Visual Echelle Spectrograph (UVES) and X-shooter, both attached to the VLT, the team obtained detailed observations of the light coming from the white dwarf and its surrounding material over an unprecedented period of twelve years between 2003 and 2015. Observations over periods of years were needed to probe the system from multiple viewpoints [2].

“The image we get from the processed data shows us that these systems are truly disc-like, and reveals many structures that we cannot detect in a single snapshot,” explained lead author Christopher Manser.

The team used a technique called Doppler tomography — similar in principle to medical tomographic scans of the human body — which allowed them to map out in detail the structure of the glowing gaseous remains of the dead star’s meal orbiting J1228+1040 for the first time.

While large stars — those more massive than around ten times the mass of the Sun — suffer a spectacularly violent climax as a supernova explosion at the ends of their lives, smaller stars are spared such dramatic fates. When stars like the Sun come to the ends of their lives they exhaust their fuel, expand as red giants and later expel their outer layers into space. The hot and very dense core of the former star — a white dwarf — is all that remains.

But would the planets, asteroids and other bodies in such a system survive this trial by fire? What would be left? The new observations help to answer these questions. ...

Doppler-imaging of the planetary debris disc at the white dwarf SDSS J122859.93+104032.9 - Christopher J. Manser et al
Know the quiet place within your heart and touch the rainbow of possibility; be
alive to the gentle breeze of communication, and please stop being such a jerk. — Garrison Keillor
Top
1 post • Page 1 of 1