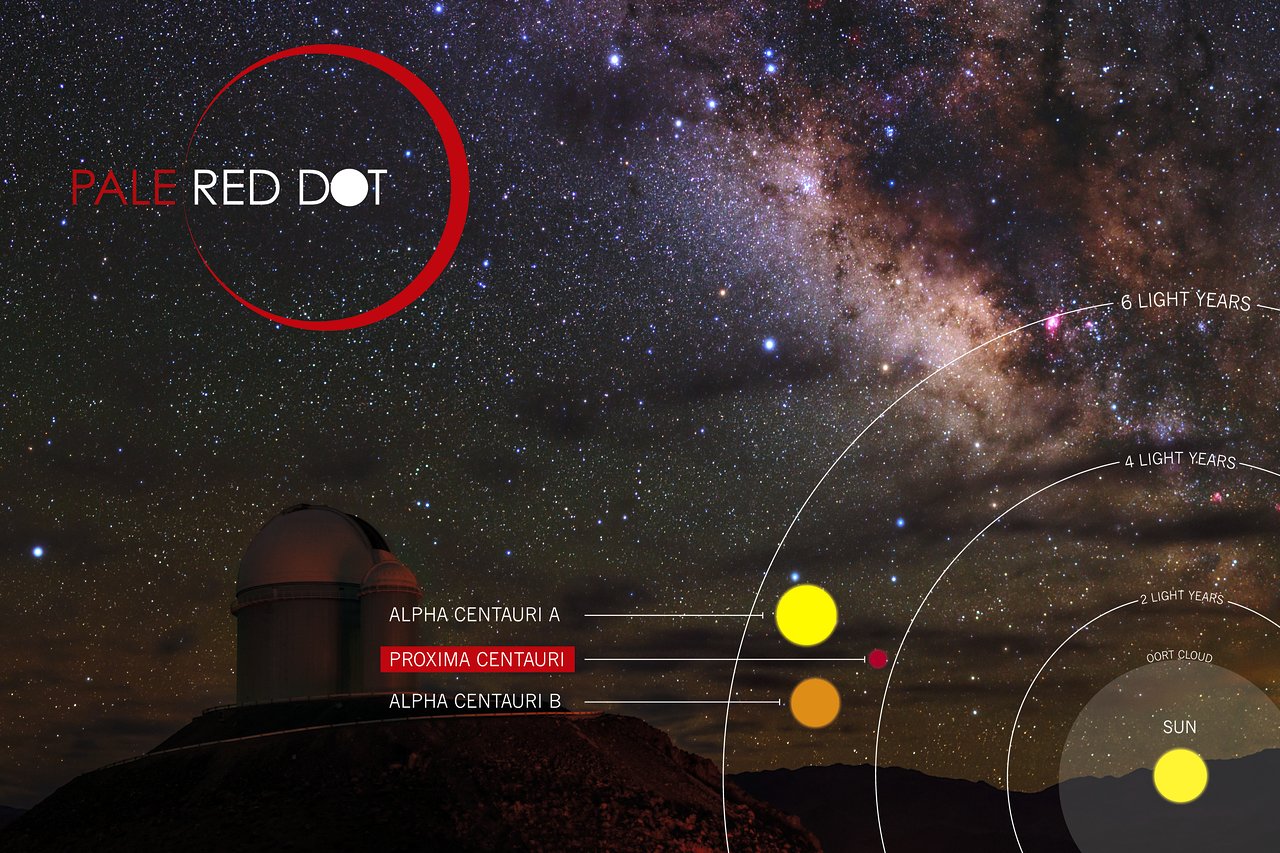 A unique outreach campaign has been launched that will allow the general public to follow scientists from around the globe as they search for an Earth-like exoplanet around the closest star to us, Proxima Centauri. The observing campaign will run from January to April 2016 and will be accompanied by blog posts and social media updates. No one knows what the outcome will be. In the months following the observations, the scientists will analyse the data and submit the results to a peer-reviewed journal.

At a distance of just 4.2 light-years from the Sun, and located in the constellation of Centaurus, Proxima Centauri is the closest known star to the Sun. Previous observations have provided tantalising, but weak hints of a small companion orbiting this red dwarf star, but this new campaign will make a more sensitive search for the telltale wobbles in the dwarf star’s orbital motion that might reveal the presence of an Earth-like orbiting planet.

Observations will be made with the High Accuracy Radial velocity Planet Searcher (HARPS), attached to ESO’s 3.6-metre telescope at La Silla Observatory. The HARPS data will be complemented by images from an assortment of robotic telescopes located across the world [1].

The telescopes that comprise the Burst Optical Observer and Transient Exploring System (BOOTES) and the Las Cumbres Observatory Global Telescope Network (LCOGT) will support the search by measuring the brightness of Proxima Centauri every night during the two and a half month long project. These observations will help astronomers determine whether any detected wobbles in the star’s motion are caused by features on its turbulent surface or by an orbiting planet.

Once the data have been collected by the various telescopes, astronomers can start their analysis. In the following months, their research methods and conclusions will be described in a paper submitted to a peer-reviewed scientific journal. When the scientific community has validated the research, the results will be published, concluding a long and substantial programme of scientific research. ...

https://en.wikipedia.org/wiki/Proxima_Centauri#Habitable_zone wrote:
<<In 1998, an examination of Proxima Centauri using the Faint Object Spectrograph on board the Hubble Space Telescope appeared to show evidence of a companion orbiting at a distance of about 0.5 AU. However, a subsequent search using the Wide Field Planetary Camera 2 failed to locate any companions. Astrometric measurements at the Cerro Tololo Inter-American Observatory appear to rule out a Jovian companion with an orbital period of 2−12 years.

The TV documentary Alien Worlds hypothesized that a life-sustaining planet could exist in orbit around Proxima Centauri or other red dwarfs. Such a planet would lie within the habitable zone of Proxima Centauri, about 0.023–0.054 AU from the star, and would have an orbital period of 3.6–14 days. A planet orbiting within this zone will experience tidal locking to the star, so that Proxima Centauri moves little in the planet's sky, and most of the surface experiences either day or night perpetually. However, the presence of an atmosphere could serve to redistribute the energy from the star-lit side to the far side of the planet.

Proxima Centauri's flare outbursts could erode the atmosphere of any planet in its habitable zone, but the documentary's scientists thought that this obstacle could be overcome. For example, one concern was that the torrents of charged particles from the star's flares could strip the atmosphere off any nearby planet. However, if the planet had a strong magnetic field, the field would deflect the particles from the atmosphere; even the slow rotation of a tidally locked dwarf planet that spins once for every time it orbits its star would be enough to generate a magnetic field, as long as part of the planet's interior remained molten.

Other scientists, especially proponents of the Rare Earth hypothesis, disagree that red dwarfs can sustain life. The tide-locked rotation may result in a relatively weak planetary magnetic moment, leading to strong atmospheric erosion by coronal mass ejections from Proxima Centauri.>>