ALMA: An Extraordinary Celestial Spiral with a Twist

ALMA: An Extraordinary Celestial Spiral with a Twist 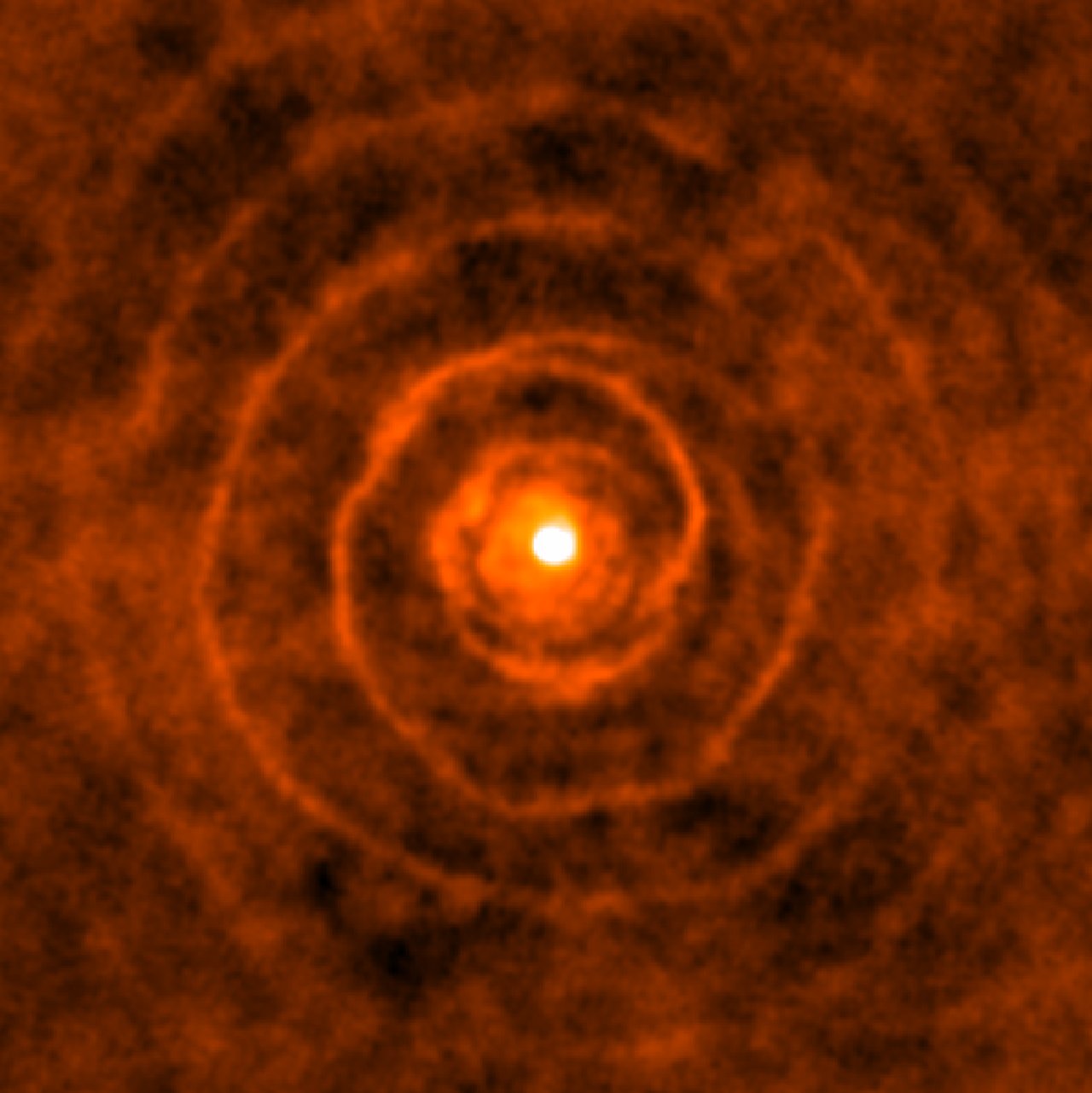 An international team of astronomers using the ALMA have unraveled the elliptical nature of the binary orbit of the old star LL Pegasi and its companion. The figure shows the composite image of molecular gas around LL Pegasi. By comparing this gas distribution with theoretical simulations, the team concluded that the bifurcation of the spiral-shell pattern is resulted from a highly elliptical binary system. Credit: ALMA (ESO/NAOJ/NRAO) / Hyosun Kim et al, 2017, Nature Astro

An international team of astronomers, led by Hyosun Kim in Academia Sinica Institute of Astronomy and Astrophysics (ASIAA, Taiwan), has found a way of deriving the orbital shape of binary stars that have orbital periods too long to be directly measured. This was possible thanks to an observation toward the old star LL Pegasi (also known as AFGL 3068) using the state-of-the-art telescope, the Atacama Large Millimeter/submillimeter Array (ALMA). ...

The new ALMA images reveal the detailed features of spiral-shell pattern imprinted in the gas material continuously ejected from LL Pegasi. A comparison of this observation with computer simulations led the team, for the first time, to the conclusion that a highly elliptical orbit is responsible for the morphology of gas distribution surrounding this binary system. In particular, the bifurcation of the spiral-shell pattern that is clearly visible in the ALMA images, is a unique characteristic of elliptical binaries. This quintessential object opens a new window on the nature of central binaries through the recurrent patterns that reside far from the star at distances of a few thousand the stellar radii. ...

LL Pegasi is a mass-losing giant star with a size of 200 times or more that of the Sun. Among the stellar evolutionary phases, it is currently on the asymptotic giant branch, which reflects the future of the Sun a few billion years from now. This star was spotlighted about 10 years ago due to a picture of an almost-perfect spiral taken with the NASA/ESA Hubble Space Telescope (HST). The presence of a spiral surrounding an old star had never been reported before the discovery of this object. ...

viewtopic.php?t=29737
Know the quiet place within your heart and touch the rainbow of possibility; be
alive to the gentle breeze of communication, and please stop being such a jerk. — Garrison Keillor
Top
1 post • Page 1 of 1