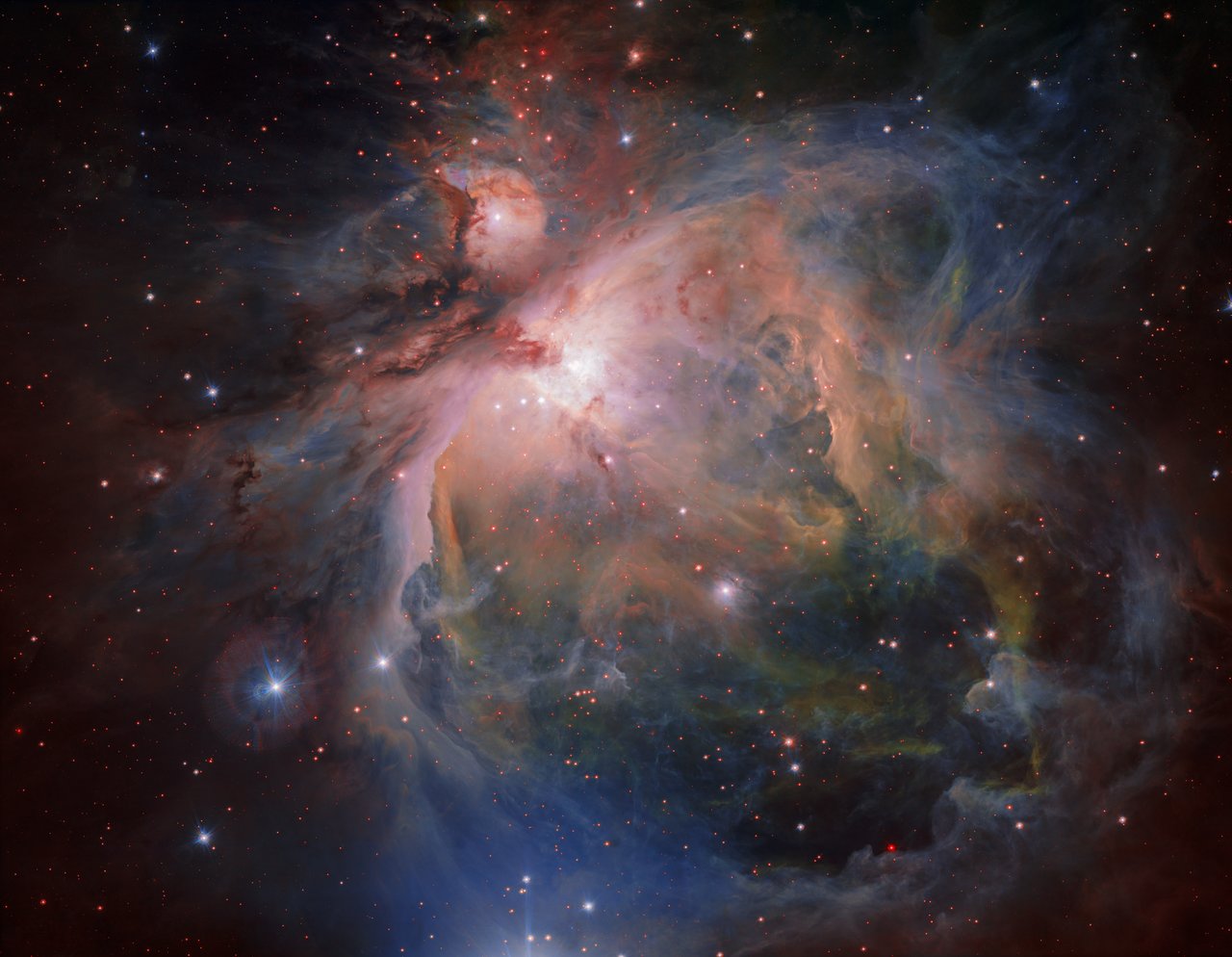 Using new observations from ESO’s VLT Survey Telescope, astronomers have discovered three different populations of young stars within the Orion Nebula Cluster. This unexpected discovery adds very valuable new insights for the understanding of how such clusters form. It suggests that star formation might proceed in bursts, where each burst occurs on a much faster time-scale than previously thought.

OmegaCAM — the wide-field optical camera on ESO’s VLT Survey Telescope (VST) — has captured the spectacular Orion Nebula and its associated cluster of young stars in great detail, producing a beautiful new image. This object is one of the closest stellar nurseries for both low and high-mass stars, at a distance of about 1350 light-years [1].

But this is more than just a pretty picture. A team led by ESO astronomer Giacomo Beccari has used these data of unparallelled quality to precisely measure the brightness and colours of all the stars in the Orion Nebula Cluster. These measurements allowed the astronomers to determine the mass and ages of the stars. To their surprise, the data revealed three different sequences of potentially different ages. ...

The astronomers looked carefully at the possibility that instead of indicating different ages, the different brightnesses and colours of some of the stars were due to hidden companion stars, which would make the stars appear brighter and redder than they really were. But this idea would imply quite unusual properties of the pairs, which have never before been observed. Other measurements of the stars, such as their rotation speeds and spectra, also indicated that they must have different ages [2]. ...


A Tale of Three Cities: OmegaCAM discovers multiple sequences
in the color-magnitude diagram of the Orion Nebula Cluster - G. Beccari et al
Know the quiet place within your heart and touch the rainbow of possibility; be
alive to the gentle breeze of communication, and please stop being such a jerk. — Garrison Keillor
Top
1 post • Page 1 of 1