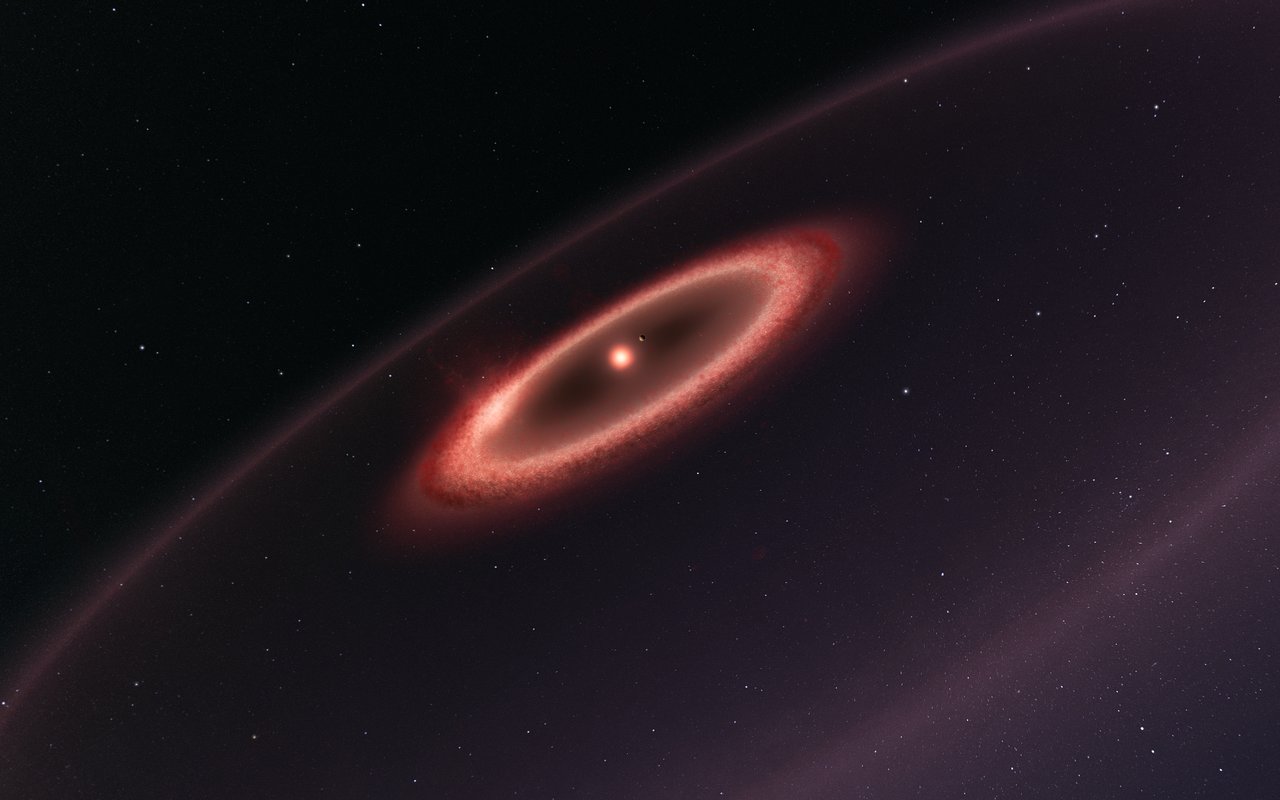 The ALMA Observatory in Chile has detected dust around the closest star to the Solar System, Proxima Centauri. These new observations reveal the glow coming from cold dust in a region between one to four times as far from Proxima Centauri as the Earth is from the Sun. The data also hint at the presence of an even cooler outer dust belt and may indicate the presence of an elaborate planetary system. These structures are similar to the much larger belts in the Solar System and are also expected to be made from particles of rock and ice that failed to form planets.

Proxima Centauri is the closest star to the Sun. It is a faint red dwarf lying just four light-years away in the southern constellation of Centaurus (The Centaur). It is orbited by the Earth-sized temperate world Proxima b, discovered in 2016 and the closest planet to the Solar System. But there is more to this system than just a single planet. The new ALMA observations reveal emission from clouds of cold cosmic dust surrounding the star. ...

Dust appears to lie in a belt that extends a few hundred million kilometres from Proxima Centauri and has a total mass of about one hundredth of the Earth’s mass. This belt is estimated to have a temperature of about –230 degrees Celsius, as cold as that of the Kuiper Belt in the outer Solar System. ...


ALMA Discovery of Dust Belts Around Proxima Centauri - Guillem Anglada et al
Know the quiet place within your heart and touch the rainbow of possibility; be
alive to the gentle breeze of communication, and please stop being such a jerk. — Garrison Keillor
Top
1 post • Page 1 of 1