Keck: Planets around Other Stars are like Peas in a Pod

Keck: Planets around Other Stars are like Peas in a Pod

Planets around Other Stars are like Peas in a Pod
W. M. Keck Observatory | University of Montreal | 2018 Jan 09 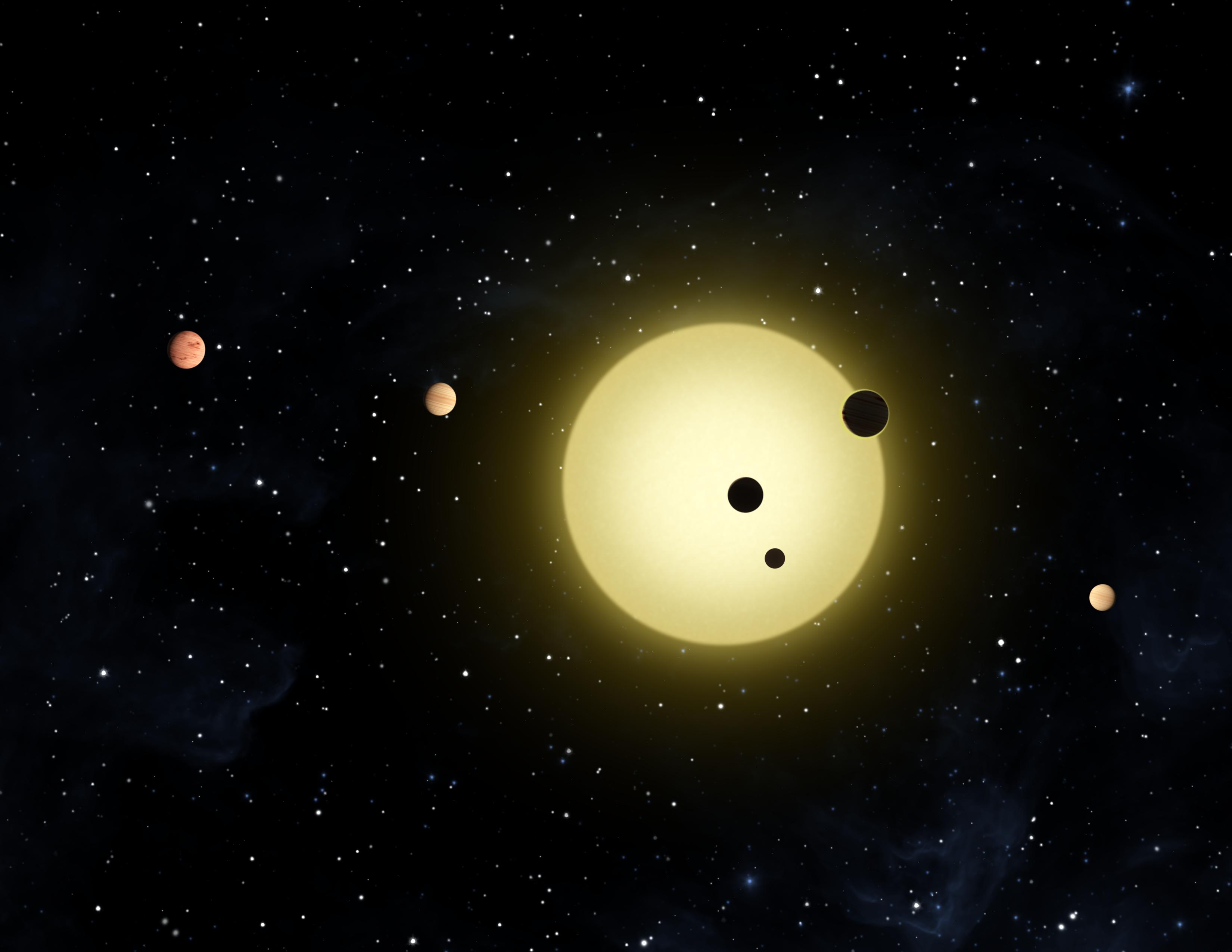 The Kepler-11 planetary system is one of the multi-planet systems studied by Dr. Weiss and her colleagues. Credit: NASA/Ames/JPL/T. Pyle

An international research team led by Université de Montréal astrophysicist Lauren Weiss has discovered that exoplanets orbiting the same star tend to have similar sizes and a regular orbital spacing.

This pattern, revealed by new W. M. Keck Observatory observations of planetary systems discovered by the Kepler Telescope, could suggest that most planetary systems have a different formation history than our solar system.

Thanks in large part to the NASA Kepler Telescope, launched in 2009, many thousands of exoplanets are now known. This large sample allows researchers to not only study individual systems, but also to draw conclusions on planetary systems in general. ...


The California-Kepler Survey V. Peas in a Pod: Planets in a Kepler
Multi-Planet System are Similar in Size and Regularly Spaced - Lauren M. Weiss et al
Know the quiet place within your heart and touch the rainbow of possibility; be
alive to the gentle breeze of communication, and please stop being such a jerk. — Garrison Keillor
Top
1 post • Page 1 of 1