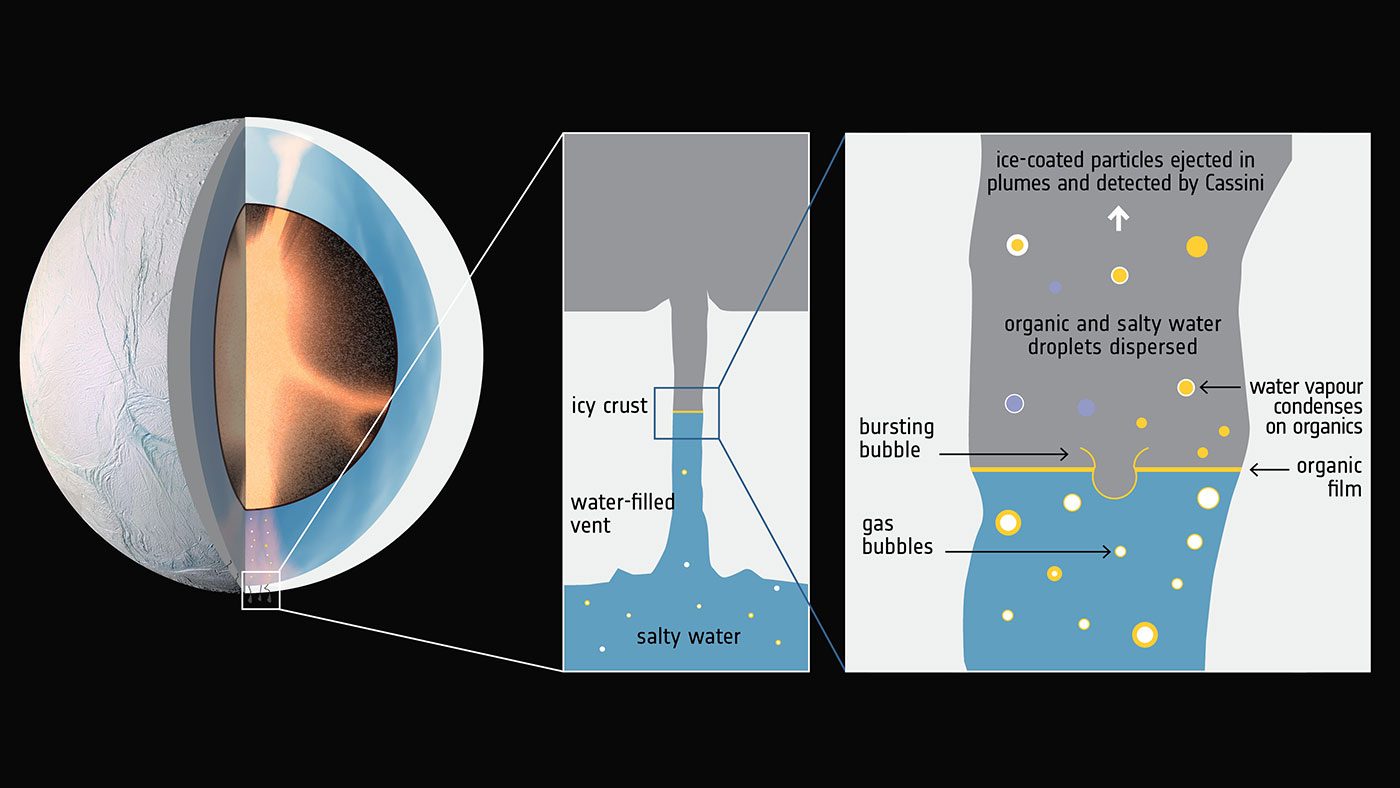 Powerful hydrothermal vents mix up material from the moon’s water-filled, porous core with water from the moon’s massive subsurface ocean – and it is released into space, in the form of water vapor and ice grains. A team led by Frank Postberg and Nozair Khawaja of the University of Heidelberg, Germany, continues to examine the makeup of the ejected ice and has recently identified fragments of large, complex organic molecules.

Previously, Cassini had detected small, relatively common organic molecules at Enceladus that were much smaller. Complex molecules comprising hundreds of atoms are rare beyond Earth. The presence of the large complex molecules, along with liquid water and hydrothermal activity, bolsters the hypothesis that the ocean of Enceladus may be a habitable environment for life. ...

Macromolecular organic compounds from the depths of Enceladus - Frank Postberg et al
Know the quiet place within your heart and touch the rainbow of possibility; be
alive to the gentle breeze of communication, and please stop being such a jerk. — Garrison Keillor
Top

Re: Cassini: Complex Organics Bubble up from Ocean-World Enceladus 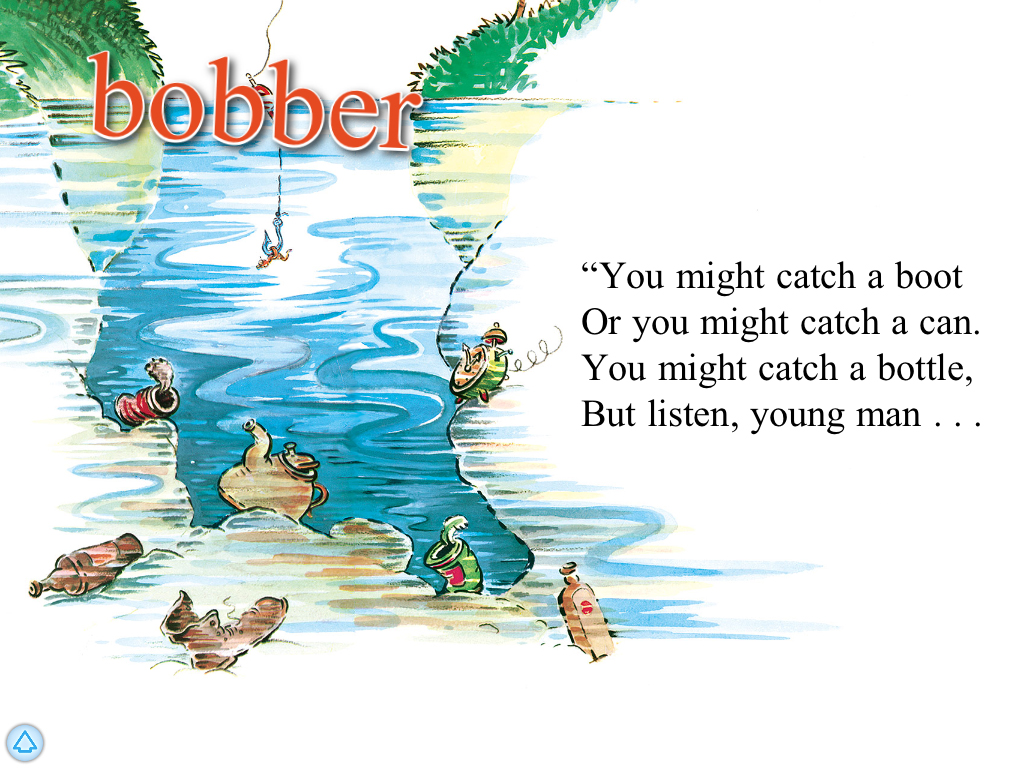 <<McElligot's Pool is a children's book written and illustrated by Theodor Geisel. In the story, a boy named Marco, who first appeared in Geisel's 1937 book And to Think That I Saw It on Mulberry Street, imagines a wide variety of strange fish that could be swimming in the pond in which he is fishing. The story begins as a boy named Marco fishes in a small, trash-filled pond, McElligot's Pool. A local farmer laughs at the boy and tells him that he is never going to catch anything. Nevertheless, Marco holds out hope and begins to imagine a scenario in which he might be able to catch a fish. First, he suggests that the pool might be fed by an underground brook that travels under a highway and a hotel to reach the sea. Marco then imagines a succession of fish and other creatures that could be in the sea and therefore the pool. He imagines, among others, a fish with a checkerboard stomach, a seahorse with the head of an actual horse, and an eel with two heads. When Marco is done imagining, he tells the farmer,
"Oh, the sea is a so full of a number of fish,
If a fellow is patient, he might get his wish!">>