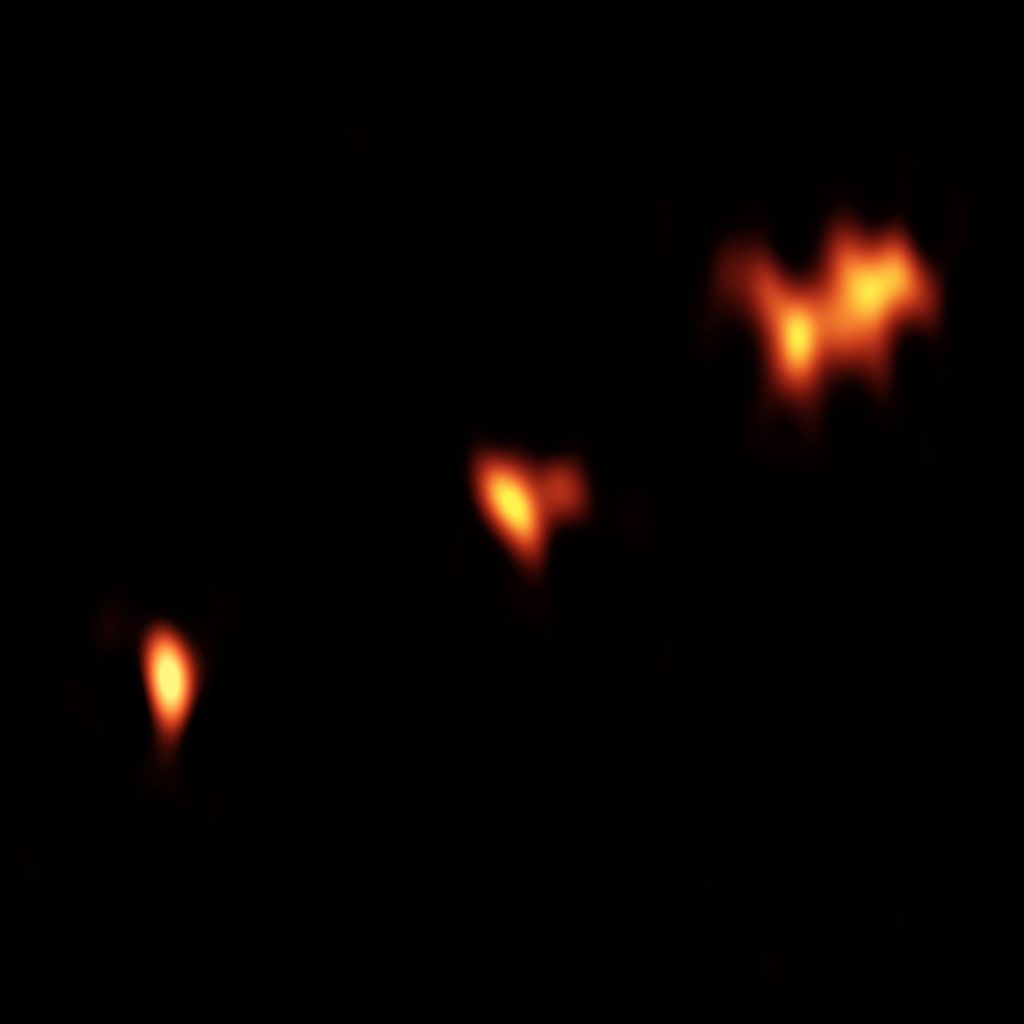 VLBA image of the quasar P352–15, at a distance of nearly 13 billion light-years from Earth. Three main components of the object are seen, with two of them showing further substructure. (Credit: Momjian, et al.; B. Saxton (NRAO/AUI/NSF))

Astronomers using the National Science Foundation’s Very Long Baseline Array (VLBA) have made an image revealing tantalizing details of a quasar nearly 13 billion light-years from Earth -- an object that may provide important clues about the physical processes at work in the universe’s first galaxies.

The scientists studied a quasar called PSO J352.4034-15.3373 (P352-15), an unusually bright emitter of radio waves for an object so distant. The extremely sharp radio “vision” of the VLBA showed the object split into three major components, two of which show further subdivision. The components are spread over a distance of only about 5,000 light-years. ...

The astronomers said the three major components of P352-15 can be explained in one of two ways. One explanation is that they’re seeing the bright core of the quasar, corresponding to the location of the supermassive black hole itself, at one end, and the two other bright spots are parts of a one-sided jet. The other possibility is that their middle object is the core, and the other objects are jets ejected in opposite directions. Because one of the end objects is closest to the position of the quasar as seen with visible-light telescopes, they consider the one-sided jet to be the more likely explanation.

The one-sided jet explanation raises the exciting possibility that astronomers may be able to detect and measure the expansion of the jet by observing P352-15 over several years. ...