Compositon of the last total lunar eclipse (July, 27 2018) made from 3 frames (ingress, totality, egress) each postprocessed in HDR in order to catch the correct exposition for both the illuminated part of the Moon and the part covered by the Earth shadow.
An apochromatic telescope (72mm f/6) with a telecentric 2.5x Barlow lens has been used together with a DSLR Canon 650D full spectrum modified camera.
Postprocessing by Photoshop CS3.
Images taken from Bari - Italy
Luigi Fiorentino

https://flic.kr/p/N2je6N
You do not have the required permissions to view the files attached to this post.
Top

The bright planet Mars, Milky Way's core and a Perseid Meteor, captured at the westernmost point of the Algarve on the night of August 12 at 23:40 UT.

Clear Skies,
Sebastian
You do not have the required permissions to view the files attached to this post.
Top

From August 5th through August 15th we were very fortunate to experience extremely steady, clear and dark skies in Julian, CA. This is the second of 6 objects I captured during this time.

"NGC 7331 is an unbarred spiral galaxy about 40 million light-years away in the constellation Pegasus. It was discovered by William Herschel in 1784. The galaxy is similar in size and structure to the Milky Way, and is often referred to as "the Milky Way's twin". However, discoveries in the 2000s regarding the structure of the Milky Way may call this similarity into doubt, particularly because the latter is now believed to be a barred spiral, compared to the unbarred status of NGC 7331."

WR134 Small.jpg
Deep Sky West
You do not have the required permissions to view the files attached to this post.
Top

Perseids from Stone Dolls, Kratovo, Macedonia on August 12, 2018. The Stone Dolls are natural geologic phenomenon that resemble human figures, hence the name. In the folklore these rocks are presented as wedding ceremony with bride and groom in the center, guests on the right side and in-laws on the left side. 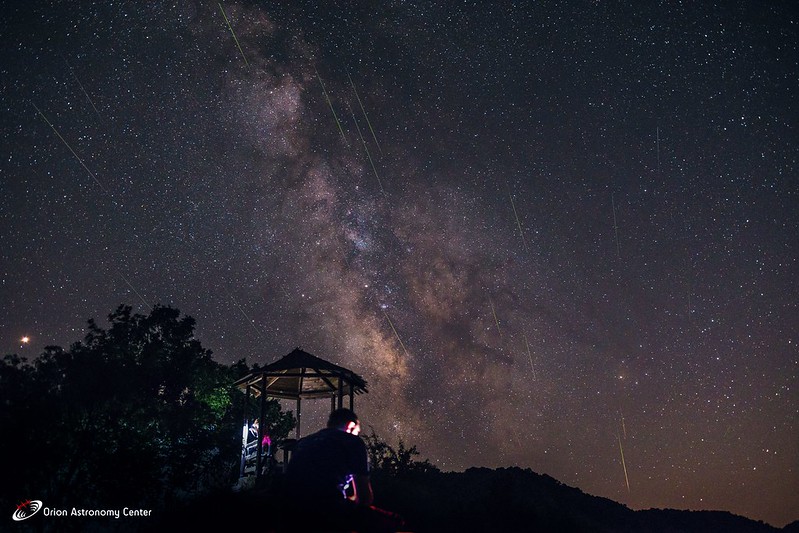 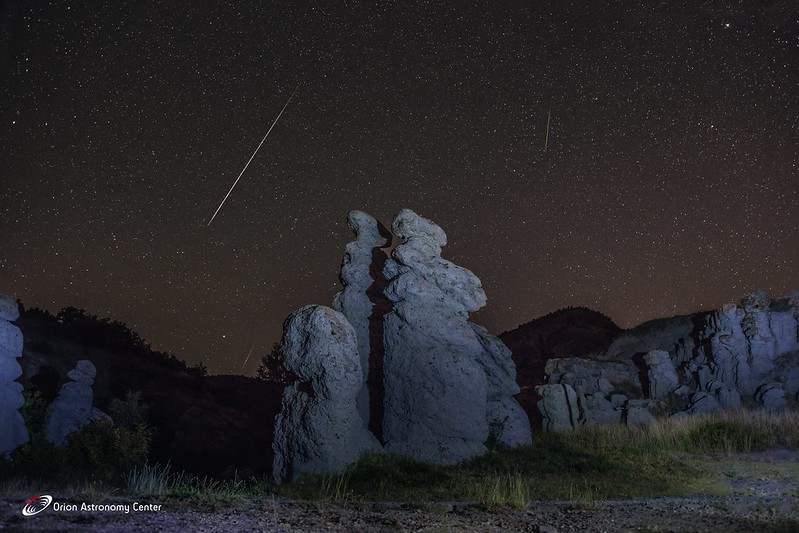 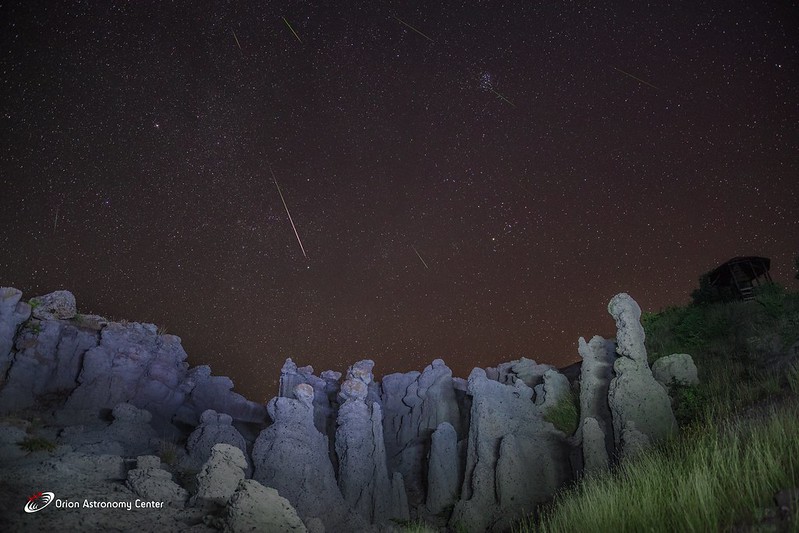 Did you remove your picture of Stephan's Quintet, LuigiF? 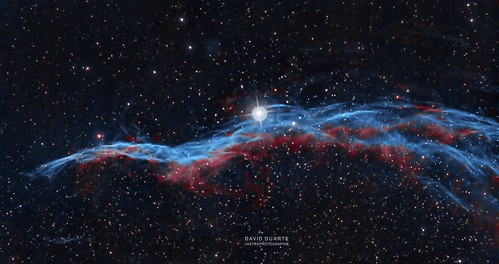 Explanation: Brilliant Perseid fireballs captured on 12 of August 2018 at 21:55 UT over Bieszczady mountains in Poland. This particular place is considered without doubts as the darkest site in Poland. The animation is bonus and is built from cropped 30-second exposures taken at ISO 3200, F/2.8. Particularly bright event (-8 mag) that displayed near zenith left beautiful persistent trail and gentle shockwave after couple of minutes. Credits and copyright to Damian Demendecki.
Last edited by bystander on Sat Aug 18, 2018 12:30 am, edited 1 time in total.
Reason: Please, no hotlinks to images > 500Kb.
Top

The Tarantula nebula in full glory. 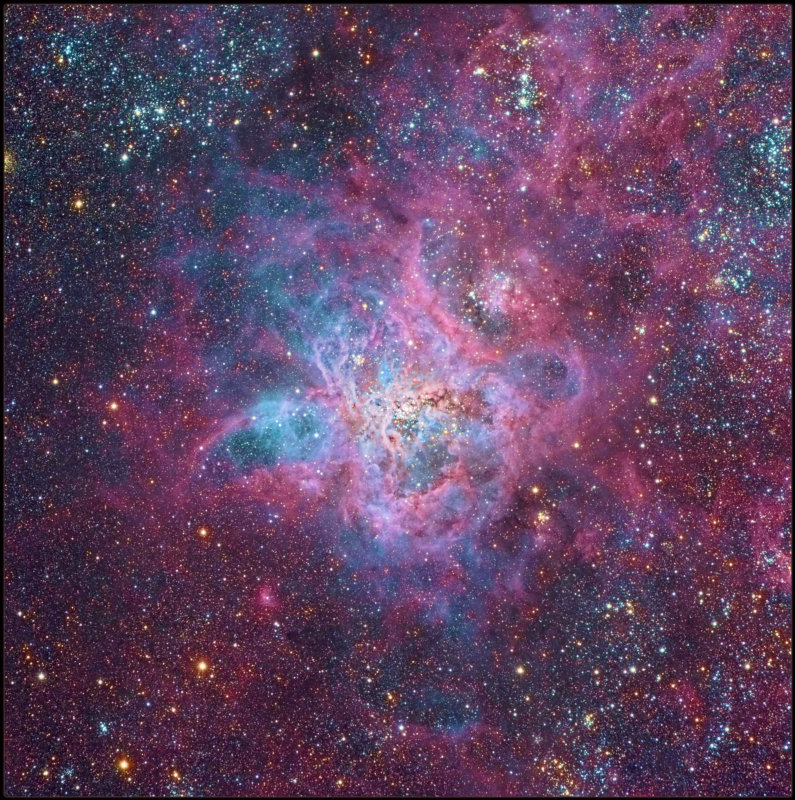 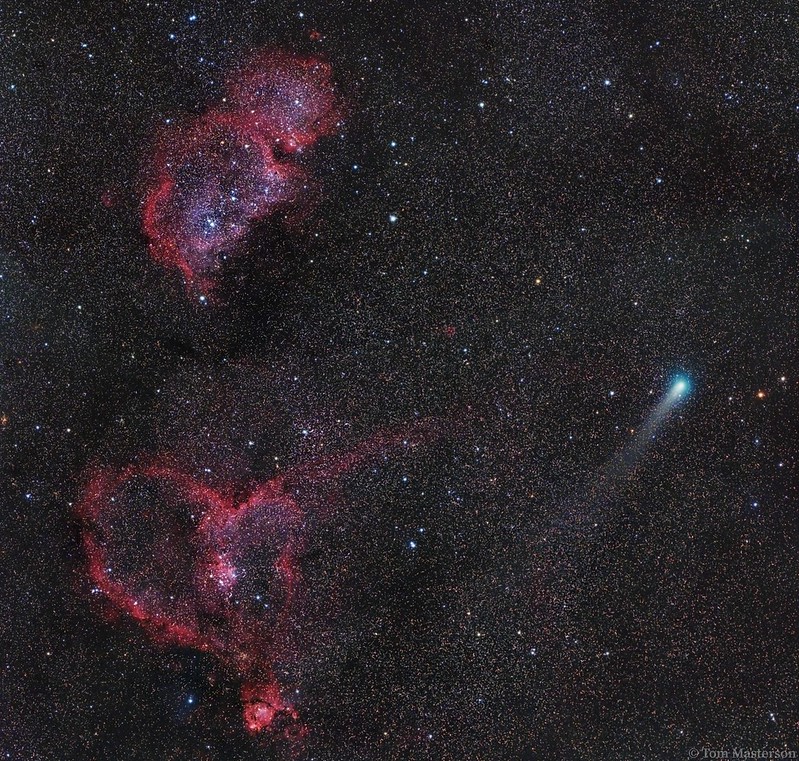 Comet 21P/Giacobini-Zinner Visits the Heart And Soul Nebulae by Transient Astronomer, on Flickr

From August 5th through August 15th we were very fortunate to experience extremely steady, clear and dark skies in Julian, CA. This is the third of 6 objects I captured during this time.

"Arp 273 is a pair of interacting galaxies, lying 300 million light years away in the constellation Andromeda. It was first described in the Atlas of Peculiar Galaxies, compiled by Halton Arp in 1966. The larger of the spiral galaxies, known as UGC 1810, is about five times more massive than the smaller galaxy. It has a disc that is tidally distorted into a rose-like shape by the gravitational pull of the companion galaxy below it, known as UGC 1813. The smaller galaxy shows distinct signs of active star formation at its nucleus, and it is thought that the smaller galaxy has actually passed through the larger one." 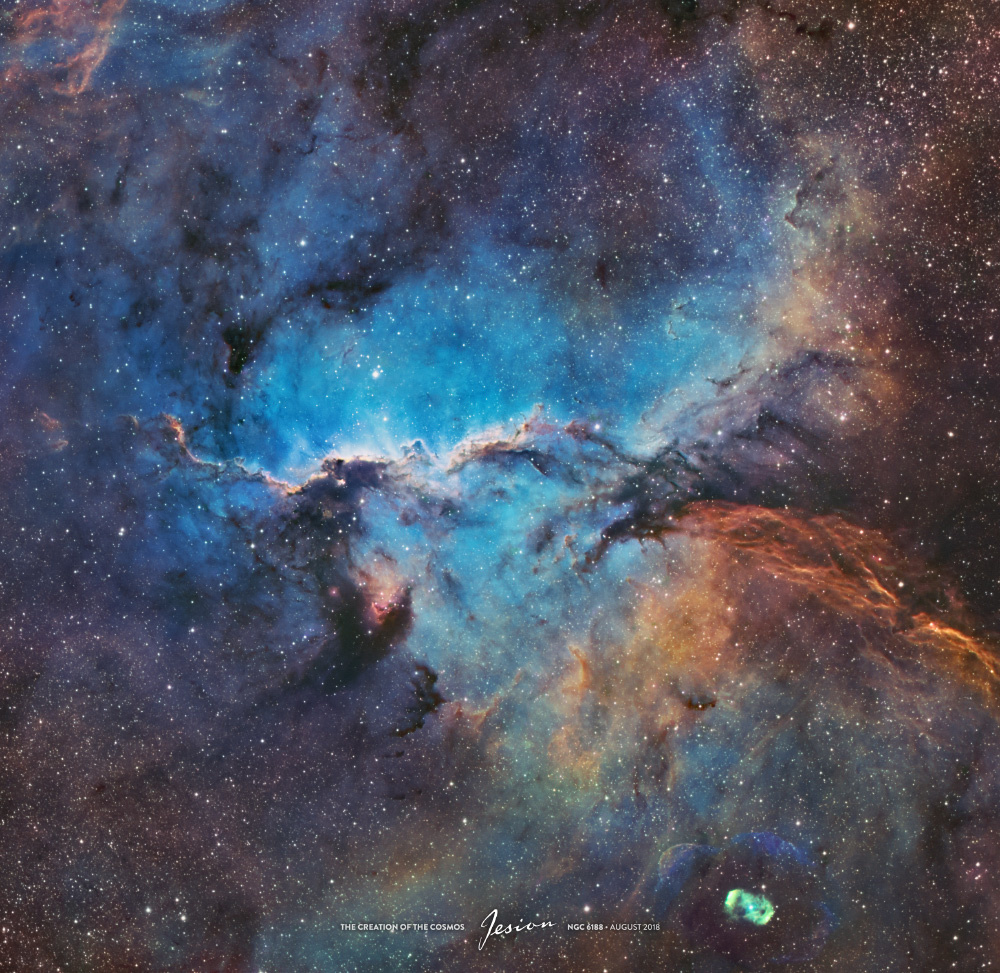 From August 5th through August 15th we were very fortunate to experience extremely steady, clear and dark skies in Julian, CA. This is the fourth of 6 objects I captured during this time.

"The Trifid Nebula is an H II region located in Sagittarius 5,000 ly from Earth. It was discovered by Charles Messier on June 5, 1764. Its name means 'divided into three lobes'. The object is an unusual combination of an open cluster of stars; an emission nebula (the upper, red portion), a reflection nebula (the lower, blue portion) and a dark nebula (the apparent 'gaps' within the emission nebula that cause the trifurcated appearance; these are also designated Barnard 85). Viewed through a small telescope, the Trifid Nebula is a bright and peculiar object, and is thus a perennial favorite of amateur astronomers.

The Trifid Nebula is a star-forming region in the Scutum spiral arm of the Milky Way. The most massive star that has formed in this region is HD 164492A, an O7.5III star with a mass more than 20 times the mass of the Sun. This star is surrounded by a cluster of approximately 3100 young stars."

Recorded comet 21P/Giacobini-Zinner passing by the famous Heart- and Soul Nebula with my mobile setup - Star Adventurer tracker with 180mm lens and modified full format NIKON DSLR.
Luckily a late Perseid passed the Heart Nebula during recording - see the left side of the heart to find that meteorite!

IC 5146 Inside the Cocoon Nebula

Inside the Cocoon Nebula is a newly developing cluster of stars. Cataloged as IC 5146, the beautiful nebula is nearly 15 light-years wide, located some 4,000 light years away toward the northern constellation Cygnus. Like other star forming regions, it stands out in red, glowing, hydrogen gas excited by young, hot stars and blue, dust-reflected starlight at the edge of an otherwise invisible molecular cloud. In fact, the bright star near the center of this nebula is likely only a few hundred thousand years old, powering the nebular glow as it clears out a cavity in the molecular cloud's star forming dust and gas. This exceptionally deep color view of the Cocoon Nebula traces tantalizing features within and surrounding the dusty stellar nursery. 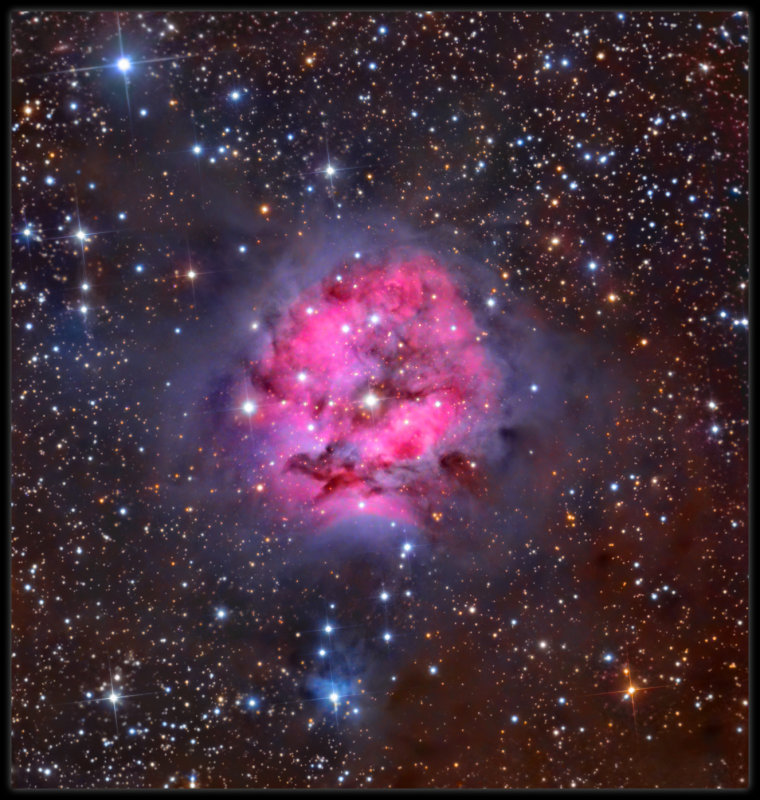 V1, "The Star that Changed the Universe" annotated in this image made with 100mm Esprit APO and QHY16200 CCD using 2x drizzle in AstroPixelProcessor. Full info on Flickr.
Top

This is not the Fireworks Galaxy

Actually, this is the Triangulum Galaxy (or Messier 33). A fireball happened to pass nearby, leaving its bright trail. The dust cloud at right, is part of the so-called Integrated Flux Nebula. These clouds glow because they reflect the combined light of all the stars in the the Milky Way. 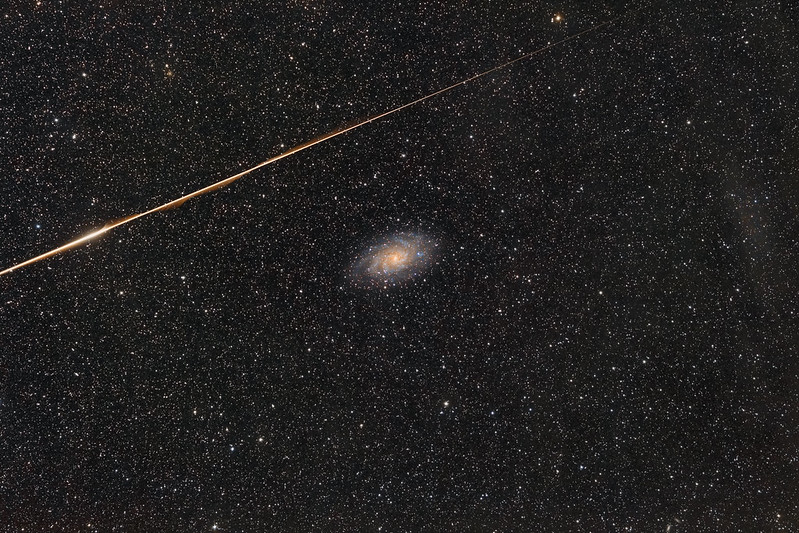 The Large Magellanic Cloud
It was once considered the galaxy closest to us, it was the first time I saw her naked eye,
I was frightened by her proportion to Heaven.
The photo below was a composition of 40 images of 100 seconds and then the subtraction of a single frame was carried out to keep the house underneath (of a lot of work).

Copyright: Fernando Oliveira de Menezes
My_Picture.jpg
You do not have the required permissions to view the files attached to this post.
Top

A beautiful view of andromeda
During the meeting in munhoz, I had the idea to realize a capture of the galaxy of andromeda and the sky around him. I was impressed by the image, the taste of enjoying our beautiful sky

VIA LACTEA CENTRAL REGION
The image shows the central region of the lactea, and the contrasts of the nebulae, mainly of the nebula of the lagoon.
In the Image accessed by the link https://www.astrobin.com/full/361582/0/?nc=, above the nebula and trifid, appears Saturn.

We observed several dark nebulae, among them the pipe nebula, the largest at the bottom

Canon 6D
Lens 50mm 1.8
Munhoz - MG - Brazil
08/08/2018
Copyright: Fernando Oliveira de Menezes
My_Picture.jpg
You do not have the required permissions to view the files attached to this post.
Top 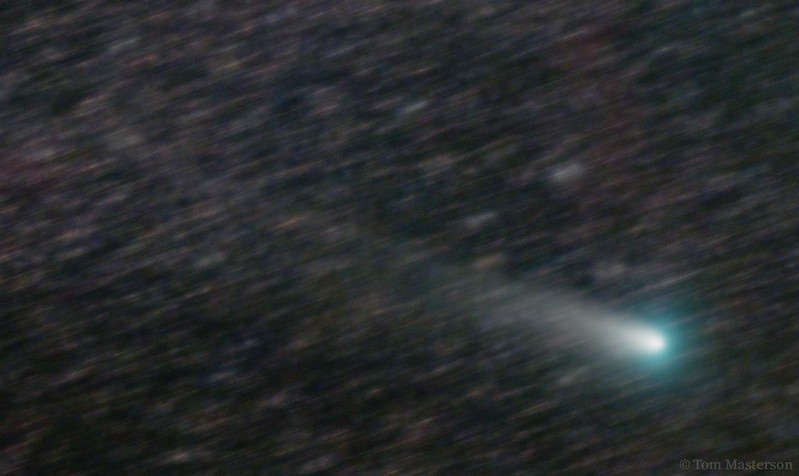