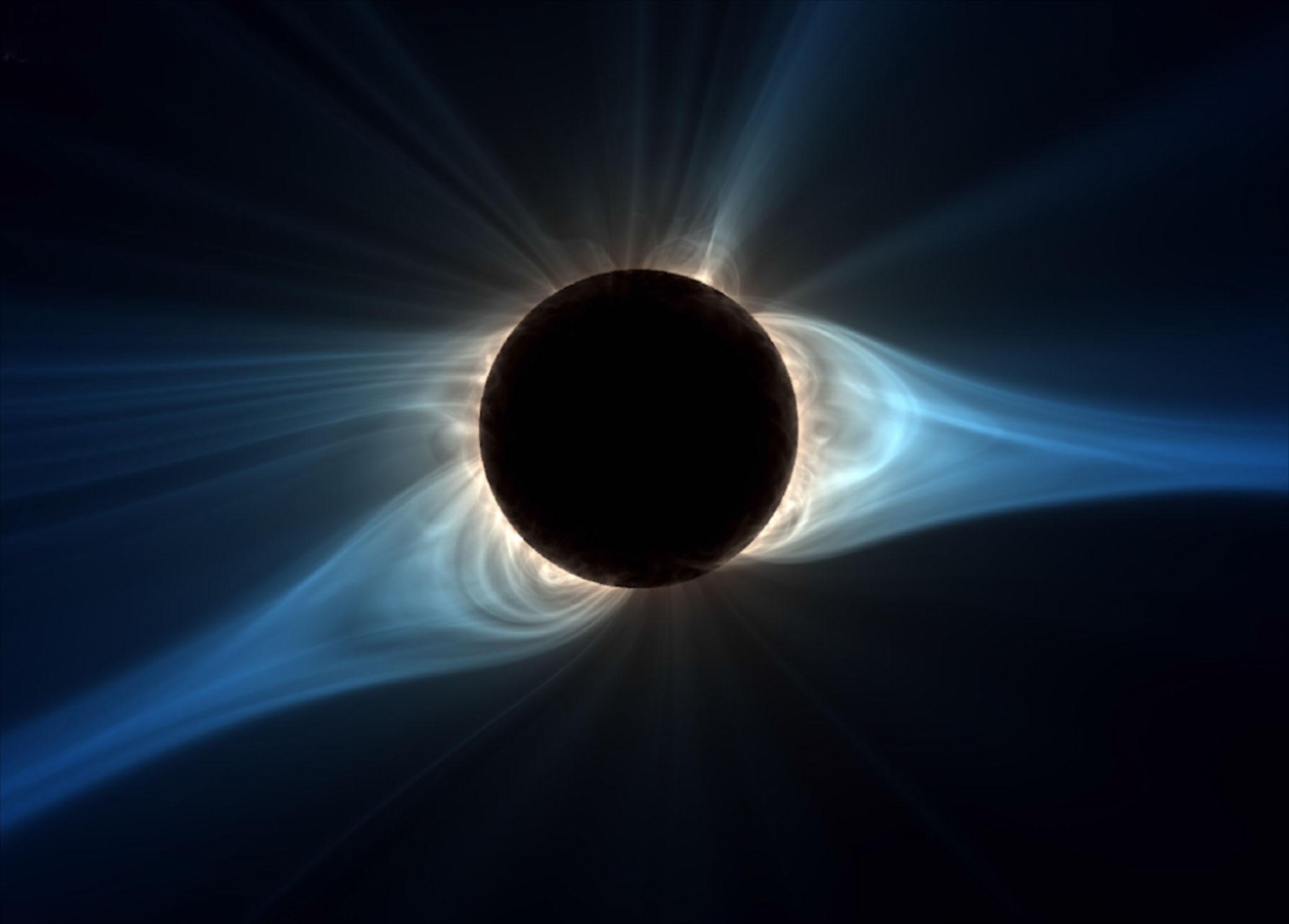 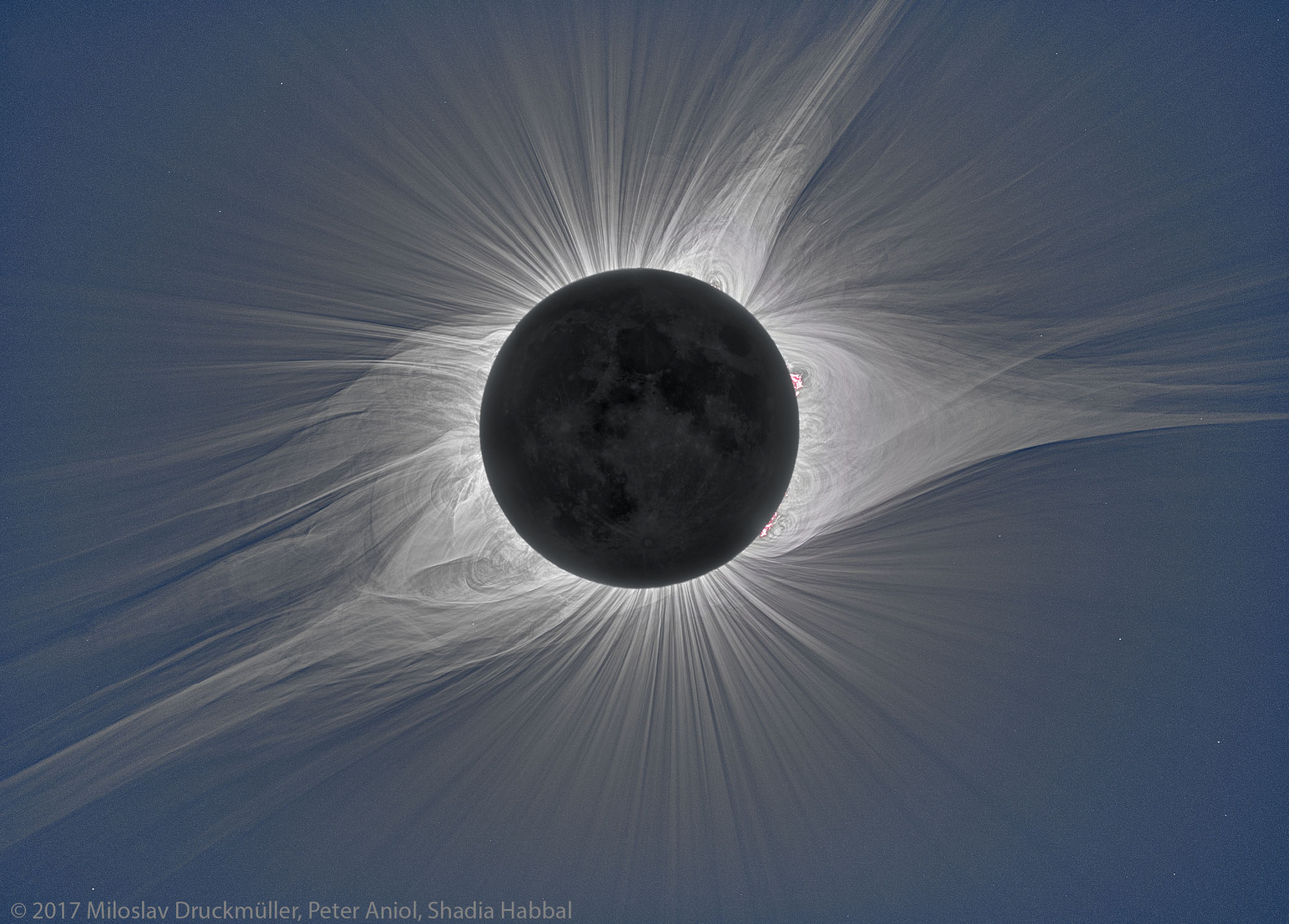 Predictive Science developed a numerical model that simulated what the corona would
look like during the 2017 Aug 21 total solar eclipse. Slide mouse over image to compare
a composite image generated from photographs taken on the day of the total eclipse
(image 2) to the model’s predictions (image 1). Credits: Predictive Science Inc
/Miloslav Druckmüller, Peter Aniol, Shadia Habbal/NASA Goddard, Joy Ng
Last summer’s solar corona was spectacular at the August 21 total solar eclipse, but a team of scientists had predicted its shape pretty well. This pearly white halo of brightness around the sun, normally hidden behind the blue sky, is actually spiky, like a porcupine’s quills. During the eclipse, for those in the 60-mile-wide band of totality that stretched from Oregon through parts of 14 states to South Carolina, viewers were treated to streamers to the sides of the sun, starting broad at their bases and coming to points at higher levels, while thin plumes of gas were visible at the sun’s north and south poles.

The overall form of the streamers was predicted on the basis of the sunspots and magnetic field on the everyday sun’s surface over the preceding month, as described in a scientific paper appearing today (August 27) in the journal Nature Astronomy. Led by its scientists Zoran Mikic, Cooper Downs, and Jon Linker of Predictive Science, a research company based in San Diego, California, a few days before the eclipse the team posted a prediction of the shape of the corona.

The published Nature Astronomy paper compared the calculated advance appearance of the corona with actual coronal images. However, because the corona falls off in brightness by 1000 times within the first sun’s radius above its edge, dozens of individual photographs must be combined to show the shapes of the corona over a wide range of heights. In the article, high-contrast images composited by Czech computer scientist Miloslav Druckmüller from the Brno University of Technology and lower-contrast images in a collaboration between Williams College astronomer Jay Pasachoff with computer work by New York electronic-music expert Wendy Carlos both showed successful agreement with the predictions. ...

Predicting the Corona for the 21 August 2017 Total Solar Eclipse ~ Zoran Mikić et al
Know the quiet place within your heart and touch the rainbow of possibility; be
alive to the gentle breeze of communication, and please stop being such a jerk. — Garrison Keillor
Top
1 post • Page 1 of 1