NASA/JPL: Dust Storms on Titan Spotted for the First Time

NASA/JPL: Dust Storms on Titan Spotted for the First Time 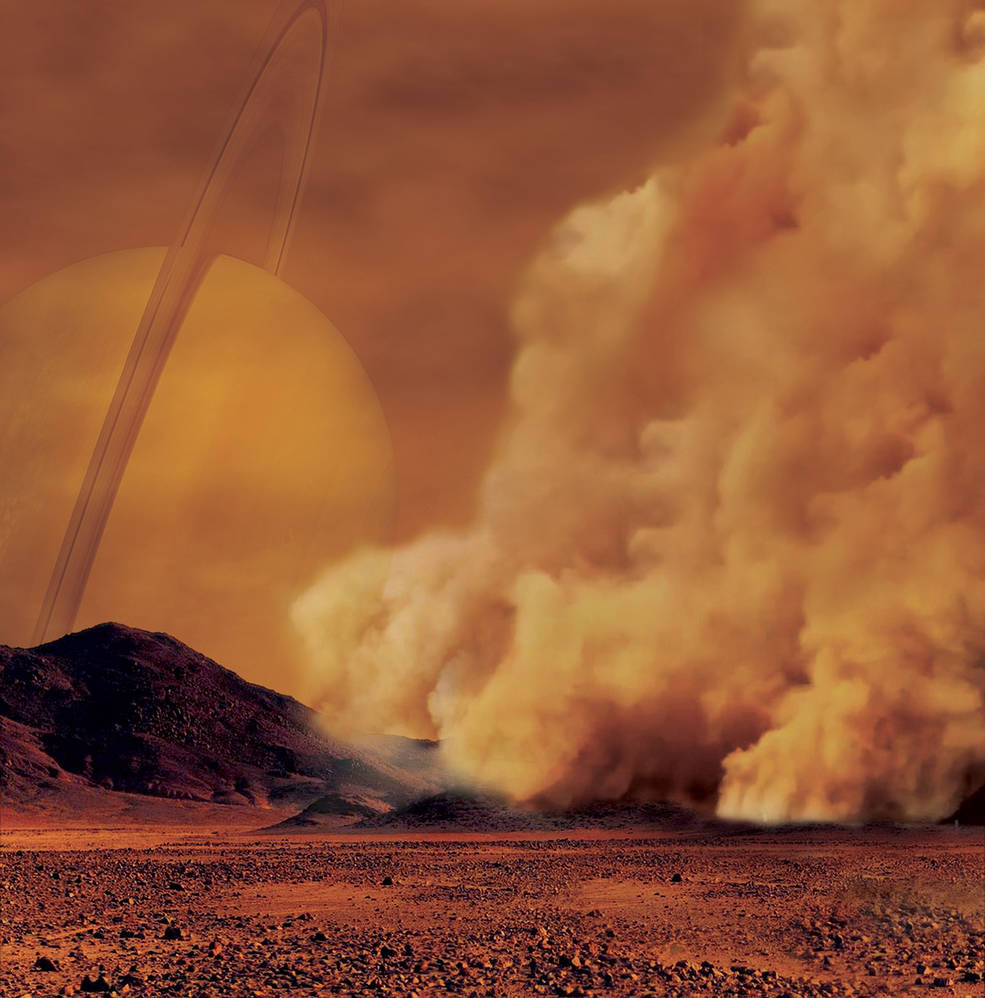 Data from NASA's Cassini spacecraft has revealed what appear to be giant dust storms in equatorial regions of Saturn's moon Titan. The discovery, described in a paper published on Sept. 24 in Nature Geoscience, makes Titan the third Solar System body, in addition to Earth and Mars, where dust storms have been observed.

The observation is helping scientists to better understand the fascinating and dynamic environment of Saturn's largest moon. ...

When Rodriguez and his team first spotted three unusual equatorial brightenings in infrared images taken by Cassini around the moon's 2009 northern equinox, they thought they might be the same kind of methane clouds; however, an investigation revealed they were something completely different. ...

modeling showed that the features must be atmospheric but still close to the surface -- most likely forming a very thin layer of tiny solid organic particles. Since they were located right over the dune fields around Titan's equator, the only remaining explanation was that the spots were actually clouds of dust raised from the dunes.

Organic dust is formed when organic molecules, formed from the interaction of sunlight with methane, grow large enough to fall to the surface. Rodriguez said that while this is the first-ever observation of a dust storm on Titan, the finding is not surprising. ...


Observational Evidence for Active Dust Storms on Titan at Equinox ~ S. Rodriguez et al
Know the quiet place within your heart and touch the rainbow of possibility; be
alive to the gentle breeze of communication, and please stop being such a jerk. — Garrison Keillor
Top
1 post • Page 1 of 1