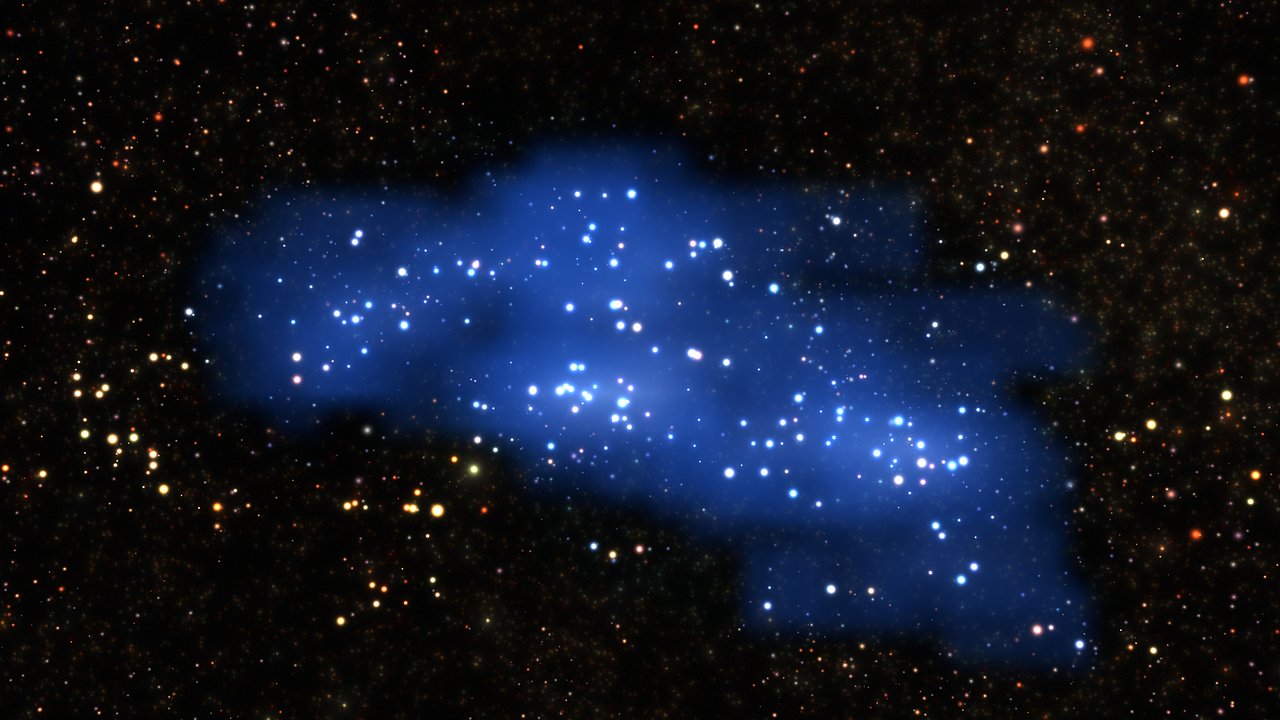 An international team of astronomers using the VIMOS instrument of ESO’s Very Large Telescope have uncovered a titanic structure in the early Universe. This galaxy proto-supercluster — which they nickname Hyperion — was unveiled by new measurements and a complex examination of archive data. This is the largest and most massive structure yet found at such a remote time and distance — merely 2 billion years after the Big Bang.

A team of astronomers, led by Olga Cucciati of Istituto Nazionale di Astrofisica (INAF) Bologna, have used the VIMOS instrument on ESO’s Very Large Telescope (VLT) to identify a gigantic proto-supercluster of galaxies forming in the early Universe, just 2.3 billion years after the Big Bang. This structure, which the researchers nicknamed Hyperion, is the largest and most massive structure to be found so early in the formation of the Universe [1]. The enormous mass of the proto-supercluster is calculated to be more than one million billion times that of the Sun. This titanic mass is similar to that of the largest structures observed in the Universe today, but finding such a massive object in the early Universe surprised astronomers. ...

Located in the COSMOS field in the constellation of Sextans (The Sextant), Hyperion was identified by analysing the vast amount of data obtained from the VIMOS Ultra-deep Survey led by Olivier Le Fèvre (Aix-Marseille Université, CNRS, CNES). The VIMOS Ultra-Deep Survey provides an unprecedented 3D map of the distribution of over 10 000 galaxies in the distant Universe.

The team found that Hyperion has a very complex structure, containing at least 7 high-density regions connected by filaments of galaxies, and its size is comparable to nearby superclusters, though it has a very different structure. ...


The Progeny of a Cosmic Titan: A Massive Multi-Component Proto-Supercluster in Formation at z = 2.45 in VUDS ~ O. Cucciati et al
Know the quiet place within your heart and touch the rainbow of possibility; be
alive to the gentle breeze of communication, and please stop being such a jerk. — Garrison Keillor
Top
1 post • Page 1 of 1