HEIC: The Ghost of Cassiopeia (IC 63)

HEIC: The Ghost of Cassiopeia (IC 63)

The Ghost of Cassiopeia 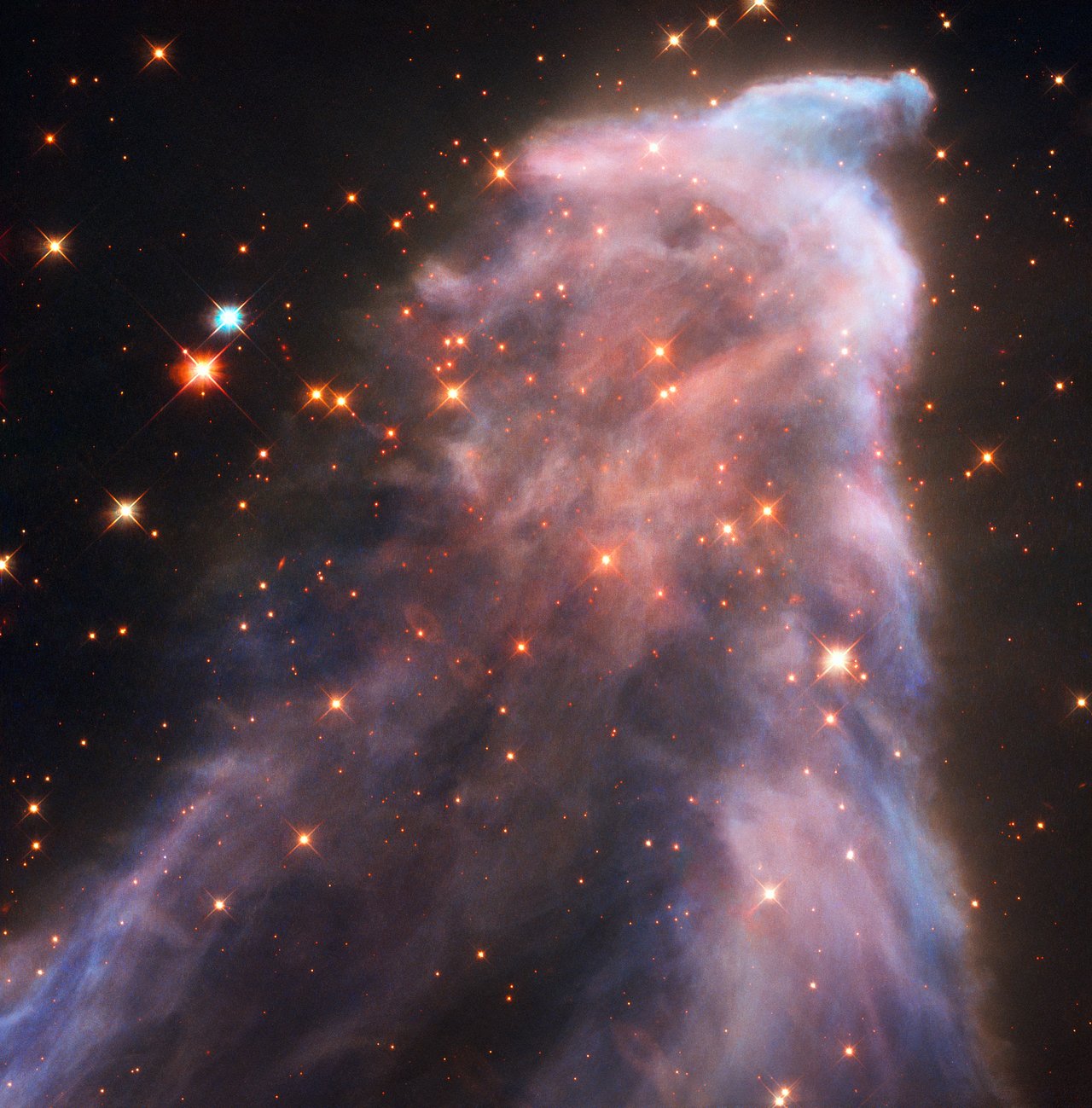 About 550 light-years away in the constellation of Cassiopeia lies IC 63, a stunning and slightly eerie nebula. Also known as the ghost of Cassiopeia, IC 63 is being shaped by radiation from a nearby unpredictably variable star, Gamma Cassiopeiae, which is slowly eroding away the ghostly cloud of dust and gas. This celestial ghost makes the perfect backdrop for the upcoming feast of All Hallow's Eve — better known as Halloween.

The constellation of Cassiopeia, named after a vain queen in Greek mythology, forms the easily recognisable “W” shape in the night sky. The central point of the W is marked by a dramatic star named Gamma Cassiopeiae.

The remarkable Gamma Cassiopeiae is a blue-white subgiant variable star that is surrounded by a gaseous disc. This star is 19 times more massive and 65 000 times brighter than our Sun. It also rotates at the incredible speed of 1.6 million kilometres per hour — more than 200 times faster than our parent star. This frenzied rotation gives it a squashed appearance. The fast rotation causes eruptions of mass from the star into a surrounding disk. This mass loss is related to the observed brightness variations.

The radiation of Gamma Cassiopeiae is so powerful that it even affects IC 63, sometimes nicknamed the Ghost Nebula, that lies several light years away from the star. IC 63 is visible in this image taken by the NASA/ESA Hubble Space Telescope. ...


Hubble Captures the Ghost of Cassiopeia
NASA | GSFC | STScI | HubbleSite | 2018 Oct 25
Know the quiet place within your heart and touch the rainbow of possibility; be
alive to the gentle breeze of communication, and please stop being such a jerk. — Garrison Keillor
Top
1 post • Page 1 of 1