Click to play embedded YouTube video.
Globular Clusters Surrounding the Milky Way (Artist’s Impression)
Credit: ESA/Hubble, NASA, L. Calçada, M. Kormesser
In a striking example of multi-mission astronomy, measurements from the NASA/ESA Hubble Space Telescope and the ESA Gaia mission have been combined to improve the estimate of the mass of our home galaxy the Milky Way: 1.5 trillion solar masses.

The mass of the Milky Way is one of the most fundamental measurements astronomers can make about our galactic home. However, despite decades of intense effort, even the best available estimates of the Milky Way’s mass disagree wildly. Now, by combining new data from the European Space Agency (ESA) Gaia mission with observations made with the NASA/ESA Hubble Space Telescope, astronomers have found that the Milky Way weighs in at about 1.5 trillion solar masses within a radius of 129 000 light-years from the galactic centre.

Evidence for an Intermediate-Mass Milky Way from Gaia DR2 Halo Globular Cluster Motions ~ Laura L. Watkins et al
Know the quiet place within your heart and touch the rainbow of possibility; be
alive to the gentle breeze of communication, and please stop being such a jerk. — Garrison Keillor
Top 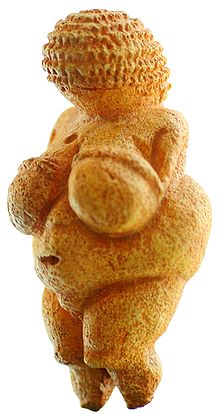 https://en.wikipedia.org/wiki/Venus_of_Willendorf wrote:
<<The Venus of Willendorf is a 4.4 inch Venus figurine estimated to have been made 30,000 BCE. It was found on August 7, 1908 by a workman during excavations conducted by archaeologists Josef Szombathy, Hugo Obermaier and Josef Bayer at a paleolithic site near Willendorf, a village in Lower Austria near the town of Krems. It is carved from an oolitic limestone that is not local to the area, and tinted with red ochre. The figurine is now in the Naturhistorisches Museum in Vienna, Austria.>>

https://en.wikipedia.org/wiki/Obese wrote:
<<In 2014, The European Court of Justice ruled that morbid obesity is a disability. The Court said that if an employee's obesity prevents him from "full and effective participation of that person in professional life on an equal basis with other workers", then it shall be considered a disability and that firing someone on such grounds is discriminatory.>> 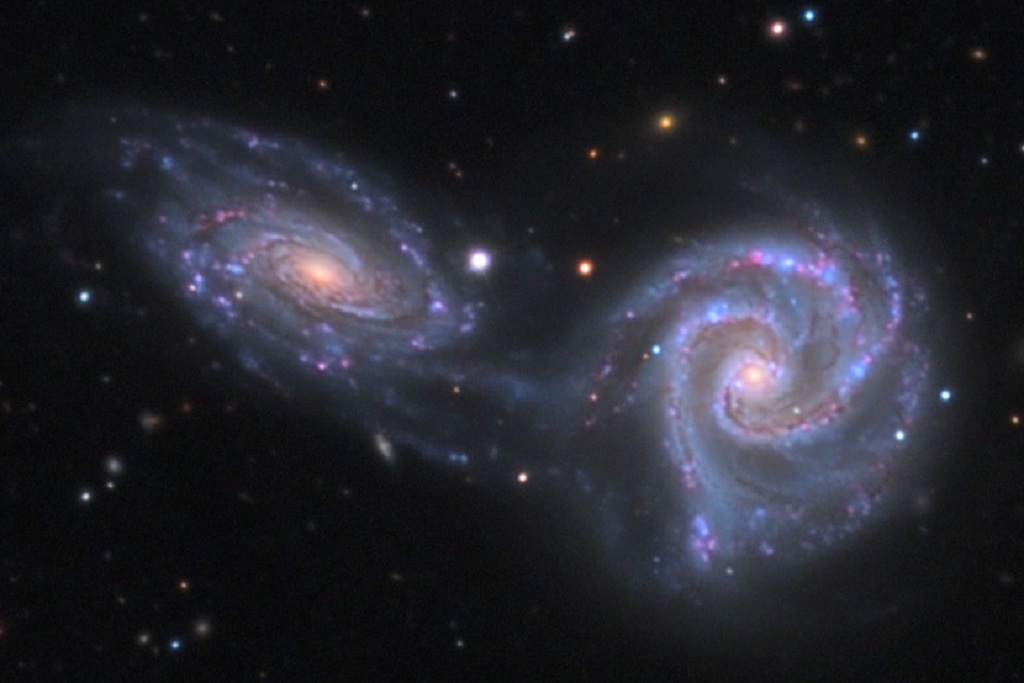 Colliding galaxies NGC 5426 and NGC 5427.
Adam Block/Mount Lemmon SkyCenter/University of Arizona
What does this say about the mass of the Milky Way compared with the mass of Andromeda?

Perhaps the collision between the Milky Way and Andromeda will be like the interaction (and upcoming collision and merger) between NGC 5426 and NGC 5427?

Arp 271 is a pair of interacting spiral galaxies: NGC 5426 (the more oblique galaxy at left) and NGC 5427 (the nearly face-on spiral galaxy at right). Together they are about 130,000 light-years across and located some 90 million light-years away towards the constellation of Virgo.

The galaxies are in the throes of a slow but disturbing interaction, that began likely a several million years ago. These twin galaxies — which have similar sizes, masses, structures, and shapes with expansive arms and a compact core – appear undisturbed. But the mutual pull of gravity has already begun to alter and distort their visible features.

So are the Milky Way and Andromeda also similar in mass and size, if not in structure and shape?