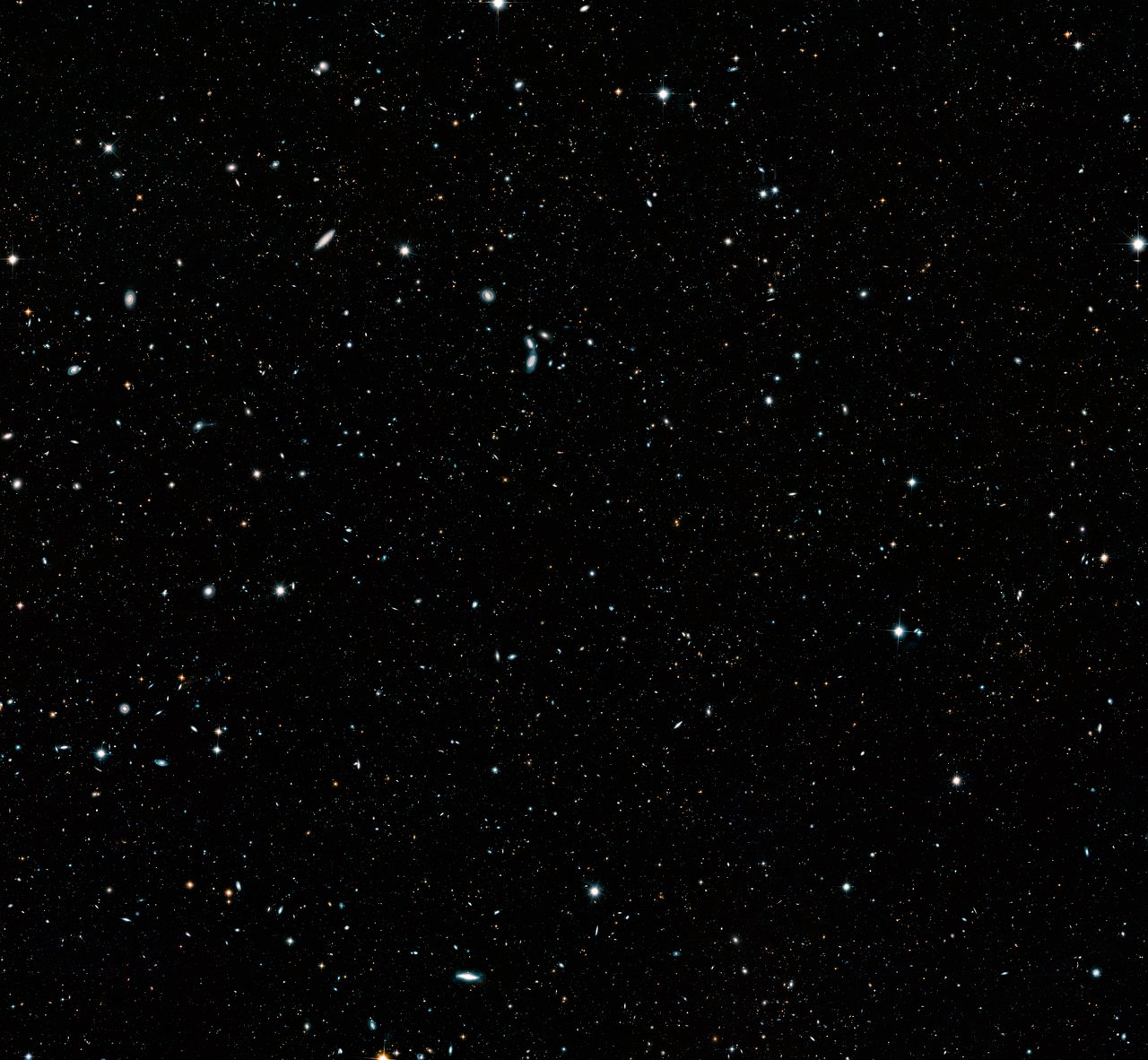 Astronomers developed a mosaic of the distant Universe that documents 16 years of observations from the NASA/ESA Hubble Space Telescope. The image, called the Hubble Legacy Field, contains roughly 265,000 galaxies that stretch back to just 500 million years after the Big Bang.

The wavelength range of this image stretches from ultraviolet to near-infrared light, capturing all the features of galaxy assembly over time. The faintest and farthest galaxies in the image are just one ten-billionth the brightness of what the human eye can observe. ...

The new set of Hubble images, created from nearly 7,500 individual exposures, is the first in a series of Hubble Legacy Field images. The image comprises the collective work of 31 Hubble programs by different teams of astronomers [1]. Hubble has spent more time on this small area than on any other region of the sky, totaling more than 250 days. The team is working on a second set of images, totaling more than 5,200 Hubble exposures. ...

'History Book' Image of the Universe
Yale University | 2019 May 02
Know the quiet place within your heart and touch the rainbow of possibility; be
alive to the gentle breeze of communication, and please stop being such a jerk. — Garrison Keillor
Top
1 post • Page 1 of 1