NASA/Ames: Solar Activity Forecast for Next Decade Favorable for Exploration

NASA/Ames: Solar Activity Forecast for Next Decade Favorable for Exploration 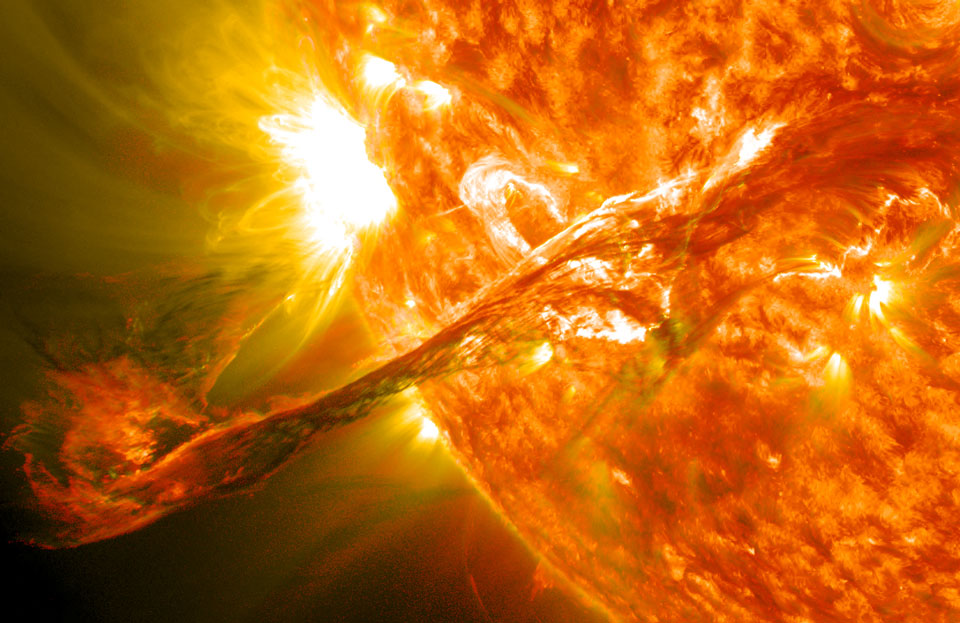 On August 31, 2012 a long filament of solar material that had been hovering in the sun's atmosphere, the corona, erupted out into space. This coronal mass ejection — an immense cloud of magnetized particles — traveled at over 900 miles per second. The ability to forecast these kinds of events on the Sun is increasingly important as NASA prepares to send humans to the Moon under the Artemis program. (Image Credit: NASA/GSFC/SDO)

The last astronauts of the Apollo program were lucky. Not just because they were chosen to fly to the Moon, but because they missed some really bad weather en route. This wasn’t a hurricane or heat wave, but space weather – the term for radiation in the solar system, much of which is released by the Sun. In August 1972, right in between the Apollo 16 and Apollo 17 missions, a solar storm occurred sending out dangerous bursts of radiation. On Earth, we're protected by our magnetic field, but out in space, this would have been hazardous for the astronauts.

The ability to forecast these kinds of events is increasingly important as NASA prepares to send the first woman and the next man to the Moon under the Artemis program. Research now underway may have found a reliable new method to predict this solar activity. The Sun's activity rises and falls in an 11-year cycle. The forecast for the next solar cycle says it will be the weakest of the last 200 years. The maximum of this next cycle – measured in terms of sunspot number, a standard measure of solar activity level – could be 30 to 50% lower than the most recent one. The results show that the next cycle will start in 2020 and reach its maximum in 2025.

Sunspots are regions on the Sun with magnetic fields thousands of times stronger than the Earth's. Fewer of them at the point of maximum solar activity means fewer dangerous blasts of radiation.

Both the forecast and the improving ability to make such predictions about space weather are good news for mission planners who can schedule human exploration missions during periods of lower radiation, when possible. ...