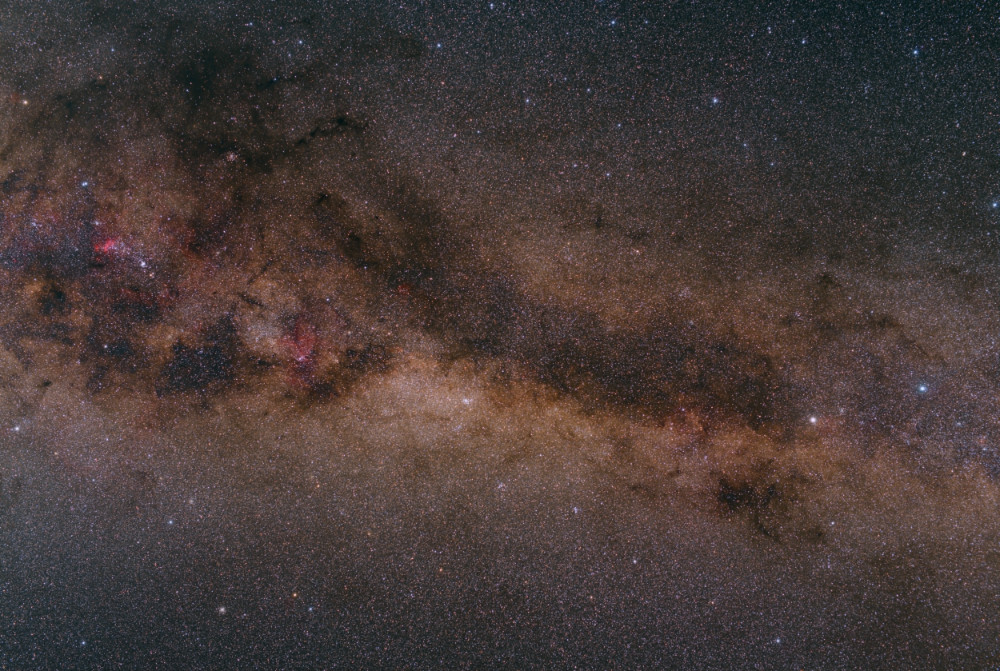 I was shooting the milky way at Capo Spartivento, south Sardinia, but there was a thunderstorm coming from africa starting with lightning strikes every 2 minutes. What a fantastic lucky night to shoot the Milky Way with lightning. I like that the shape of lightning is similar to the shape of the dark horse of the galactic center. 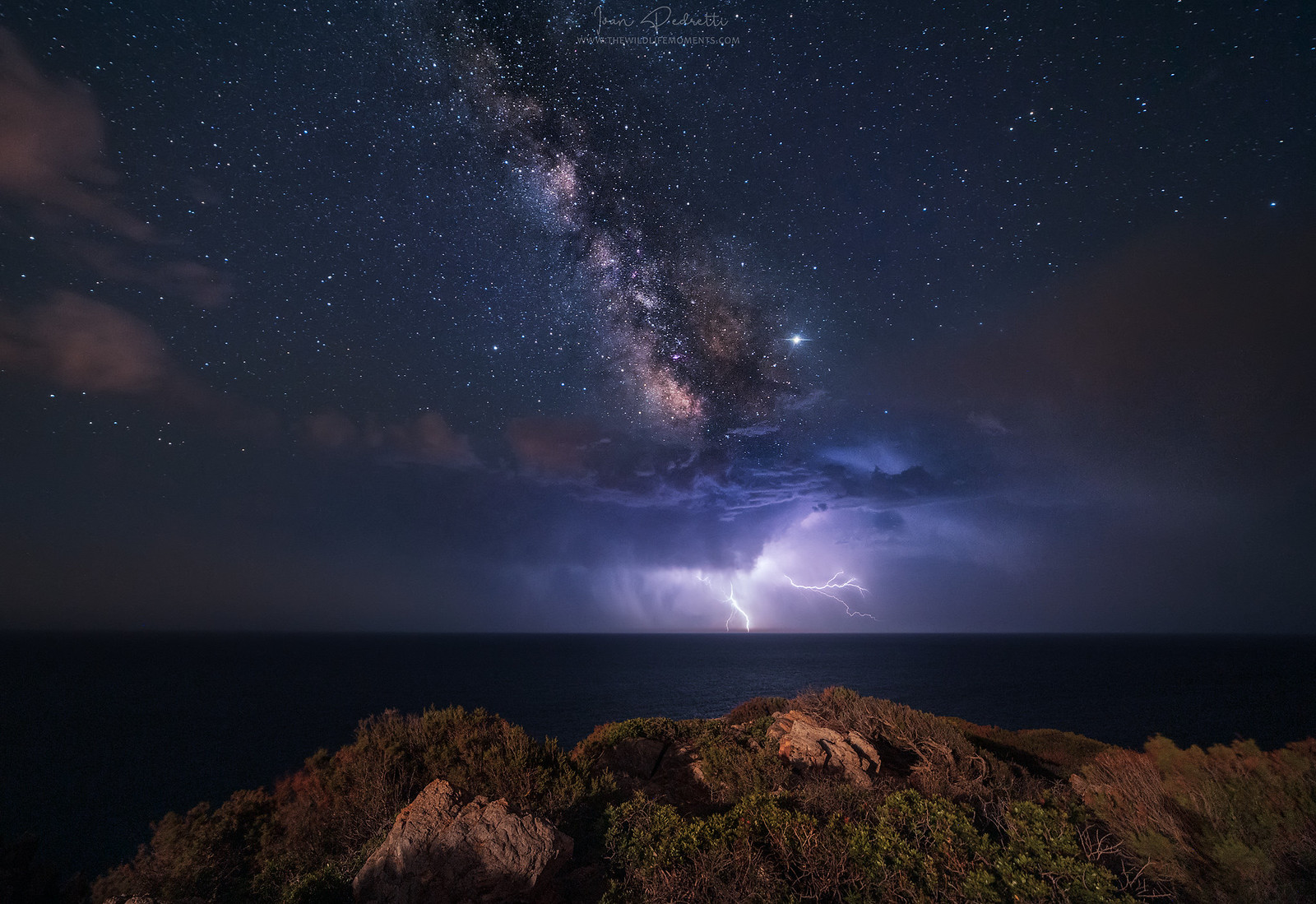 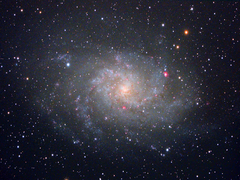 Milky Way AirGlow
Image of the Milky Way taken with an unmodified Canon Eos 6D MarkII, Samyang 14mm f2.8 lens (3x30 sec ISO 4000) without Guiding, from the Atacama desert in Chile on July 02, 2019. Highlights in the lower half of the image as reddish clouds, they really are a structured glow of hydroxyl emissions, a process of combining hydrogen and oxygen that occurs in the upper layers of the atmosphere. This effect is generally seen in clear and clean skies without pollution or light pollution.
https://www.freddyuniverse.com/galeria- ... ide-field/
www.freddyuniverse.com 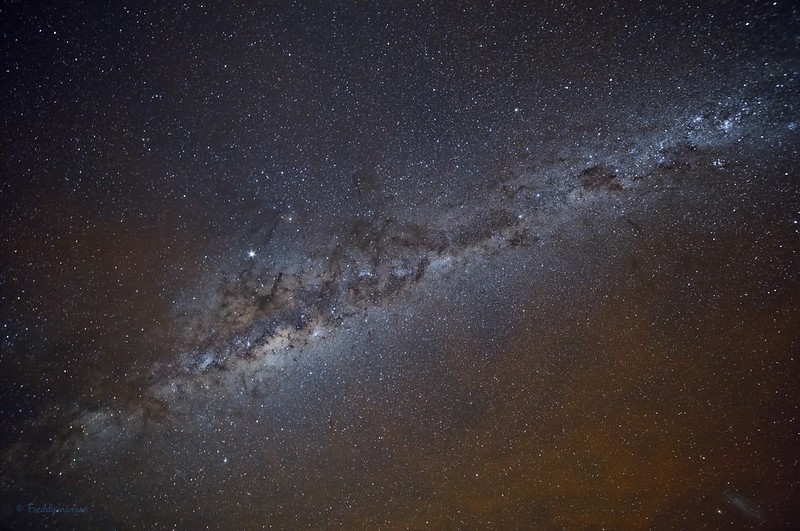 Via lactea AirGlow by Freddy S., en Flickr
In the Gif below we can see how the hydroxyl glow moves

Acadia-6-6-2019-137-Edit.jpg
This was a night I won't soon forget. On one of the many clear summer nights in Acadia National Park in Maine, I wanted to go back out to the Schoodic Peninsula for a night shot. I arrived just at the right time and set up on a cliff to get the treeline jutting out into the ocean.

I saw some reflections in the water and I first thought it was the stars reflecting. They weren't stars, it was bio-luminescent phytoplankton! With every crash of a wave, a blueish glow was emitted. The bright blue light is the result of a natural chemical reaction which occurs when plankton is disturbed with oxygen. I stood and watched long into the night. Yet another thing of beauty I would never have witnessed if it wasn't for my passion of outdoor photography. 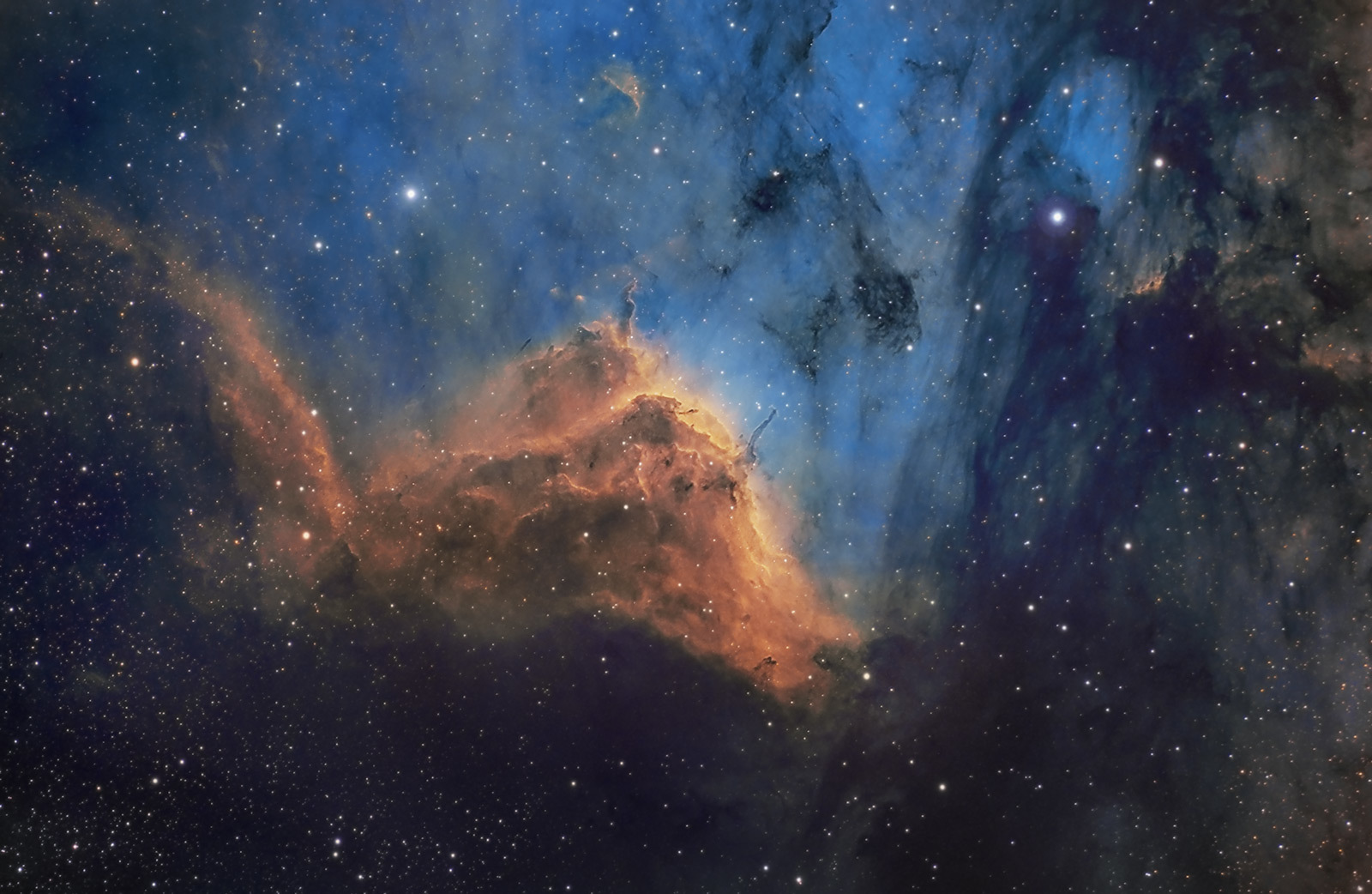 The Pelican in narrowband and processed in a SHO palette. I opted to do a narrow field version focusing on the area with the Herbig–Haro objects from the active star formation. The NB makes them really pop out.
C14 & Hyperstar, ASI1600MM-c & Baadder 2” HA, OII, SII, 30 subs each filter @ 90 seconds
Top

http://www.astrobin.com/419052/
You do not have the required permissions to view the files attached to this post.
Top 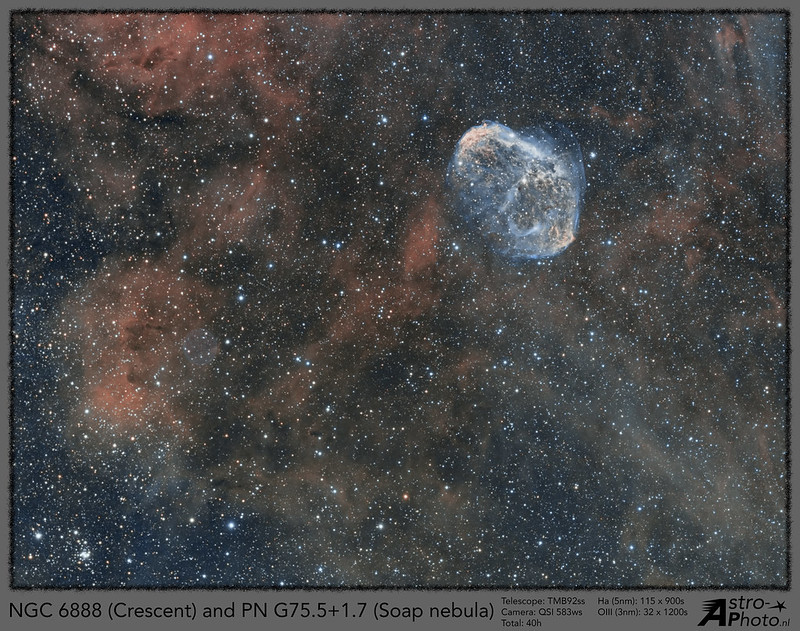 Orion (and its reflection) rising between Zodiacal light and the Magellanic Clouds 1:30 before sunrise.
Panorama made from 6 images in vertical orientation.
July the 3rd 2019
Cuesta del Viento - Rodeo - Argentina
Jean-Paul Mission 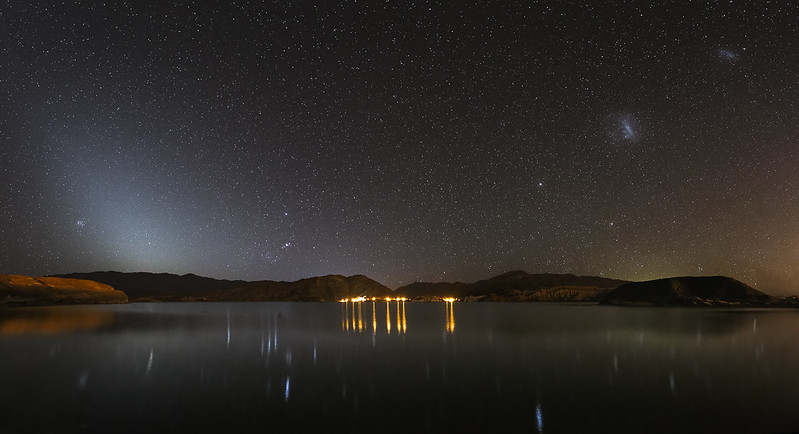 Sunset and Dawn of the Zodiac Light
Composition of two photographs of the Zodiacal light, taken in Chile, The Top part at sunset on July 2 at 18:23 from North of La Totorita and on July 1, 2019 at 05:10 in the morning just before of the Sunrise from Andacollo.
We can also observe Air glow produced by hydroxyl strata in the form of red clouds in the photo of the zodiac light at sunset
https://www.freddyuniverse.com/galeria- ... ide-field/
www.freddyuniverse.com 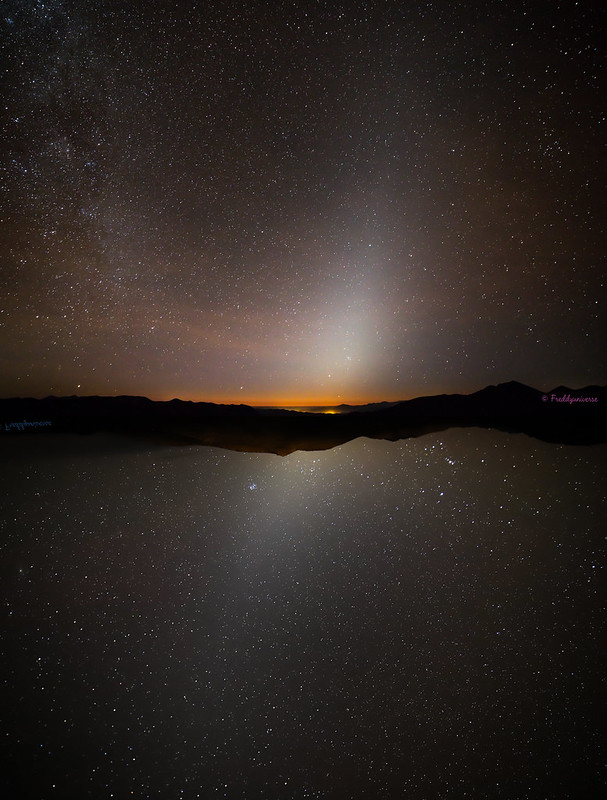 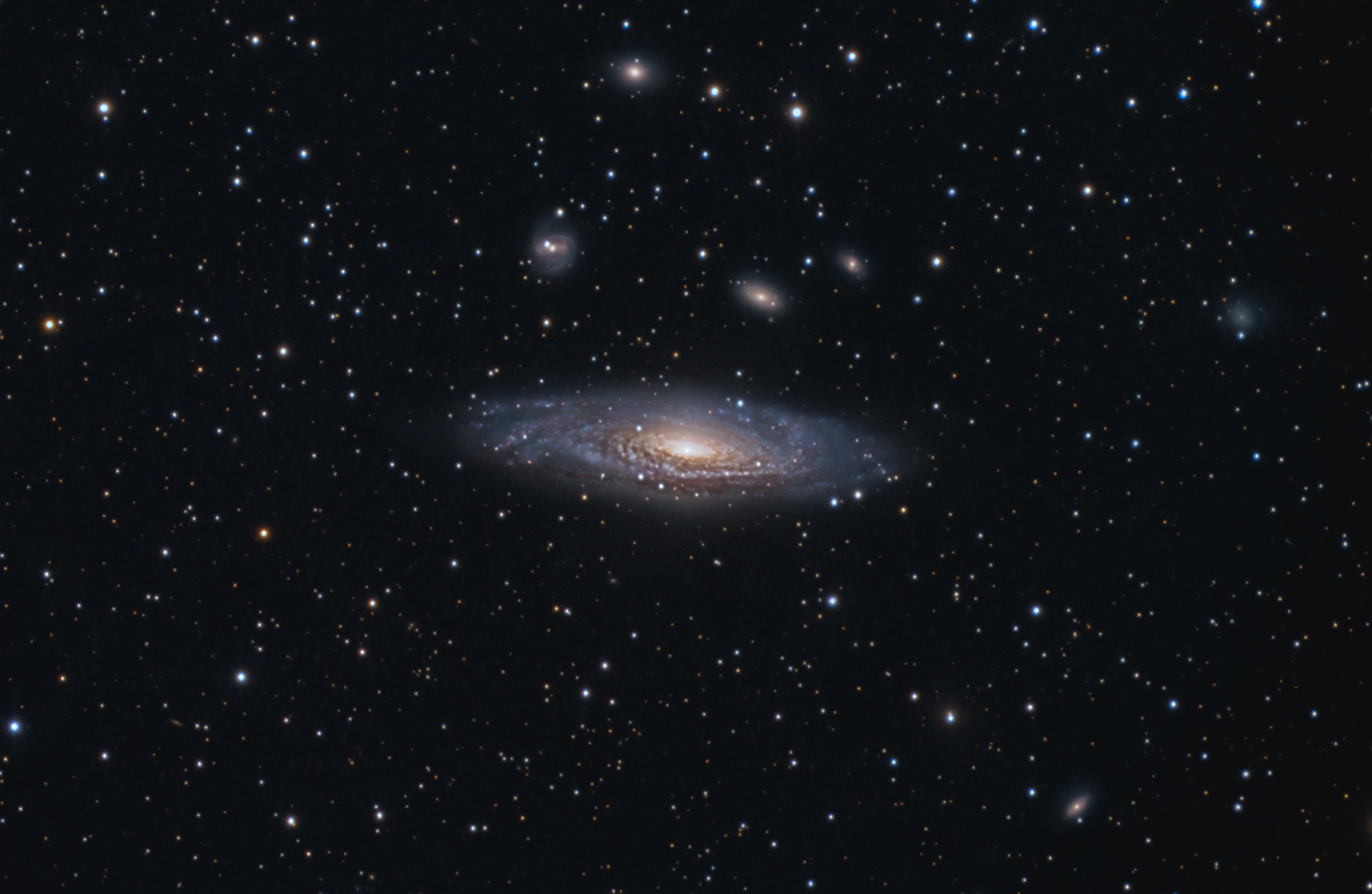 Here's a few excerpts from the Q&A discussion on the PI forum with Adam Block...

Q1: Typically when I use PCC I notice a bit of a shift towards red on galaxies. I first noticed this with IC342. But now when I reprocessed the Fireworks galaxy from CC to PCC I see a huge difference in CC (left) vs PCC (right). For CC I use most of the galaxy core shy of the dimmer arms for a white reference. For PCC, I tried Average Spiral Galaxy and Sc Galaxy. Both yield the same results. Is this PCC really what it should look like?

A1: The question you are asking deals with what to do with reddened objects. Both IC 342 and NGC 6946 are *severely* reddened by intervening dust. So they will appear quite red when you produce an image that does not compensate for this effect. PCC will not compensate since you are using color indices from a star catalog- the color channel weights you derive are independent of the galactic extinction. When you use CC, you are correcting for the galactic extinction (or at least making it less red) by shifting the white point as measured by the color channel signal strengths in your image. Said another way... if you had used CC on an *un-extincted* spiral galaxy (say from another image)- your PCC and CC results would agree much more closely (being red).

Do you think I am on track with my answer?

Q2: So are you saying that in this instance CC would be more correct?

A2: Some people would argue seeing a blue extincted (reddened) object is correct since this *is* what it looks like from our vantage point. We are getting fewer blue photons from the object than we otherwise would... so it should look redder. Other people would say... HEY! We are getting fewer blue photons...that isn't fair, we need to raise the blue signal (remove the "excess red") to compensate... this is how the galaxy would appear outside of our Milky Way (or away from the plane). I tend to find myself in the first camp since it is difficult to know exactly how much an object is being reddened. However, for artistic reasons, some objects are so red that there is a complete loss of color contrast- and so adjusting the white point does certainly bring them to life.
You do not have the required permissions to view the files attached to this post.
Top

Fireworks Galaxy. No Dust vs Dust regarding color. KG Observatory. Please see prior submissions for full images.
You do not have the required permissions to view the files attached to this post.
Top

Location : Grevena Greece
You do not have the required permissions to view the files attached to this post.
Top

This is a re-process of my prior IC 342 image from last November. Here I use PI CC rather than PCC to help "uncover" the red hue introduced by the Milky Way dust between us and this distant galaxy. Same technique used for Fireworks Galaxy above.

http://www.astrobin.com/419334/
You do not have the required permissions to view the files attached to this post.
Top 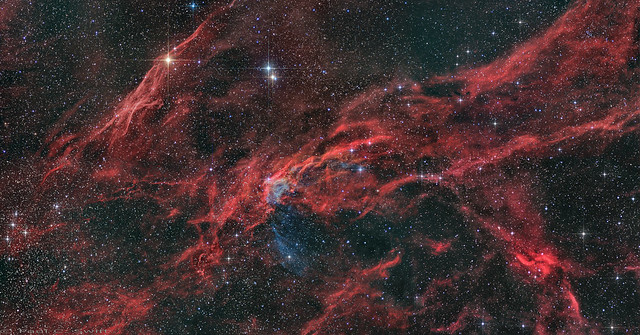 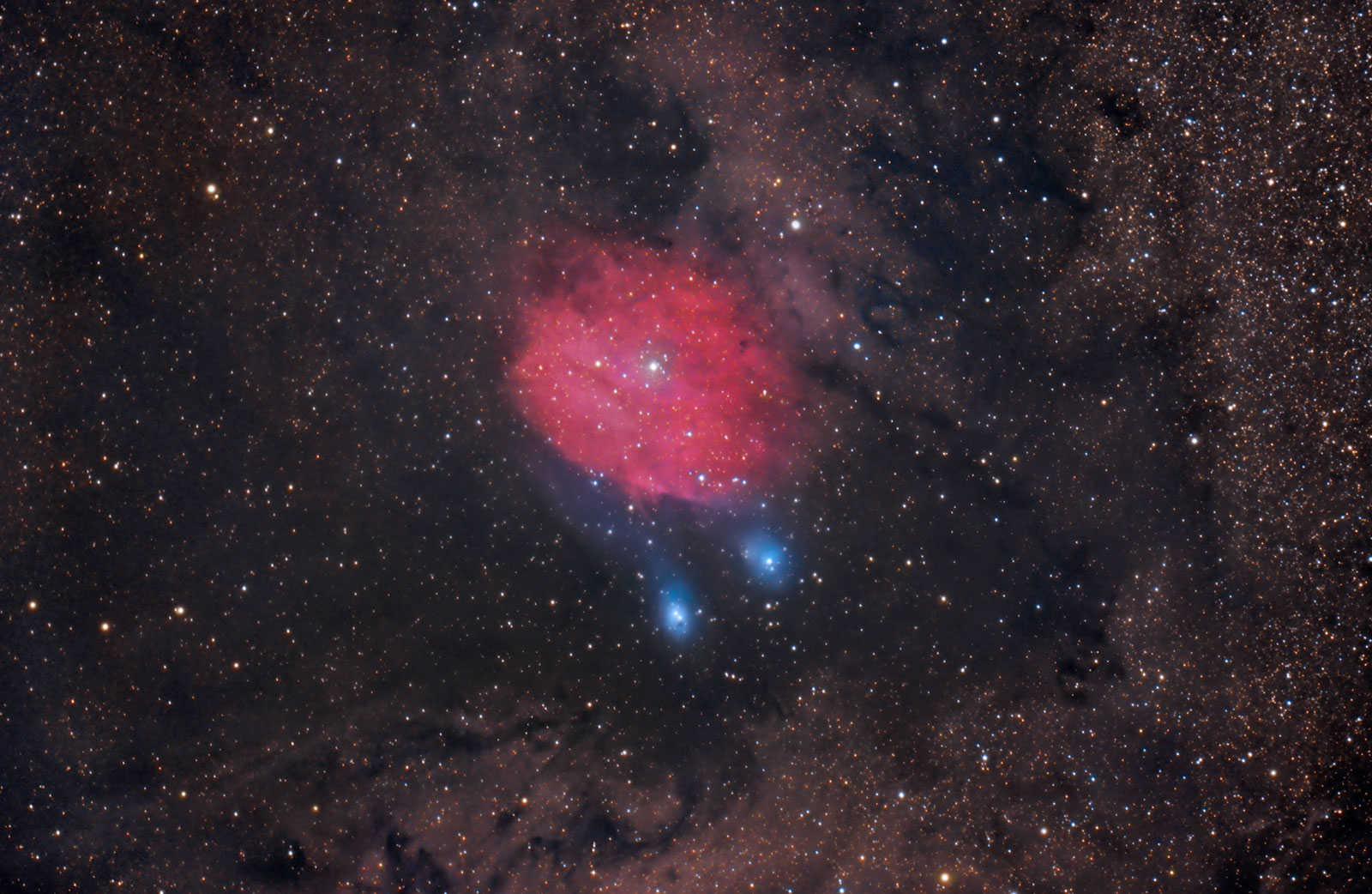 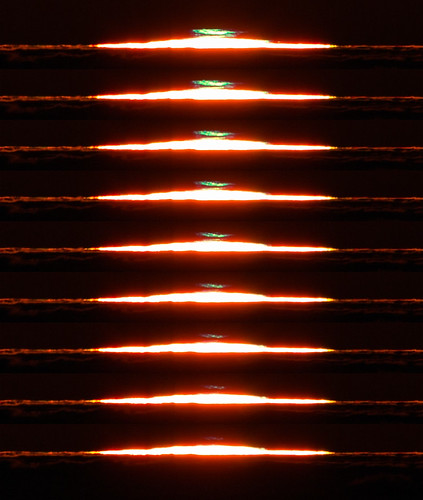 The ephemeral life of a green flash by Juan-Carlos Munoz-Mateos, on Flickr
Top

.....including the Tulip Nebula

Tulip Nebula on the bottom right. by Brendan Kinch, on Flickr 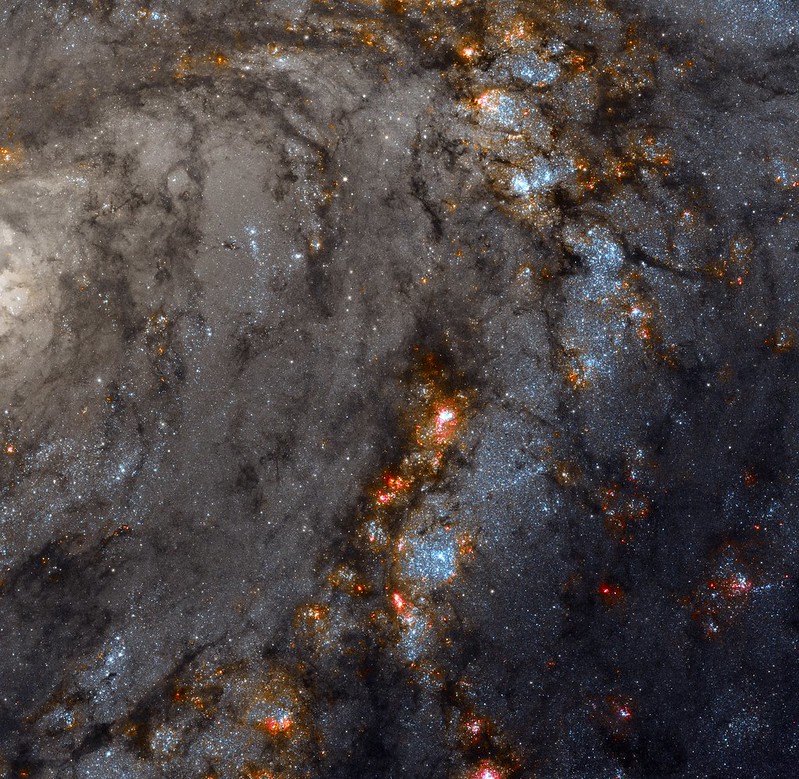