Explanation: Of course this little planet is really planet Earth in a digitally stitched 360 x 180 degree mosaic captured high in the Chilean Atacama desert. The seemingly large domes house the 1-meter diameter telescopes of the SPECULOOS Southern Observatory. With a name creatively inspired by a sweet biscuit treat, the SPECULOOS (Search for habitable Planets EClipsing ULtra-cOOl Stars) telescopes really are hunting for little planets. Their mission is to search for the telltale dimming that indicates the transit of terrestrial exoplanets around the population of nearby, tiny, dim, ultracool stars. On the not-so-distant horizon, adaptive optics laser beams are firing from ESO's mountain top Paranal Observatory. The central Milky Way and Magellanic clouds also shine in this little planet's night sky.

A planet in which the inhabitants are REALLY OBSESSED with astronomy?

BDanielMayfield wrote: ↑
Sat Sep 14, 2019 6:56 am
A planet in which the inhabitants are REALLY OBSESSED with astronomy?

Well I did notice the Magellan Clouds! So this little planet has to be in the Milky Way!

https://en.wikipedia.org/wiki/The_Little_Prince wrote:
<<The Little Prince visited six other planets, each of which was inhabited by a single, irrational, narrow-minded adult, each meant to critique an element of society. They include:
It is the geographer who tells the prince that his rose is an ephemeral being, which is not recorded, and recommends that the prince next visit the planet Earth.>> 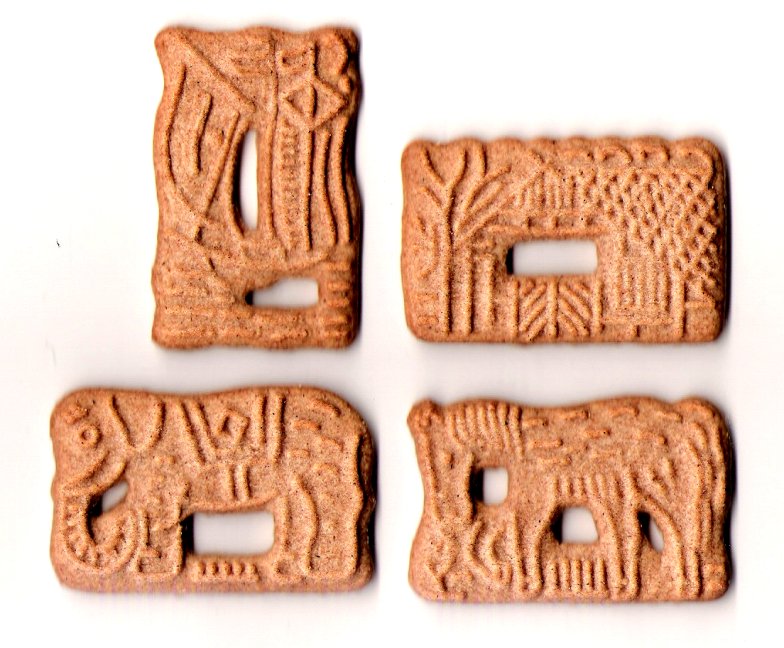 <<Speculaas or speculoos (Dutch: Speculaas, Flemish: speculoos, French: spéculoos: ​[spekylos], German: Spekulatius) is a type of spiced shortcrust biscuit, traditionally baked for consumption on or just before St Nicholas' day in the Netherlands (5 December), Belgium (6 December), Luxembourg (6 December), and around Christmas in Germany and Austria. Speculaas are thin, very crunchy, caramelized, slightly browned and, most significantly, have some image or figure (often from the traditional stories about St. Nicholas) stamped on the front side before baking; the back is flat. Speculaas dough does not rise much. Dutch and Belgian versions are baked with light brown (sometimes beet) sugar and baking powder. German Spekulatius uses baker's ammonia as leavening agent. Indian, Indonesian, and Mediterranean spices used in speculaas are cinnamon, nutmeg, cloves, ginger, cardamom, and white pepper; these were common in the 1600–1700s due to the Dutch East Indies spice trade. The name speculoos was coined for Belgian wheat flour cookies with hardly any spices.

There are several interpretations for the origins of the name speculaas. It may derive from Latin speculum, which means mirror and refers to the fact that the images are cut as a mirrored bas-relief into a wooden stamp, which is then used to decorate speculaas. Another, less likely, word origin refers to the Latin word speculator which, among other meanings, could refer to a bishop or St Nicholas' epithet, "he who sees everything". Still another possible source is Specerij, the Dutch word for spice.>>

I was wondering why the search was for planets around cool red and brown dwarfs — hardly prime real estate. The ESO website link has more details; it didn't occur to me that it's easier to detect facts and figures about the planets when their sun is nice and cool, so it's easier and faster to characterise a lot of planets.

On a related note, I just remembered this month's Sky At Night programme mentioned another exoplanet-hunting project. One of the features was a new IR detector being developed at Edinburgh University, with the capability to blank out the central star and actually image the planets.And this new detector is also going to a telescope at Paranal. It's all go, isn't it...
This universe shipped by weight, not by volume.
Some expansion of the contents may have occurred during shipment.
Top
7 posts • Page 1 of 1