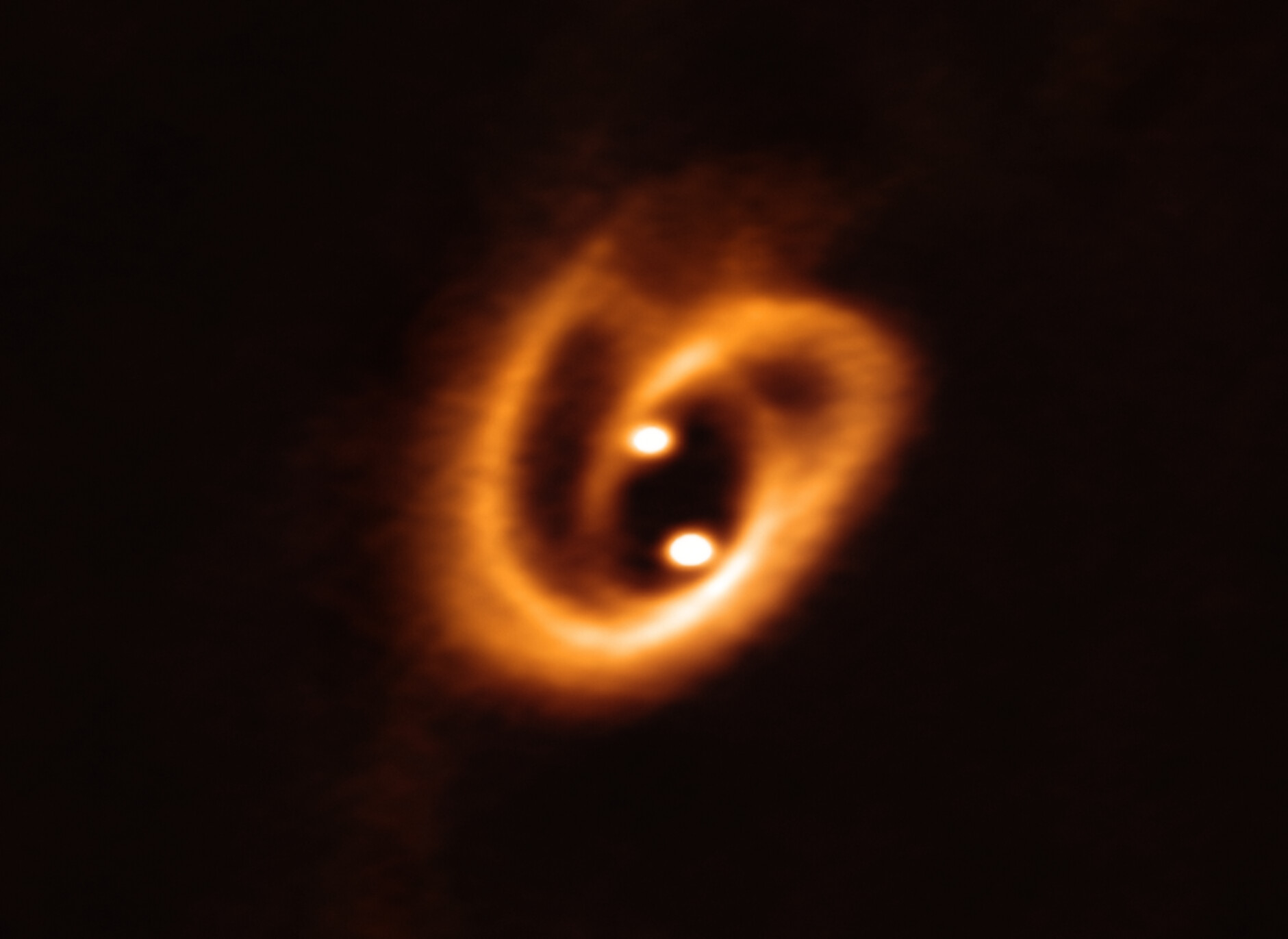 Astronomers using ALMA have obtained an extremely high-resolution image showing two disks in which young stars are growing, fed by a complex pretzel-shaped network of filaments of gas and dust. Observing this remarkable phenomenon sheds new light on the earliest phases of the lives of stars and helps astronomers determine the conditions in which binary stars are born.

The two baby stars were found in the [BHB2007] 11 system – the youngest member of a small stellar cluster in the Barnard 59 dark nebula, which is part of the clouds of interstellar dust called the Pipe nebula. Previous observations of this binary system showed the outer structure. Now, thanks to the high resolution of the Atacama Large Millimeter/submillimeter Array (ALMA) and an international team of astronomers led by scientists from the Max Planck Institute for Extraterrestrial Physics (MPE) in Germany, we can see the inner structure of this object. ...

Gas Flow and Accretion via Spiral Streamers and Circumstellar Disks in a Young Binary Protostar ~ F. O. Alves et al
Last edited by bystander on Fri Oct 04, 2019 5:49 pm, edited 1 time in total.
Reason: added MPE article and link
Know the quiet place within your heart and touch the rainbow of possibility; be
alive to the gentle breeze of communication, and please stop being such a jerk. — Garrison Keillor
Top
1 post • Page 1 of 1