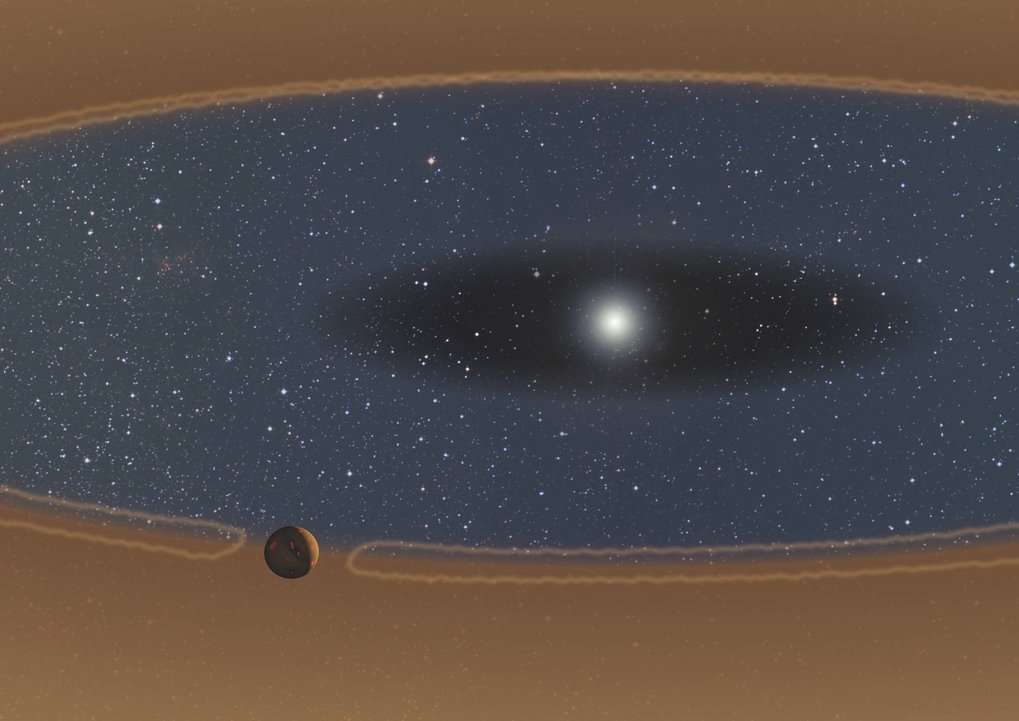 Young planet in a baby-proof system: the new results shows how a boundary within the disk around a young, Sun-like star acts as a barrier that keeps planets from falling into the star. © MPIA Graphics Department

Numerical simulations by a group of astronomers, led by Mario Flock from the Max Planck Institute for Astronomy, have shown that young planetary systems are naturally “baby-proof:” Physical mechanisms combine to keep young planets in the inner regions from taking a fatal plunge into the star. Similar processes also allow planets to be born close to stars – from pebbles trapped in a region close to the star. The research, which has been published in the journal Astronomy & Astrophysics, explains findings by the Kepler space telescopes that show a large number of Super-Earths orbiting their stars very closely, at the edge of the baby-proof region. ...

Just like toddlers, solid objects in such a young planetary system tend to move in all directions – not only orbiting around the star, but drifting inwards or outwards. This can become potentially fatal for planets that are already relatively close to the central star.

Near the star, we will only encounter rocky planets, with solid surfaces, similar to our Earth. Planetary cores can only capture and keep significant amounts of gas to become gas giants much further out, away from the hot star. But the simplest kind of calculation for the motion of a planet near the star, in the gas of a protoplanetary disk, shows that such a planet should continually drift inwards, plunging into the star on a time scale of less than a million year, much shorter than the lifetime of the disk.

If this were the whole picture, it would be puzzling that NASA’s Kepler satellite, examining stars similar to the Sun (spectral types F, G and K), found something completely different: numerous stars have very closely orbiting so-called Super-Earths, rocky planets that are more massive than our own Earth. Particularly common are planets with periods around 12 days, going down to periods as low as 10 days. For our Sun, that would correspond to orbital radii around 0.1 astronomical units, only about one quarter of the orbital radius of Mercury, the planet closest to our Sun in our own solar system. ...


Planet Formation and Migration Near the Silicate Sublimation Front in Protoplanetary Disks ~ Mario Flock et al
Know the quiet place within your heart and touch the rainbow of possibility; be
alive to the gentle breeze of communication, and please stop being such a jerk. — Garrison Keillor
Top
1 post • Page 1 of 1