Stockholm: Physicists Have Found a Way to "Hear" Dark Matter

Stockholm: Physicists Have Found a Way to "Hear" Dark Matter


Physicists at Stockholm University and the Max Planck Institute for Physics have turned to plasmas in a proposal that could revolutionise the search for the elusive dark matter. 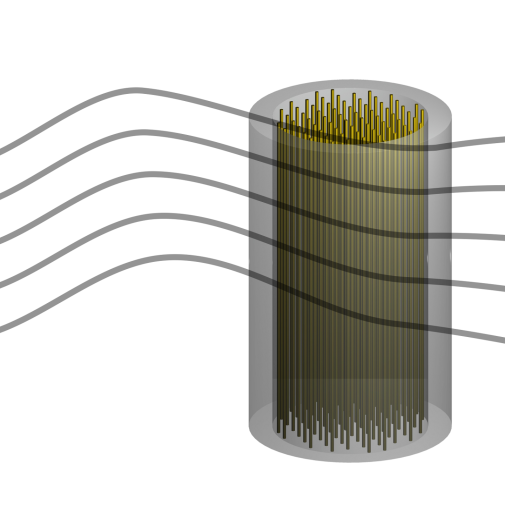 Dark matter is a mysterious substance that makes up 85% of the matter in the universe. Originally introduced to explain why the Strong Force (which holds together protons and neutrons) is the same backwards and forwards in time, the so called axion would provide a natural explanation for dark matter. Rather than discrete particles, axion dark matter would form a pervasive wave flowing throughout space.

The axion is one of the best explanations for dark matter but has only recently been the focus of large scale experimental effort. Due to this renaissance there has been a rush to come up with new ideas for how to look for the axion in all the areas where it could be hiding. ...

The key insight of the research team’s new study is that inside a magnetic field axions would generate a small electric field that could be used to drive oscillations in the plasma. A plasma is a material where charged particles, such as electrons, can flow freely as a fluid. These oscillations amplify the signal, leading to a better “axion radio”. Unlike traditional experiments based on resonant cavities, there is almost no limit on how large these plasmas can be, thus giving a larger signal. The difference is somewhat like the difference between a walkie talkie and a radio broadcast tower. ...


Tunable Axion Plasma Haloscopes ~ Matthew Lawson et al
Know the quiet place within your heart and touch the rainbow of possibility; be
alive to the gentle breeze of communication, and please stop being such a jerk. — Garrison Keillor
Top

Re: Stockholm: Physicists Have Found a Way to "Hear" Dark Matter