Comet C/2017 T2 (Top-Left) approaching close to the double star cluster on January 27th, 00:47ut. The Double Cluster, or Caldwell 14, is the name for two open clusters – NGC 869 and NGC 884 – located close together in Perseus constellation.
You do not have the required permissions to view the files attached to this post.
Top

The Central Region of the Milky Way

Polar alignment with: Polemaster and SharpCap'

Dobogó-kő is the highest peak of the Visegrád Mountains (700 meter) in Hungary. The peak has a wonderful outlook towards Northern direction with the Danube Bend as it flows between Börzsöny and Visegrád Mountains. Hungary has a terrible astro climate: the country (and mainly the amateur astronomers living here) "suffer" every Fall and Winter from dense fog that stales for weeks blocking all lights from the skies.

27th January 2020 was yet another foggy day so I decided to travel to Dobogókő (the nearby village -- without hyphen) that was above of the cloud layer according to online webcams. I initially planned to capture the setting crescent Moon but by seeing the wonderful, crystal-clear skies I quickly changed my mind and created this "Standing at the Seaside of Clouds"-style startrail photo. 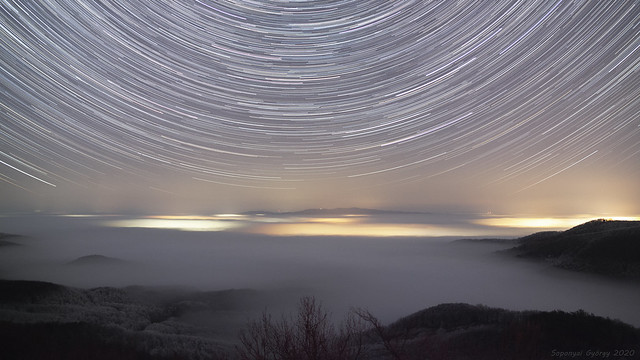 
Kind regards
Michael Deger
You do not have the required permissions to view the files attached to this post.
Top

The rose of space: I present the rosette nebula

The petals of this cosmic rose are actually a nursery of stars.
What characterizes this image is the sculpture drawn by the globules of dark dust.
The stars emit ultraviolet radiation that ionizes the surrounding hydrogen cloud, which gives the image a red color. 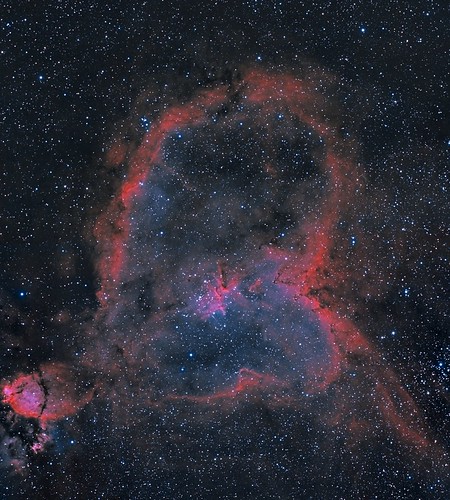 The Heart Nebula by John Sim, on Flickr
Top 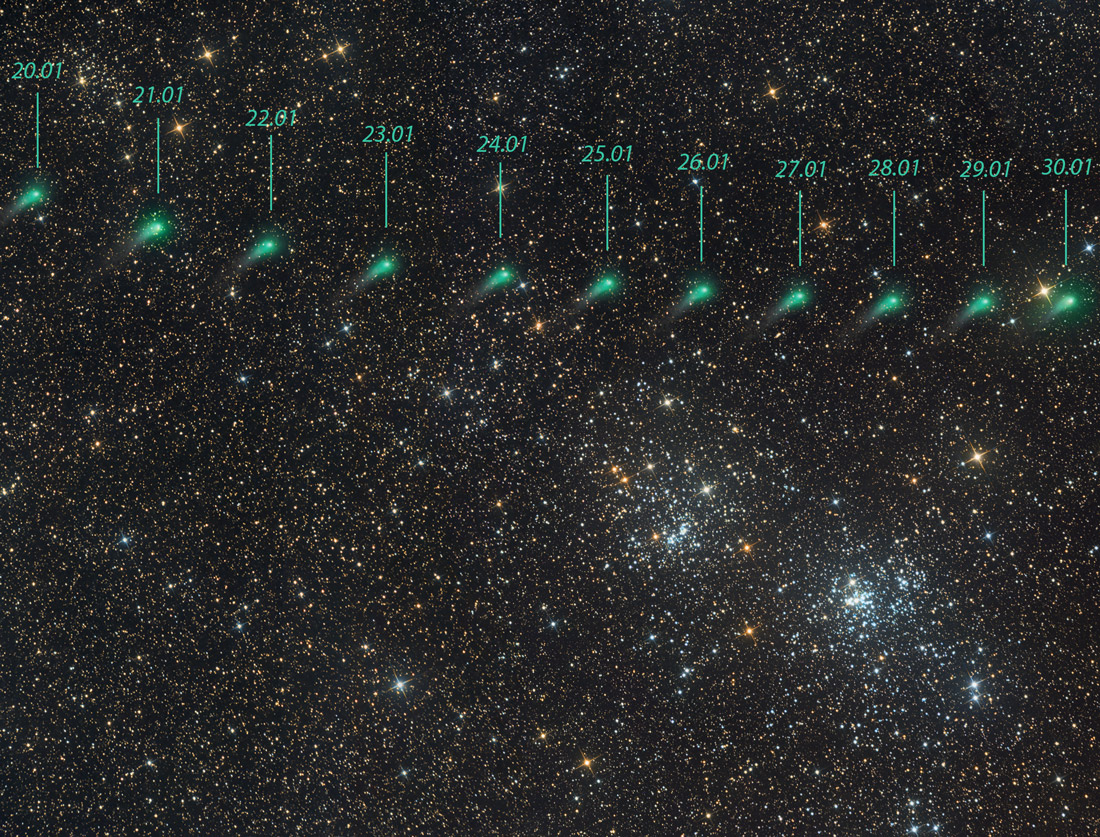 Continuing my quest for difficult and rarely imaged distant objects, I came across this image of NGC 5216/5218 by Adam Block...

Unfortunately the wind and sky this month didn't permit 20+ hours in the Planewave 24". But fortunately I had one long night with exceptional seeing, down to 1.5" FWHM measured on 15-minute subs. (-:

I'm pleased with the overall results and the additional galaxy (NGC5205 @ 103.5 MLY!) that happpened to be in frame.

"Galaxies NGC 5216 (left) and NGC 5218 really do look like they are connected by a string. Of course, that string is a cosmic trail of gas, dust, and stars about 22,000 light-years long. Also known as Keenan's system (for its discoverer) and Arp 104, the interacting galaxy pair is some 17 million light-years away in the constellation Ursa Major. The debris trail that joins them, along with NGC 5218's comma-shaped extension and the distorted arms of NGC 5216, are a consequence of mutual gravitational tides. The tides disrupt the galaxies as they repeatedly swing close to one another. Drawn out over billions of years, the encounters will likely result in their merger into a single galaxy of stars. Such spectacular galactic mergers are now understood to be a normal part of the evolution of galaxies, including our own Milky Way."

https://www.astrobin.com/28qbfc/
You do not have the required permissions to view the files attached to this post.
Top
133 posts