Not quite planets and not quite stars, brown dwarfs are cosmic in-betweeners. Learning about their atmospheres could help us understand giant planets around other stars. 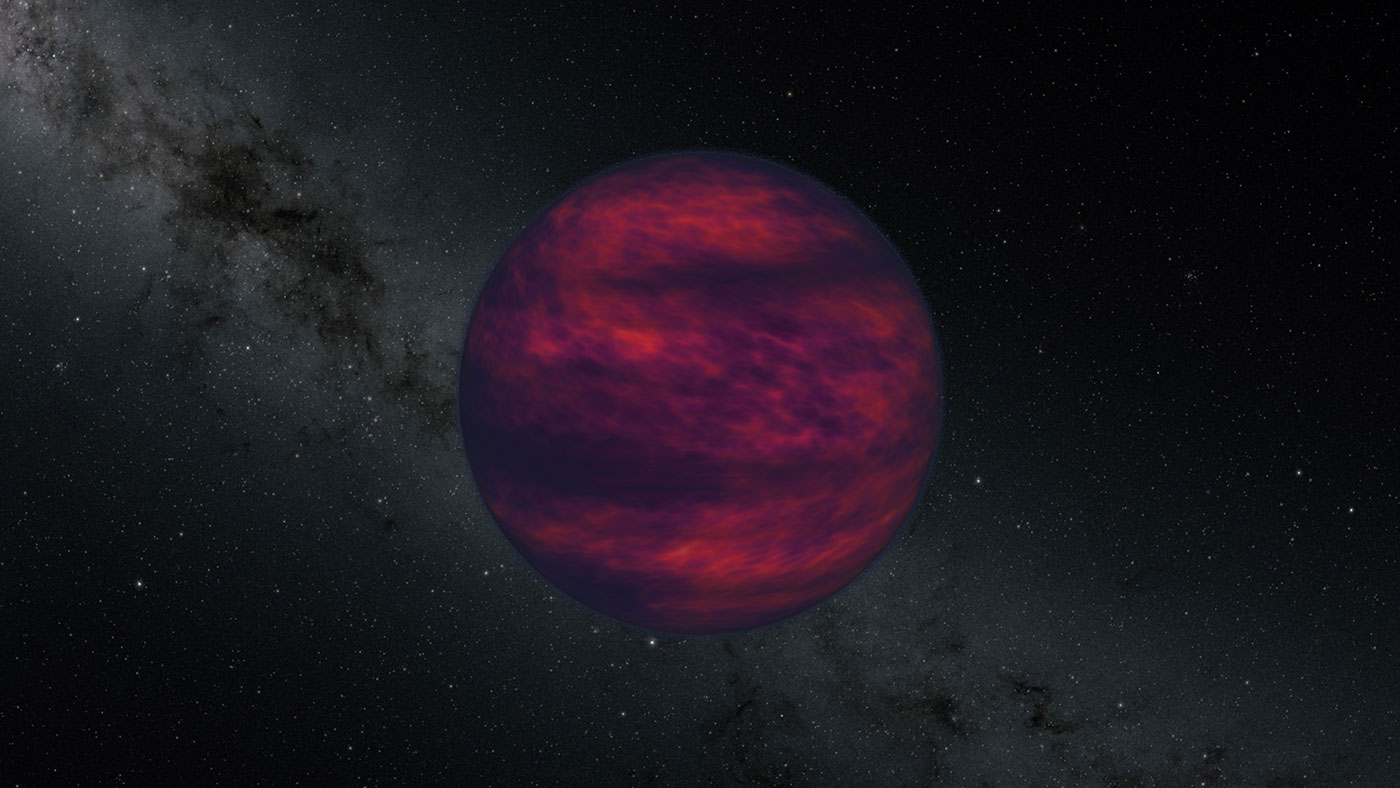 This artist's concept shows a brown dwarf, an object that is at least 13 times the mass of Jupiter but not massive enough to begin nuclear fusion in its core, which is the defining characteristic of a star. Scientist using NASA's Spitzer Space Telescope and NRAO's Karl G. Jansky Very Large Array recently made the first ever direct measurement of wind on a brown dwarf. Credits: NASA/JPL-Caltech

For the first time, scientists have directly measured wind speed on a brown dwarf, an object larger than Jupiter (the largest planet in our solar system) but not quite massive enough to become a star. To achieve the finding, they used a new method that could also be applied to learn about the atmospheres of gas-dominated planets outside our solar system. ...

Officially named 2MASS J10475385+2124234, the target of the new study was a brown dwarf located 32 light-years from Earth — a stone's throw away, cosmically speaking. The researchers detected winds moving around the planet at 1,425 mph (2,293 kph). For comparison, Neptune's atmosphere features the fastest winds in the solar system, which whip through at more than 1,200 mph (about 2,000 kph).

Measuring wind speed on Earth means clocking the motion of our gaseous atmosphere relative to the planet's solid surface. But brown dwarfs are composed almost entirely of gas, so "wind" refers to something slightly different. The upper layers of a brown dwarf are where portions of the gas can move independently. At a certain depth, the pressure becomes so intense that the gas behaves like a single, solid ball that is considered the object's interior. As the interior rotates, it pulls the upper layers — the atmosphere —along so that the two are almost in synch.

In their study, the researchers measured the slight difference in speed of the brown dwarf's atmosphere relative to its interior. With an atmospheric temperature of over 1,100 degrees Fahrenheit (600 degrees Celsius), this particular brown dwarf radiates a substantial amount of infrared light. Coupled with its close proximity to Earth, this characteristic made it possible for Spitzer to detect features in the brown dwarf's atmosphere as they rotate in and out of view. The team used those features to clock the atmospheric rotation speed.

A Measurement of the Wind Speed on a Brown Dwarf ~ Katelyn. N. Allers et al
Know the quiet place within your heart and touch the rainbow of possibility; be
alive to the gentle breeze of communication, and please stop being such a jerk. — Garrison Keillor
Top

Re: Spitzer/VLA: Wind Speed on a Brown Dwarf Measured

My initial response was that anything rotating with a period of ~105 minutes
must be more oblate than Jupiter...but brown dwarfs with
average densities 6 times that of lead don't flatten out.
Art Neuendorffer
Top
2 posts • Page 1 of 1