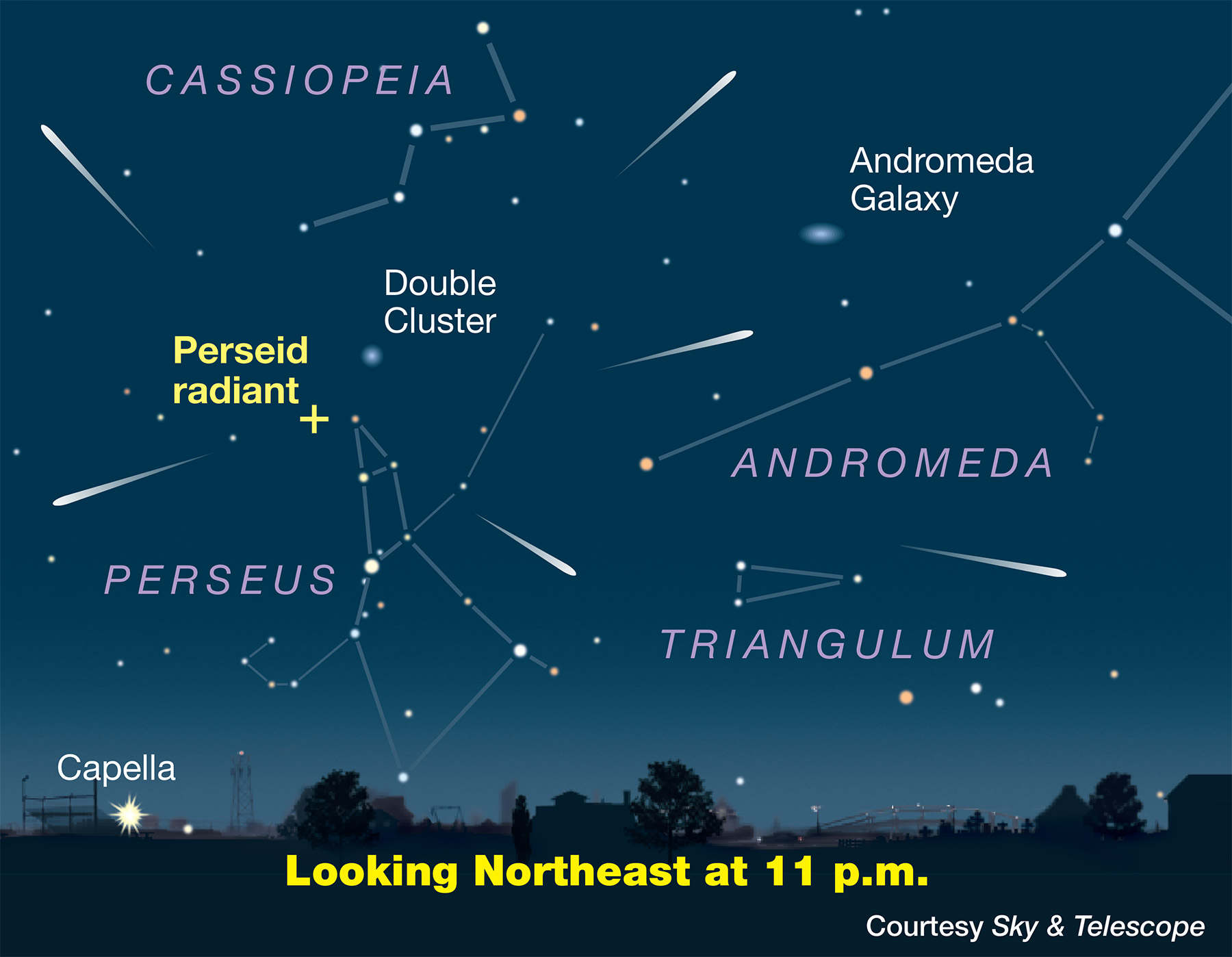 The Perseid meteors appear to stream away from the shower's 'radiant' point near the border of Perseus and Cassiopeia. Sky & Telescope Illustration

The Perseid meteor shower, an annual celestial event beloved by millions of skywatchers around the world, is about to make its annual return to the night sky. It’s predicted to reach its peak late on the night of Tuesday, August 11th, and early on Wednesday, August 12th. Head out after sunset and catch as many meteors as you can before the Moon rises shortly after midnight (local time).

Begin watching for meteors soon after evening twilight ends. By then the shower's radiant, its perspective point of origin in the constellation Perseus, has risen above the northeastern horizon. The few Perseids that appear this early will be spectacularly long "earthgrazers" that skim along the top of the atmosphere. The higher the radiant, the more meteors you'll see — so when Perseus is higher in the northeast, more meteors will appear all over the sky.

The last-quarter Moon rises shortly after midnight and its light will wash out fainter meteors. But don’t despair: The Perseids are a long-lived event and you should see meteors — though fewer in number — for several nights before and after the night of the peak. ...