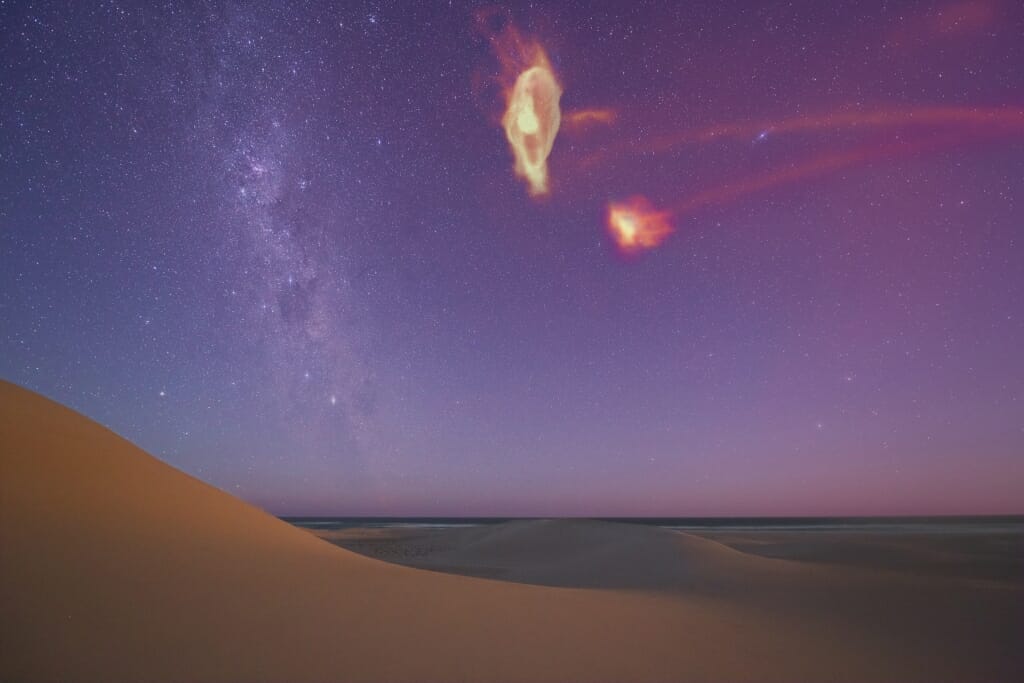 A view of the gas in the Magellanic System as it would appear in the night sky.The Magellanic Corona covers the entire sky while the Magellanic Stream is seen as gas flowing away from the two dwarf galaxies, the Large and the Small MagellanicClouds.This image is taken directly from the numerical simulations, however it has been modified slightly for aesthetics.(Credit: Colin Legg/Scott Lucchini)

The Milky Way is not alone in its neighborhood. It has captured smaller galaxies in its orbit, and the two largest are known as the Small and Large Magellanic Clouds, visible as twin dusty smears in the Southern Hemisphere.

As the Magellanic Clouds began circling the Milky Way billions of years ago, an enormous stream of gas known as the Magellanic Stream was ripped from them. The stream now stretches across more than half of the night sky. But astronomers have been at a loss to explain how the stream became as massive at it is, over a billion times the mass of the sun.


The Magellanic Corona as the Key to the Formation of the Magellanic Stream ~ S. Lucchini et al
Know the quiet place within your heart and touch the rainbow of possibility; be
alive to the gentle breeze of communication, and please stop being such a jerk. — Garrison Keillor
Top
1 post • Page 1 of 1