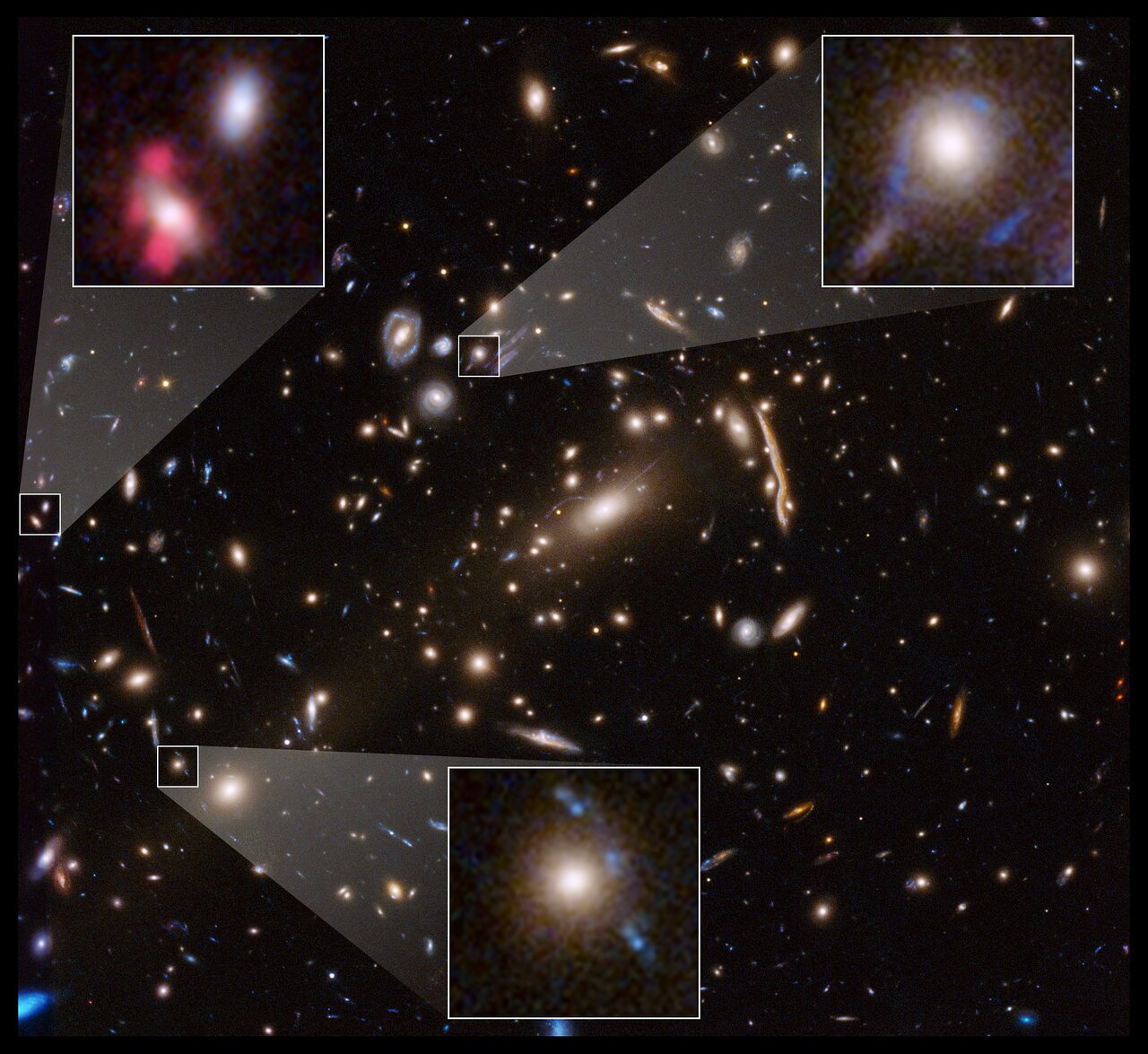 Observations by the NASA/ESA Hubble Space Telescope and the European Southern Observatory’s Very Large Telescope (VLT) in Chile have found that something may be missing from the theories of how dark matter behaves. This missing ingredient may explain why researchers have uncovered an unexpected discrepancy between observations of the dark matter concentrations in a sample of massive galaxy clusters and theoretical computer simulations of how dark matter should be distributed in clusters. The new findings indicate that some small-scale concentrations of dark matter produce lensing effects that are 10 times stronger than expected.

... the team produced an accurate, high-fidelity, dark-matter map. By measuring the lensing distortions astronomers could trace out the amount and distribution of dark matter. ...

To the team's surprise, in addition to the dramatic arcs and elongated features of distant galaxies produced by each cluster's gravitational lensing, the Hubble images also revealed an unexpected number of smaller-scale arcs and distorted images nested near each cluster's core, where the most massive galaxies reside. The researchers believe the nested lenses are produced by the gravity of dense concentrations of matter inside the individual cluster galaxies. Follow-up spectroscopic observations measured the velocity of the stars orbiting inside several of the cluster galaxies to thereby pin down their masses. ...

An Excess of Small-Scale Gravitational Lenses Observed in Galaxy Clusters ~ Massimo Meneghetti et al
Last edited by bystander on Thu Sep 10, 2020 9:07 pm, edited 1 time in total.
Reason: Added Yale article link
Know the quiet place within your heart and touch the rainbow of possibility; be
alive to the gentle breeze of communication, and please stop being such a jerk. — Garrison Keillor
Top