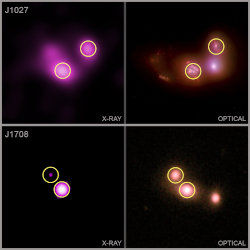 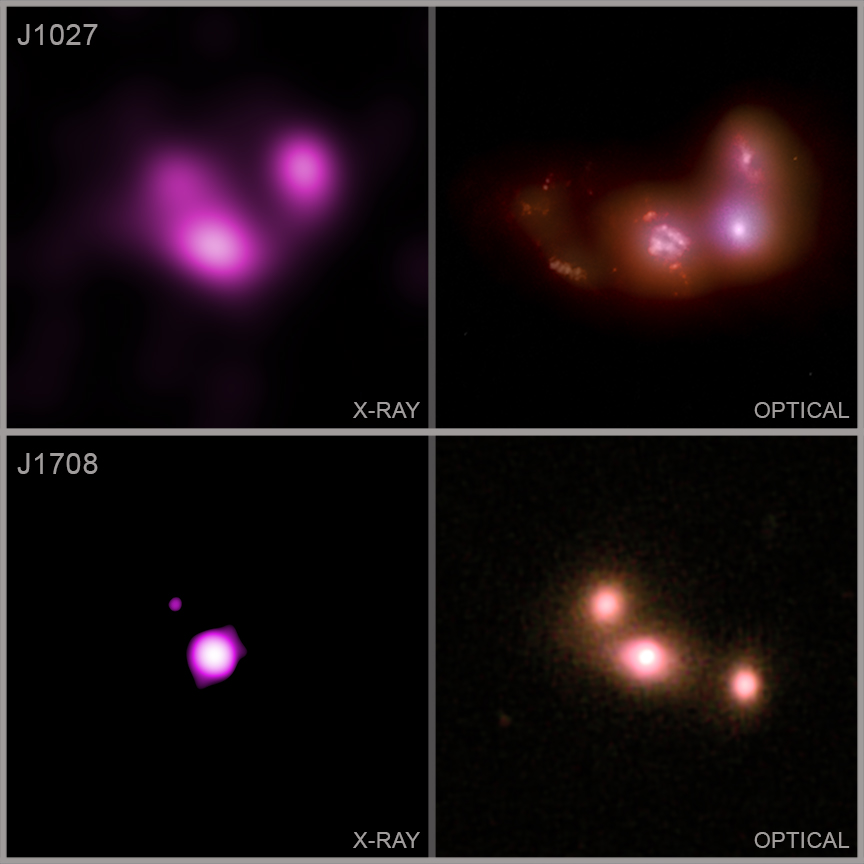 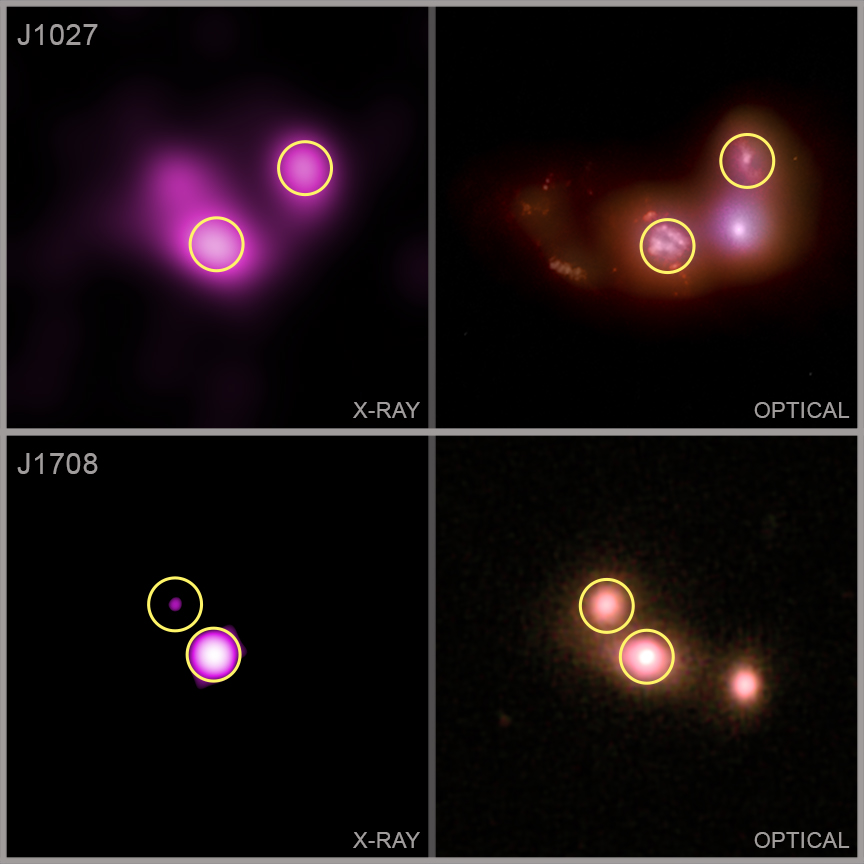 X-ray: NASA/CXC/Univ. of Michigan/A. Foord et al.;
Optical: SDSS & NASA/STScI
A new study helps reveal what happens to supermassive black holes when three galaxies merge, as reported in our latest press release. This result, which used data from NASA's Chandra X-ray Observatory and several other telescopes, tells astronomers more about how galaxies and the giant black holes in their centers grow over cosmic time.

While there have been previous studies of mergers between two galaxies, this is one of the first to systematically look at the consequences for supermassive black holes when three galaxies come together. This panel of images contains data from two of seven galactic collisions in the new study containing two supermassive black holes left growing after the collision. The pair of mergers are seen in X-rays from Chandra (left in purple) and optical data (right) from NASA's Hubble Space Telescope and the Sloan Digital Sky Survey (SDSS). Circles in a labeled version of the Chandra image show X-rays from hot gas falling towards each black hole.