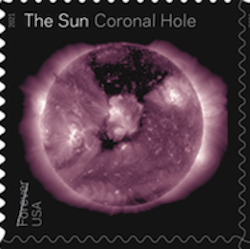 
The forecast is not always sunny in space. Strong winds blow, and storms rage. Severe solar outbursts can be dangerous for nearby planets and their inhabitants. Perhaps the most notable example is the so-called "Carrington Event" of September 1, 1859. This event began with two unusual, intensely-bright visible-light flares seen on the disk of the Sun by British astronomer Richard Carrington. This event, we know now, was produced by a giant solar flare (as powerful as a billion atomic bombs) followed by an ejection of a huge amount of electrically-charged matter into interplanetary space. When this matter hit the earth, it caused an enormously-strong geomagnetic storm which melted telegraph lines and disrupted global communications. Such solar storms are caused by the accumulation and release of the Sun's magnetic energy. Understanding the details of how these magnetic storms are generated is the job of the Solar Dynamic Observatory, so scientists can, one day, explain and even forecast local "space weather" conditions to help us (and astronauts in earth orbit, or on the moon, or on their way to Mars or other places) prepare for the consequences of dangerous solar storms and avoid catastrophic damage to the incredibly fragile technology on which our modern civilization relies. SDO has watched the Sun nearly continuously since its launch 11 years ago, generating an incredible archive of images and data showing the Sun in all the mysterious moods of its 11-year solar cycle. Now, in honor of the contributions SDO has made towards understanding our Sun, the USPS will issue a 20 stamp set (a sample shown above) highlighting beautiful images of the Sun obtained by SDO. These are "forever stamps" - unless the Sun hits us with another Carrington-level solar flare.