Explanation: Gorgeous spiral galaxy NGC 3521 is a mere 35 million light-years away, toward the constellation Leo. Relatively bright in planet Earth's sky, NGC 3521 is easily visible in small telescopes but often overlooked by amateur imagers in favor of other Leo spiral galaxies, like M66 and M65. It's hard to overlook in this colorful cosmic portrait</a>, though. Spanning some 50,000 light-years the galaxy sports characteristic patchy, irregular spiral arms laced with dust, pink star forming regions, and clusters of young, blue stars. Remarkably, this deep image also finds NGC 3521 embedded in gigantic bubble-like shells. The shells are likely tidal debris, streams of stars torn from satellite galaxies that have undergone mergers with NGC 3521 in the distant past.

By far the most interesting thing about NGC 3521 is the thick "smoke" of old yellow stars that seems to arise from the galaxy's center and billow outward to envelope the disk as well. Note the little "curl" of yellowish haze at the "top end" of the disk. (And note the very blue background galaxies seen through the halo of NGC 3521 at bottom right.)

Which brings us to the question of more or less visible galactic halos and/or outer arms. Because galaxies do have halos and other low-surface brightness mostly outer features. 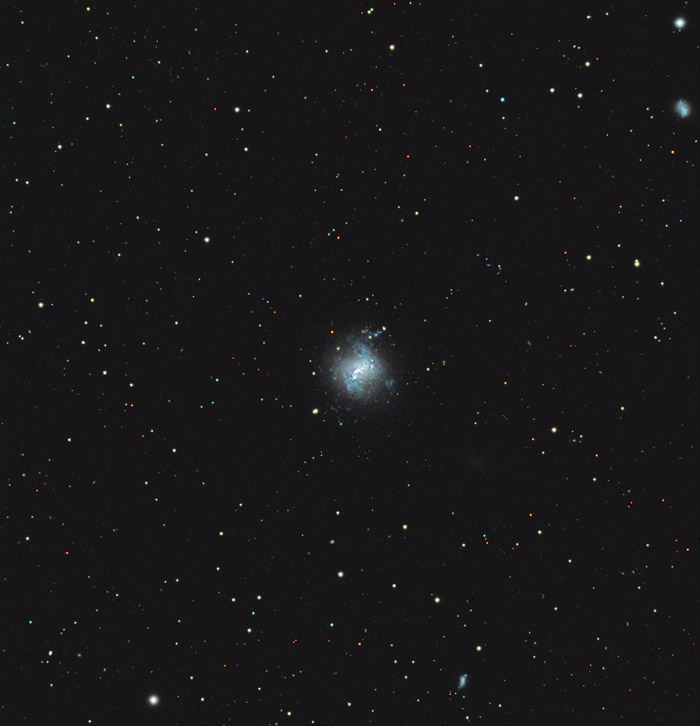 A Hubble image of NGC 4214. We can see that NGC 4214 has a reddish spheroidal 'main body' with huge and brilliant pockets of star formation. Note the very large population of old red stars in the non-starforming parts of the galaxy. Credit: NASA, ESA and the Hubble Heritage Team (STScI/AURA)-ESA/Hubble Collaboration Acknowledgment: R. O’Connell (University of Virginia) and the WFC3 Scientific Oversight Committee


NGC 4214 is a good example of a (dwarf) galaxy that looks blue in most amateur images because of its brilliant young clusters and intense star formation. But much of the galaxy is dominated by of faint old yellow stars. 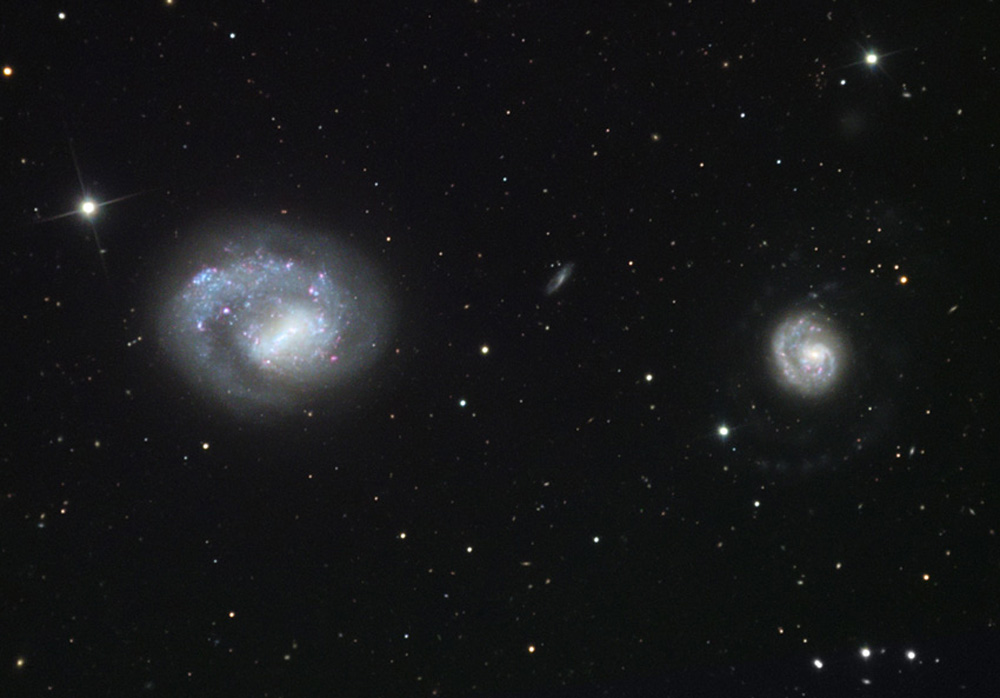 
In the galactic pair of NGC 4618/4625, NGC 4618 has the brighter starforming disk and a relatively small yellow "border" (this is probably the thick disk of NGC 4618). NGC 4625, by contrast, has a large set of outer spiral arms which become bright only in ultraviolet light.

As the image demonstrates, the lengthy spiral arms are nearly invisible when viewed in optical light while bright in ultraviolet. This is because they are bustling with hot, newborn stars that radiate primarily ultraviolet light.

The youthful arms are also very long, stretching out to a distance four times the size of the galaxy's core. They are part of the largest ultraviolet galactic disk discovered so far.

Located 31 million light-years away in the constellation Canes Venatici, NGC 4625 is the closest galaxy ever seen with such a young halo of arms.

But there is certainly at least one galaxy with a larger (but much fainter!) set of outer spiral arms, namely giant low surface brightness galaxy Malin 1. 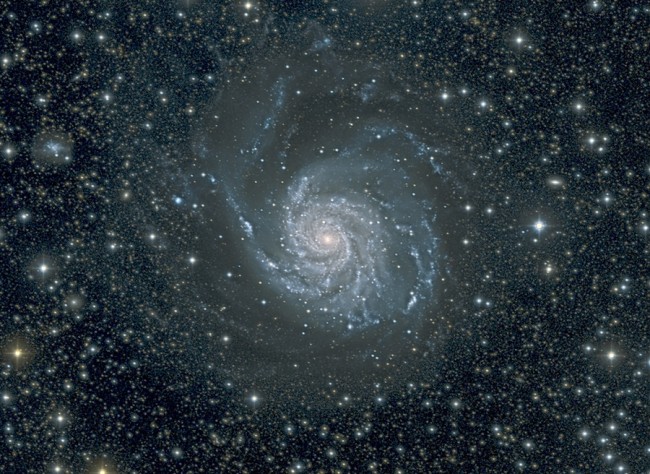 
Because of its enormous set of extremely low surface brightness arms, the size of Malin 1's disk is some 650,000 light-years in diameter. As for well-known spiral galaxy M101, few of us are used to seeing its extensive set of invisible "ghost arms".

OK, I guess I can see why they call it a bubble!

https://en.wikipedia.org/wiki/Men_in_Black_(1997_film) wrote:
Click to play embedded YouTube video.
<<In upstate New York, an alien illegally crash-lands on Earth, kills a farmer named Edgar, and uses his skin as a disguise. Tasked with finding a device called "The Galaxy", the Edgar alien goes into a New York restaurant and finds two aliens (disguised as humans) who are supposed to have it in their possession. He kills them and takes a container from them but is angered to find only diamonds inside. After learning about the incident in a tabloid magazine, K investigates the crash landing and concludes that Edgar's skin was taken by a "bug", a species of aggressive cockroach-like aliens. He and J head to a morgue to examine the bodies the bug killed. Inside one body (which turns out to be a piloted robot) they discover a dying Arquillian alien, who says that "to prevent war, the galaxy is on Orion's belt". The alien, who used the name Rosenberg, was a member of the Arquillian royal family; K fears his death may spark a war. MIB informant Frank the Pug explains that the missing galaxy is a massive energy source housed in a small jewel. J deduces that the galaxy is hanging on the collar of Rosenberg's cat, Orion, which refuses to leave the body at the morgue. J and K arrive just as the bug takes the galaxy and kidnaps the coroner, Laurel Weaver. Meanwhile, an Arquillian battleship fires a warning shot in the Arctic and delivers an ultimatum to the MIB: return the galaxy within a "galactic standard week", in an hour of Earth time, or they will destroy Earth.>>

Can someone point me to the original source of this nice image? I can't locate it from the image attribution info given.
--
"To B̬̻̋̚o̞̮̚̚l̘̲̀᷾d̫͓᷅ͩḷ̯᷁ͮȳ͙᷊͠ Go......Beyond The F͇̤i̙̖e̤̟l̡͓d͈̹s̙͚ We Know."
Top

johnnydeep wrote: ↑
Fri Apr 02, 2021 4:53 pm
Can someone point me to the original source of this nice image? I can't locate it from the image attribution info given.

It would be nice if they had specified collection data such as equipment and the parameters of the image acquisition as is customary.

johnnydeep wrote: ↑
Fri Apr 02, 2021 4:53 pm
Can someone point me to the original source of this nice image? I can't locate it from the image attribution info given.

Thanks! And I see it’s now the most recent post (only an hour old as I type this) at the Facebook page for Dietmar Hager - https://www.facebook.com/StargazerObservatory/ - who is the “processing” attribution credit.
--
"To B̬̻̋̚o̞̮̚̚l̘̲̀᷾d̫͓᷅ͩḷ̯᷁ͮȳ͙᷊͠ Go......Beyond The F͇̤i̙̖e̤̟l̡͓d͈̹s̙͚ We Know."
Top 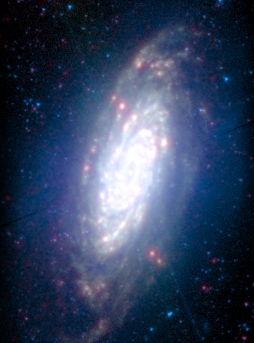 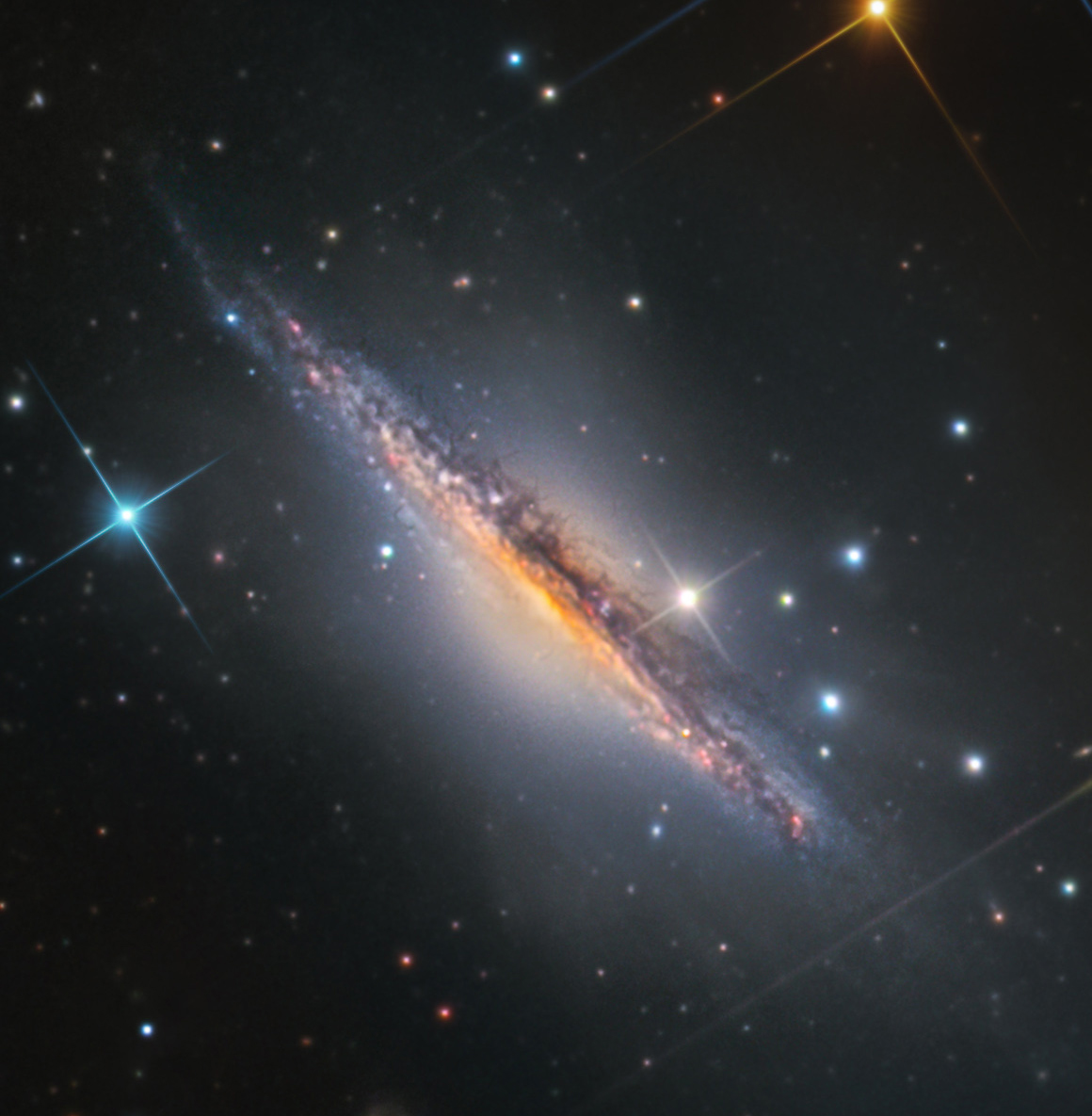 NGC 1055 is another galaxy with a bright and puffed-up yellow bulge, merging with its inner halo. In the case of NGC 1055, the stream of stars seem to "flow" along one side of the disk and create a broad tail behind it.

If the link won't open, go to Mark Hanson's own page to see it.


Interesting comparison between NGC 891, which has no halo, and NGC 7814, which has a massive halo.