Brown dwarfs, sometimes known as “failed stars,” can spin at upwards of 200,000 mph, but there may be a limit to how fast they can go.

The faster a brown dwarf spins, the narrower the different-colored atmospheric bands on it likely become, as shown in this illustration. Some brown dwarfs glow in visible light, but they are typically brightest in infrared wavelengths, which are longer than what human eyes can see. Credits: NASA/JPL-Caltech/R. Hurt (IPAC)

Using data from NASA’s Spitzer Space Telescope, scientists have identified the three fastest-spinning brown dwarfs ever found. More massive than most planets but not quite heavy enough to ignite like stars, brown dwarfs are cosmic in-betweeners. And though they aren’t as well known as stars and planets to most people, they are thought to number in the billions in our galaxy.

In a study appearing in the Astronomical Journal, the team that made the new speed measurements argue that these three rapid rotators could be approaching a spin speed limit for all brown dwarfs, beyond which they would break apart. The rapidly rotating brown dwarfs are all about the same diameter as Jupiter but between 40 and 70 times more massive. They each rotate about once per hour, while the next-fastest known brown dwarfs rotate about once every 1.4 hours and Jupiter spins once every 10 hours. Based on their size, that means the largest of the three brown dwarfs whips around at more than 60 miles per second (100 kilometers per second), or about 220,000 miles per hour (360,000 kilometers per hour).

The speed measurements were made using data from Spitzer, which NASA retired in January 2020. (The brown dwarfs were discovered by the ground-based Two Micron All Sky Survey, or 2MASS, which ran until 2001.) The team then corroborated their unusual findings through observations with the ground-based Gemini North and Magellan telescopes. ...


Weather on Other Worlds. V. The Three Most Rapidly Rotating Ultra-Cool Dwarfs ~ Megan E. Tannock et al
Know the quiet place within your heart and touch the rainbow of possibility; be
alive to the gentle breeze of communication, and please stop being such a jerk. — Garrison Keillor
Top 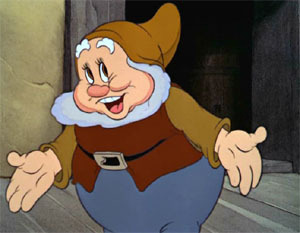 <<Ultracool dwarfs and brown dwarfs experience faster rotation as they age, due to gravitational contraction. These objects also have magnetic fields similar to the coolest stars. However, the discovery of rapidly rotating brown dwarfs such as the T6 brown dwarf WISEPC J112254.73+255021.5 lends support to theoretical models that show that rotational braking by stellar winds is over 1000 times less effective at the end of the main sequence.>>