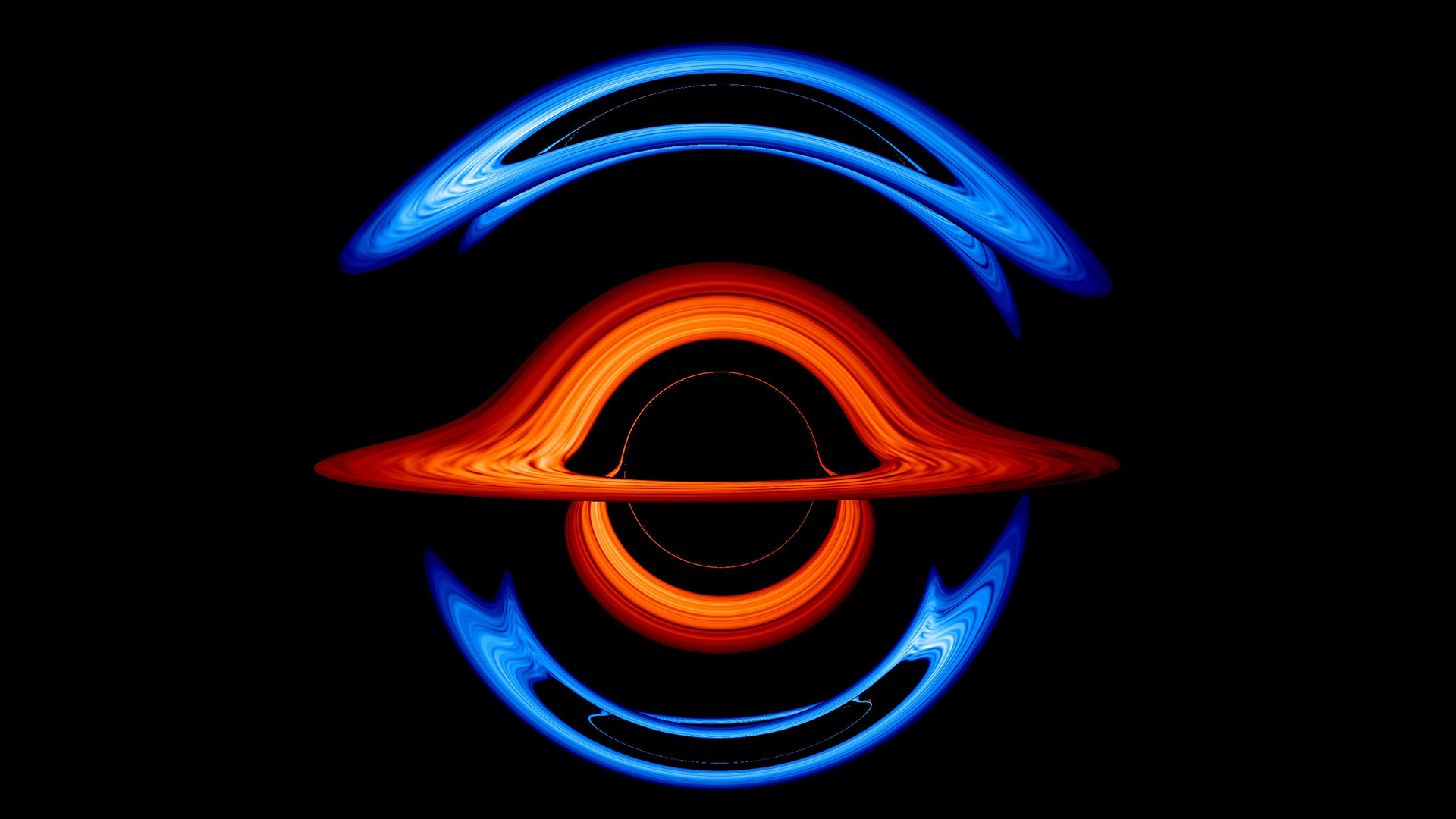 In this frame from the new visualization, a supermassive black hole weighing 200 million solar masses lies in the foreground. Its gravity distorts light from the accretion disk of a smaller companion black hole almost directly behind it, creating this surreal view. Different colors for the accretion disks make it easier to track the contributions of each one. Credit: NASA/GSFC/Jeremy Schnittman and Brian P. Powell

A pair of orbiting black holes millions of times the Sun’s mass perform a hypnotic pas de deux in a new NASA visualization. The movie traces how the black holes distort and redirect light emanating from the maelstrom of hot gas – called an accretion disk – that surrounds each one.

Viewed from near the orbital plane, each accretion disk takes on a characteristic double-humped look. But as one passes in front of the other, the gravity of the foreground black hole transforms its partner into a rapidly changing sequence of arcs. These distortions play out as light from both disks navigates the tangled fabric of space and time near the black holes. ...

The accretion disks have different colors, red and blue, to make it easier to track the light sources, but the choice also reflects reality. Hotter gas gives off light closer to the blue end of the spectrum, and material orbiting smaller black holes experiences stronger gravitational effects that produce higher temperatures. For these masses, both accretion disks would actually emit most of their light in the UV, with the blue disk reaching a slightly higher temperature.

Visualizations like this help scientists picture the fascinating consequences of extreme gravity’s funhouse mirror. The new video doubles down on an earlier one Schnittman produced showing a solitary black hole from various angles. ...