RMG: Astronomy Photographer of the Year 2021 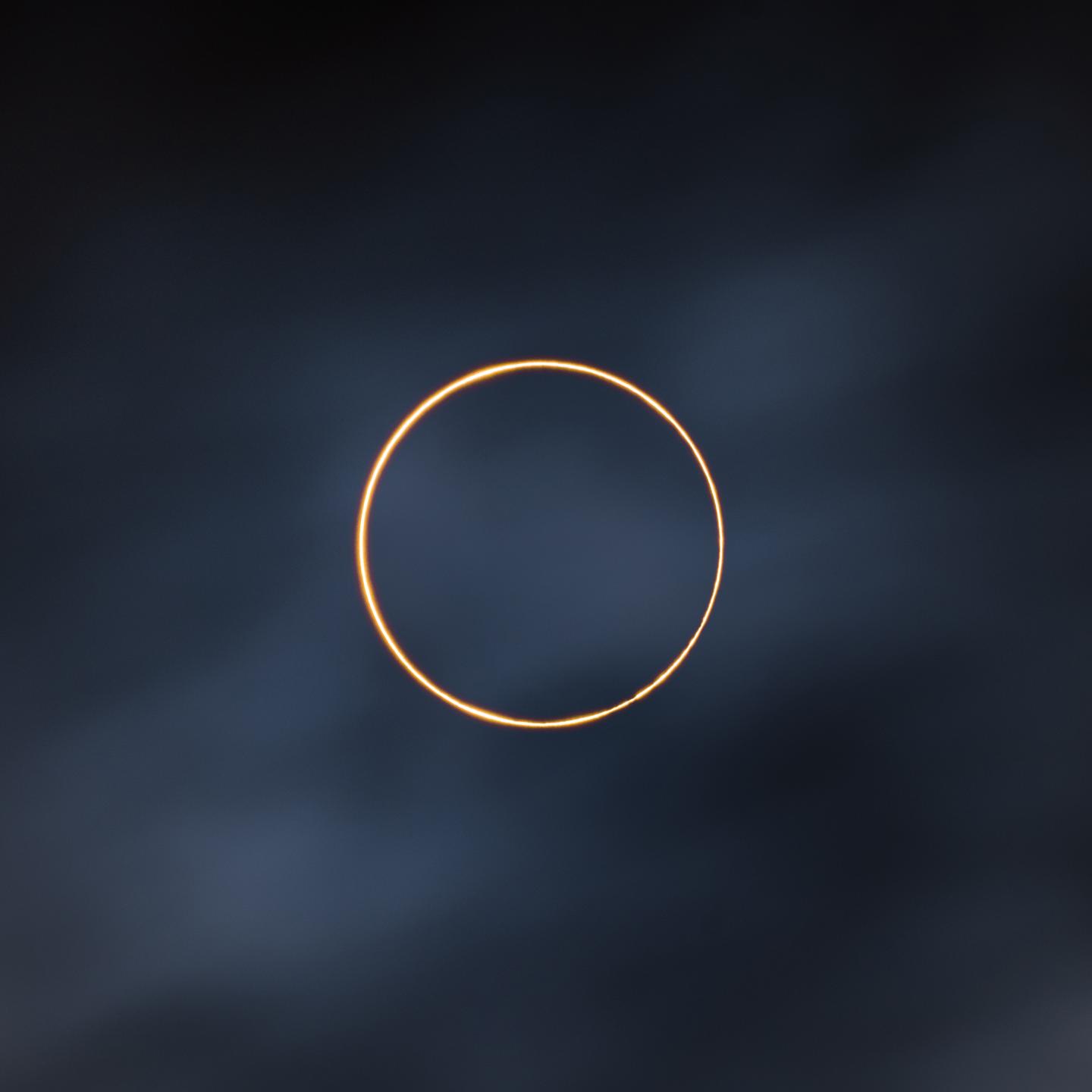 The Golden Ring by Shuchang Dong 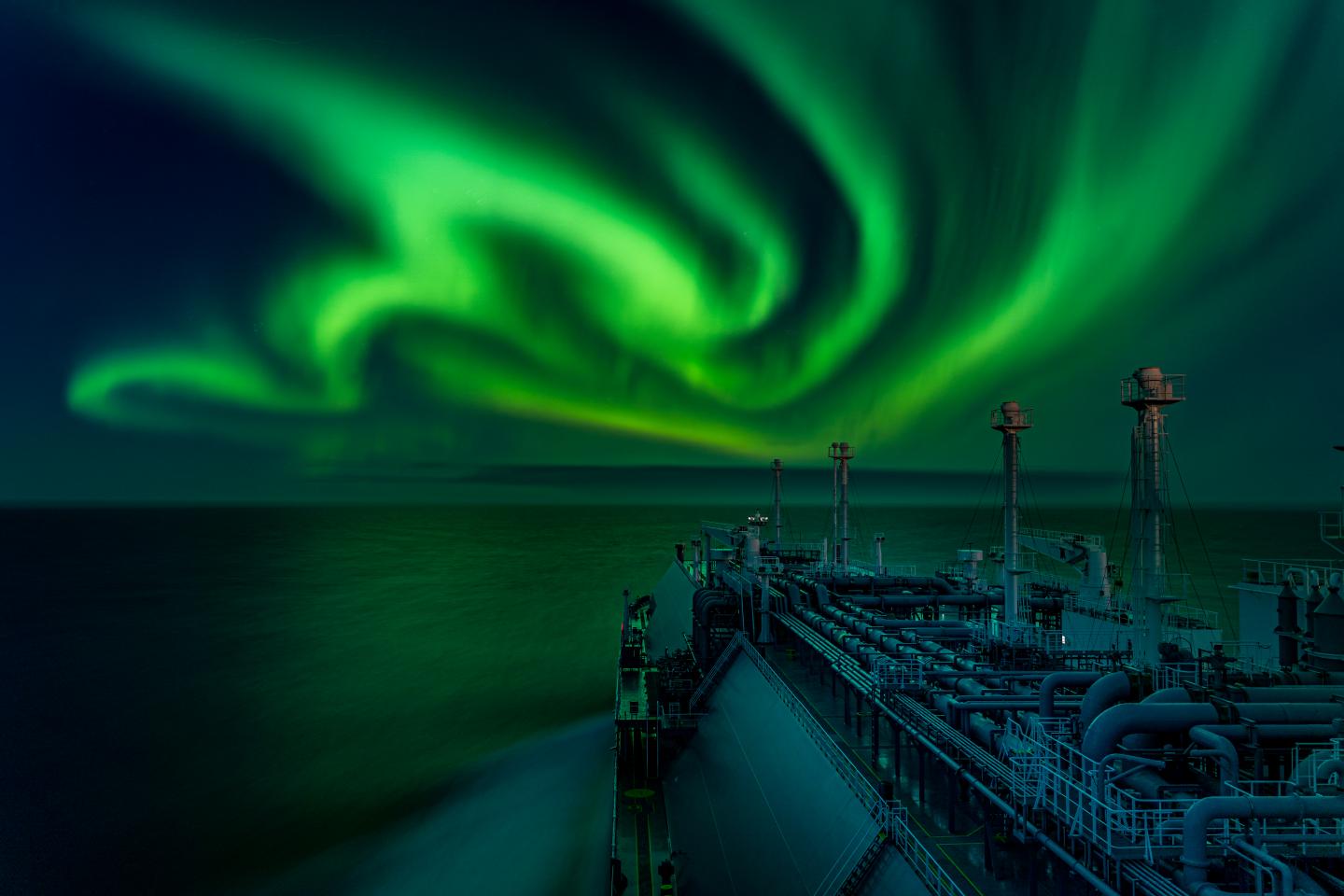 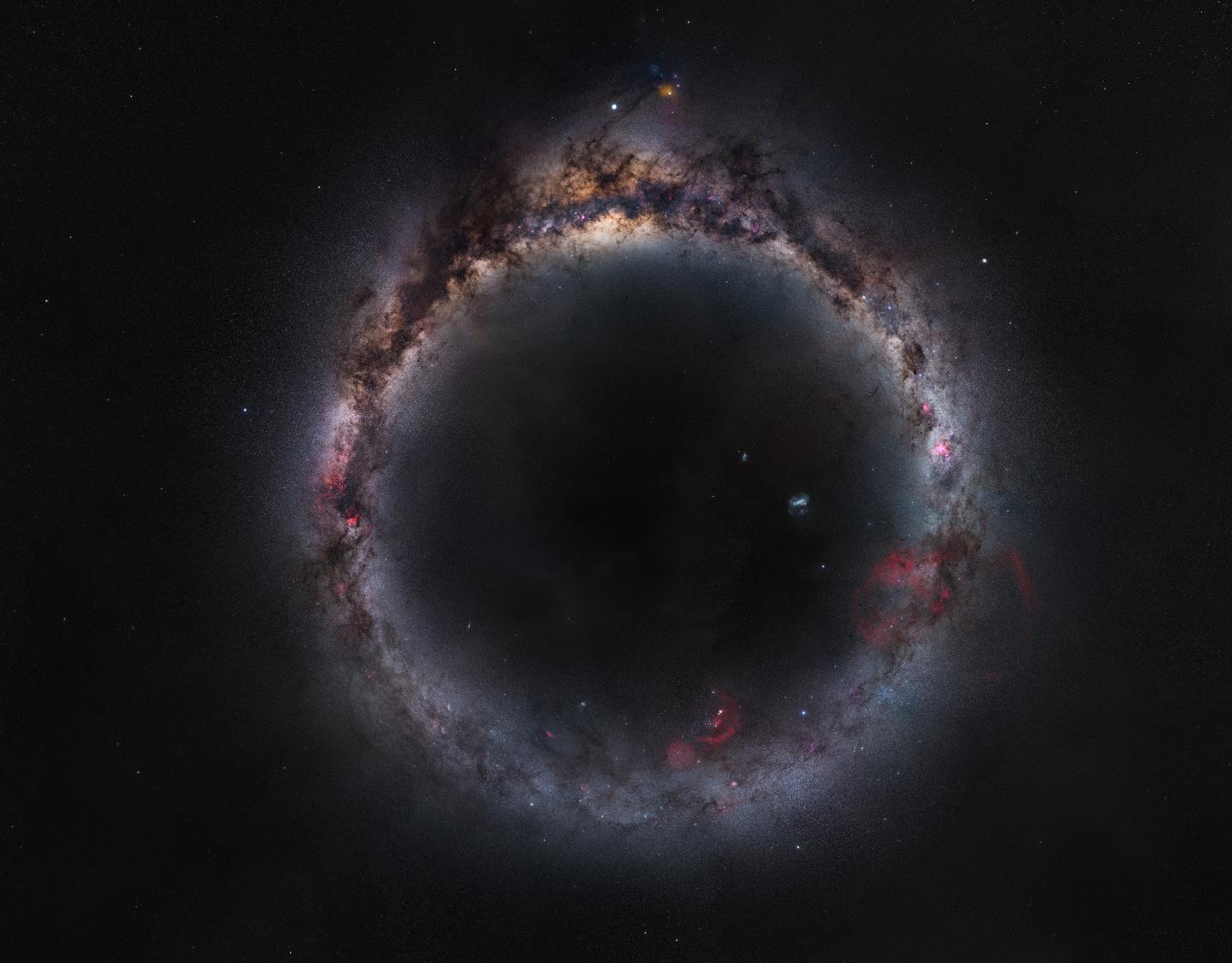 The Milky Ring by Zhong Wu 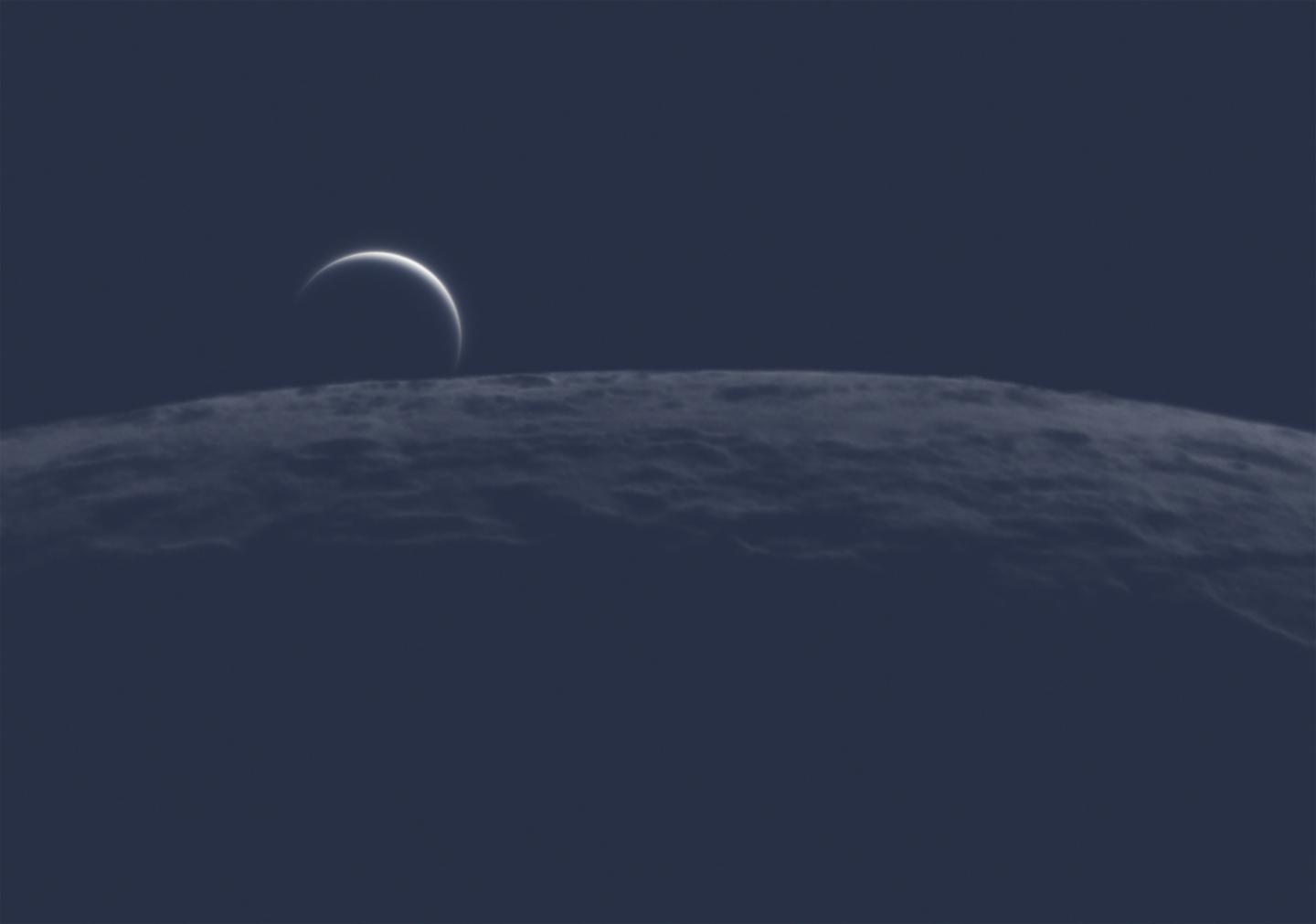 Beyond the Limb by Nicolas Lefaudeux 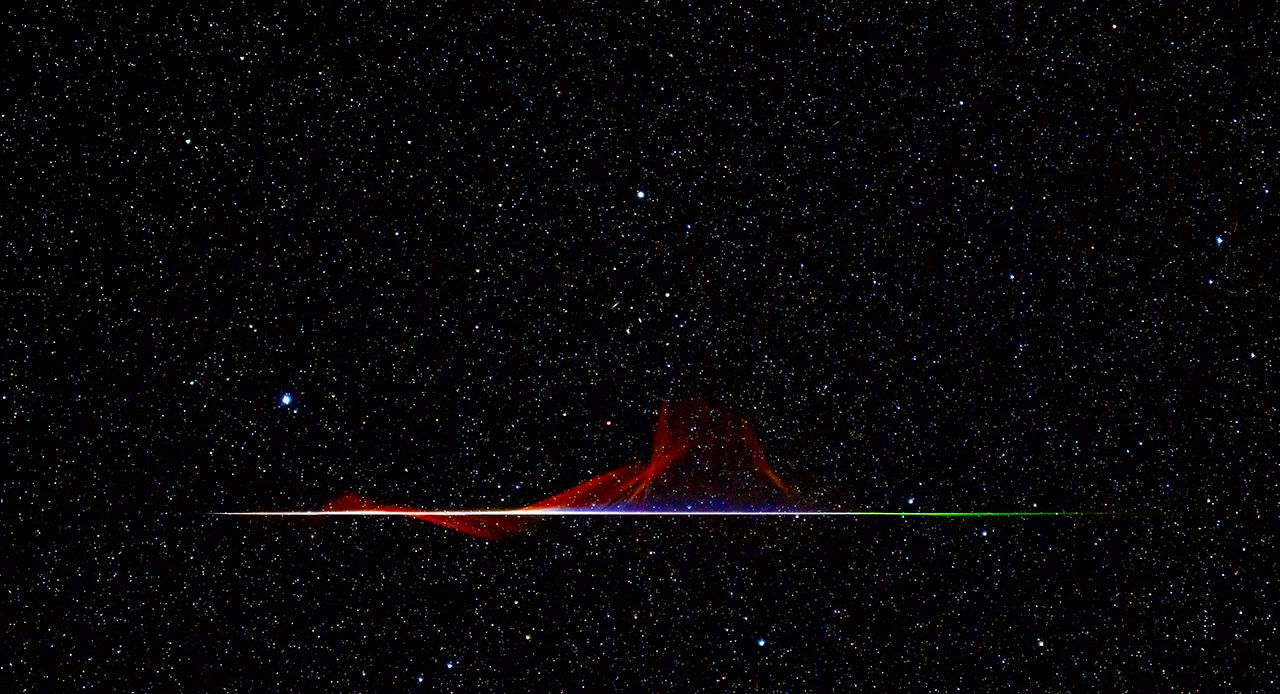 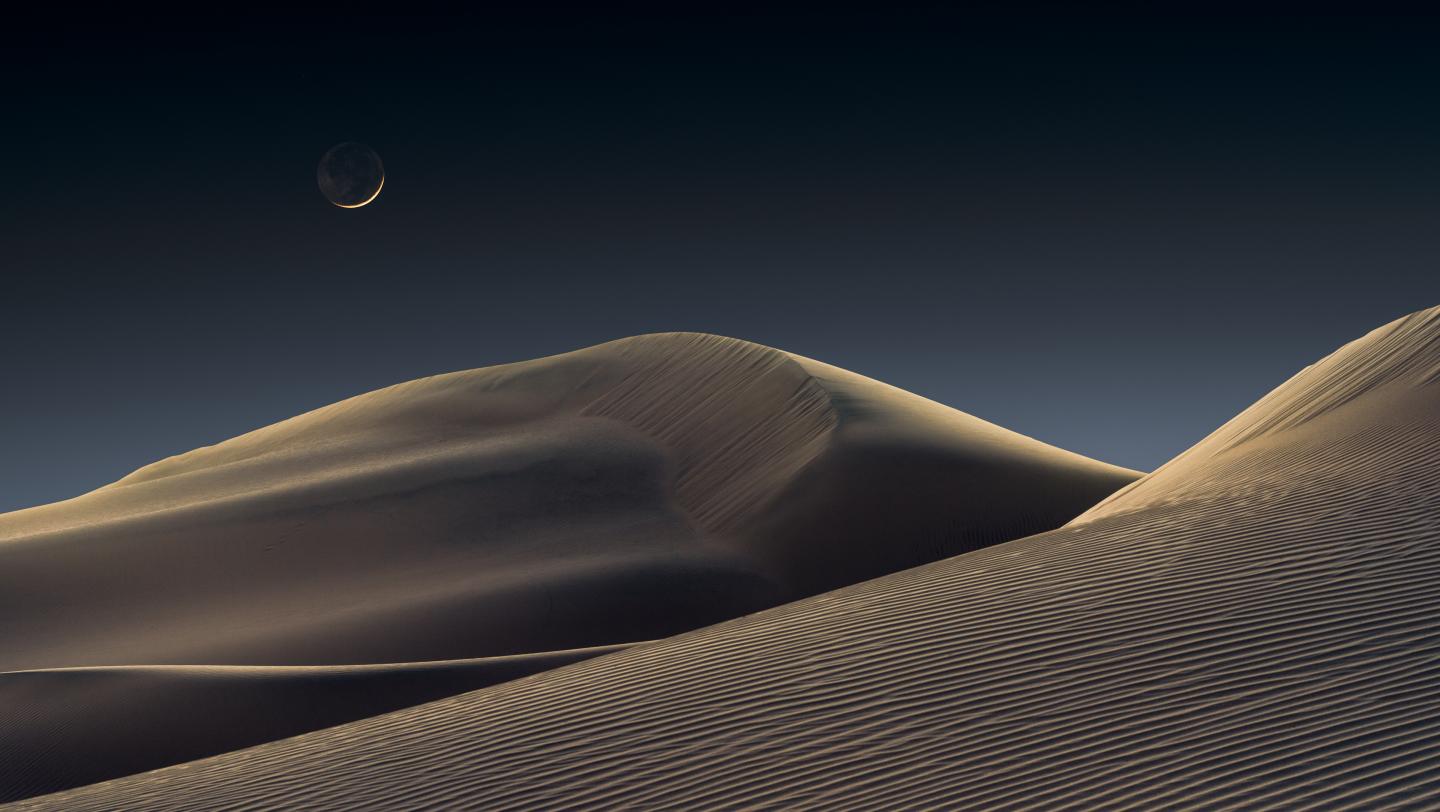 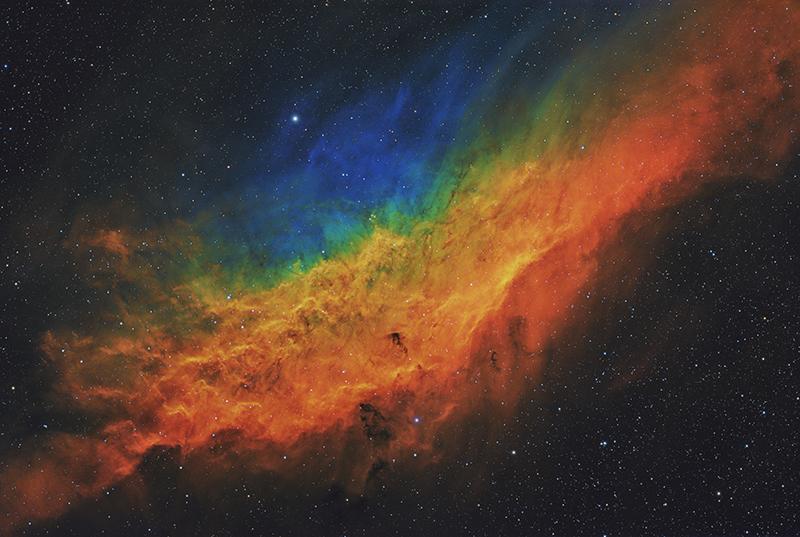 Young Astronomy Photographer of the Year 2021

Family Photo of the Solar System by 至璞 王 (aged 15) 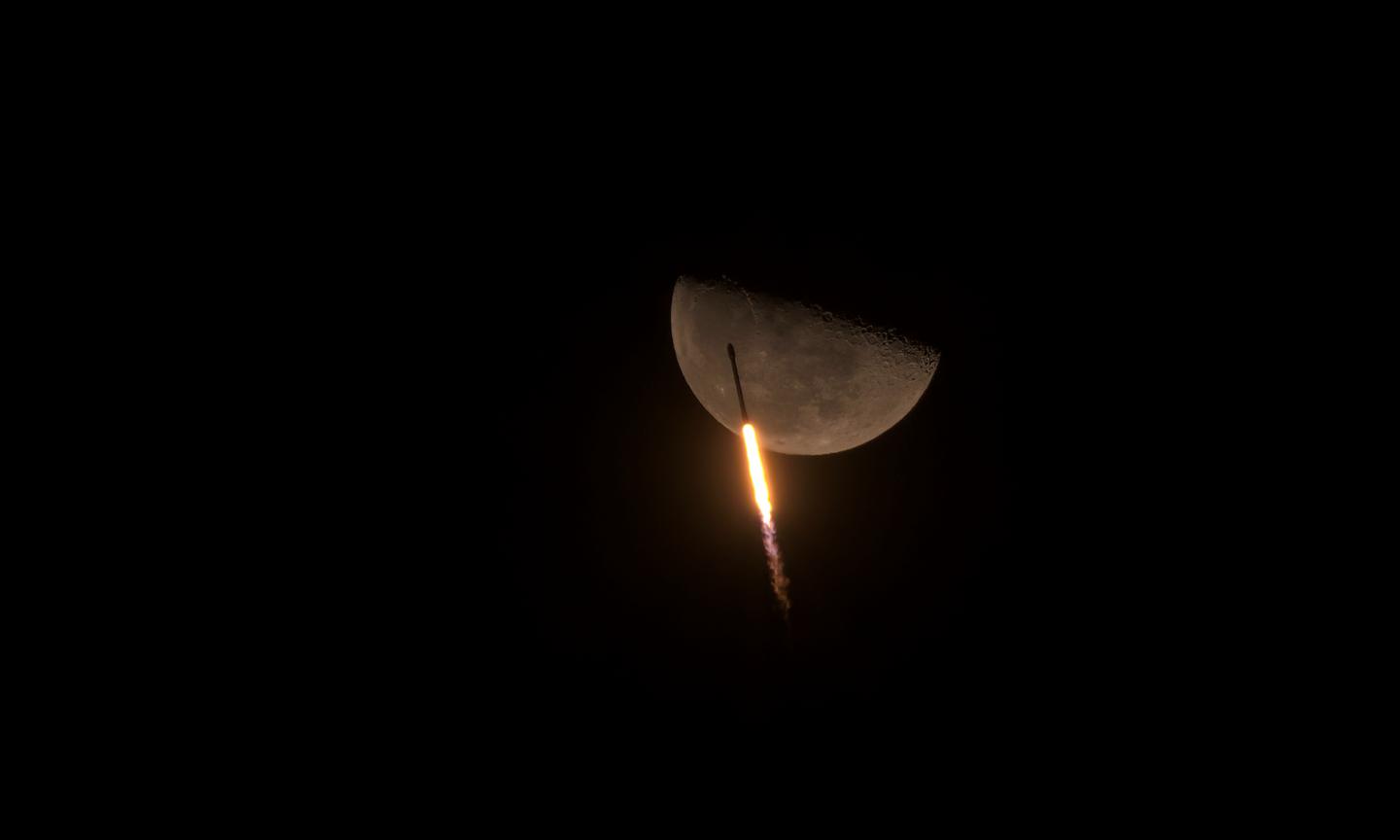 Falcon 9 Soars Past the Moon by Paul Eckhardt 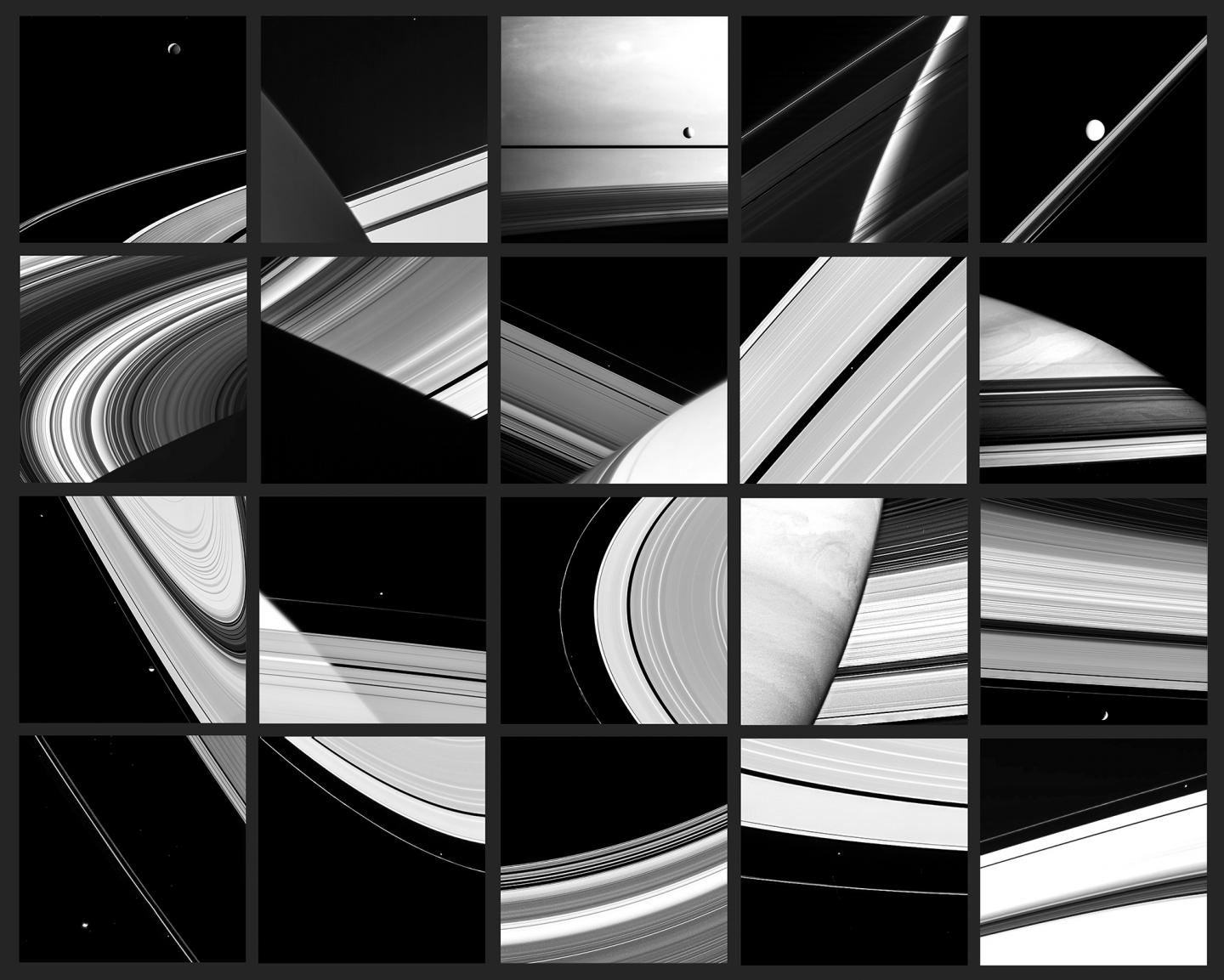 Another Cloudy Day on Jupiter by Sergio Díaz Ruiz 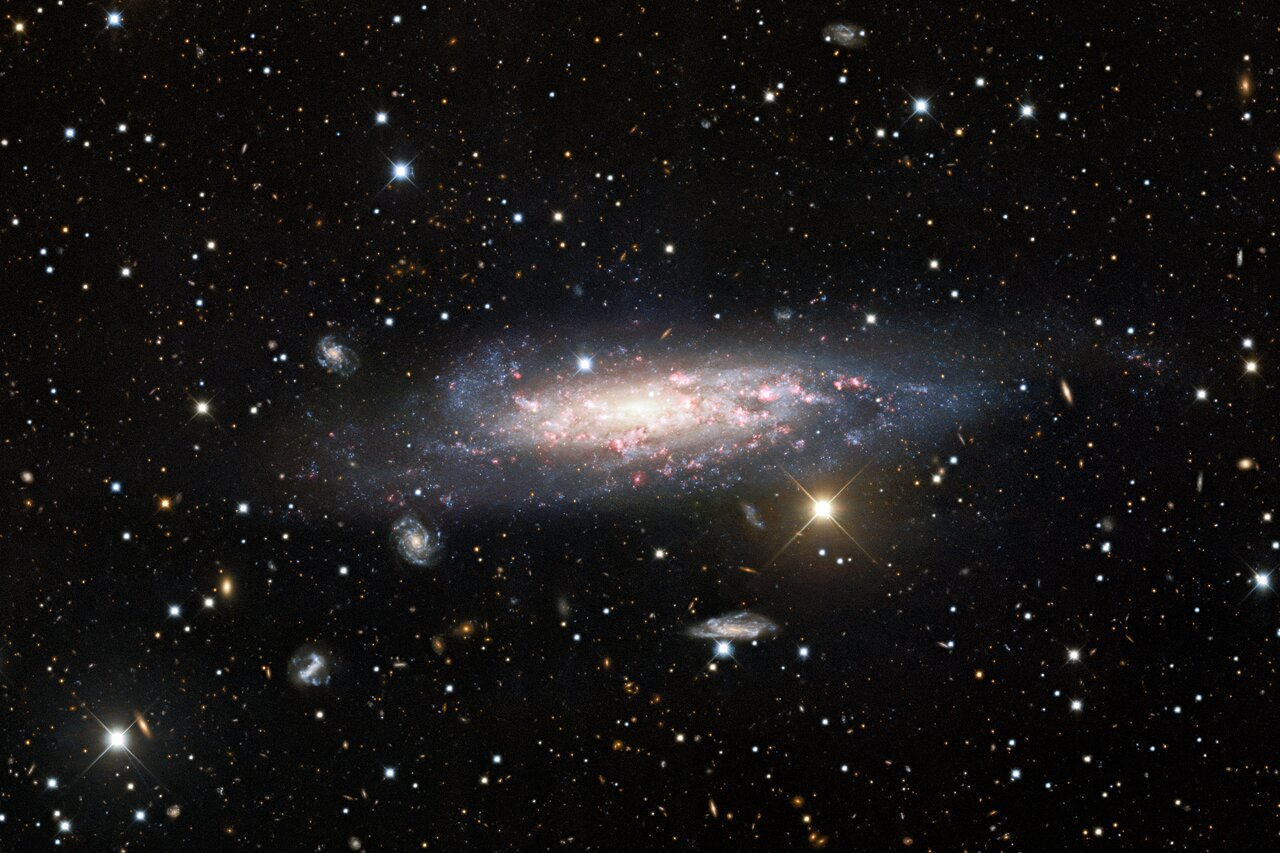 In this Picture of the Week, taken by drone, you can see nearly all of the telescopes at ESO’s La Silla Observatory snaking along the top of the 2400-metre saddle-shaped mountain and into the distance. One for the La Silla family album!

La Silla is located on the outskirts of Chile’s Atacama Desert, far from human-made light pollution in an area famed for its dark, clear skies. It was ESO’s first observatory, inaugurated in 1969, and remains at the forefront of astronomy today, with around 300 scientific papers using observations from La Silla telescopes published every year.

The most prominent telescope in this image is the ESO 3.6-metre telescope, home to the world's foremost exoplanet hunting instrument: the High Accuracy Radial velocity Planet Searcher, or HARPS. Thanks to the observations made with HARPS, astronomers have worked out that there are likely billions of rocky planets in the temperate zones around red dwarfs in the Milky Way, worlds that could potentially be home to life outside the Solar System.

This absorption by interstellar material affects some wavelengths of light more than others, changing the colours of astronomical objects and causing them to appear redder than they actually are. Astronomers call this process “reddening”, and it makes determining the properties of globular clusters close to the galactic centre — such as ESO 520-21 — particularly difficult.

ESO 520-21 lies in the constellation Ophiuchus, near the celestial equator. Ophiuchus was one of the 48 constellations which appeared in the writings of the second-century Egyptian astronomer Ptolemy, all of which are among the 88 constellations officially recognised by the International Astronomical Union today. Not all the constellations proposed by astronomers throughout history have survived, however — forgotten or obsolete constellations include Felis (the Cat), Rangifer (the Reindeer), and even Officina Typographica (the Printer’s Workshop).

Christmas Tree Cluster (NGC 2264) region
https://www.astrobin.com/m3vbkg/
Copyright: David Cheng
7iDOuVbHRRUT_1824x0_2UuP6j-z.jpg
You do not have the required permissions to view the files attached to this post.
Top

NGC 1579
https://www.astrobin.com/8mw4t7/
Copyright: Peter Folkesson
c6M-HGzWIxXO_1824x0_ki7Ut7xY.jpg
You do not have the required permissions to view the files attached to this post.
Top

NGC 1760
https://www.astrobin.com/amxeny/
Copyright: Casey Good
Bm2SruPWUBo7_1824x0_Da5AUjSu.jpg
You do not have the required permissions to view the files attached to this post.
Top 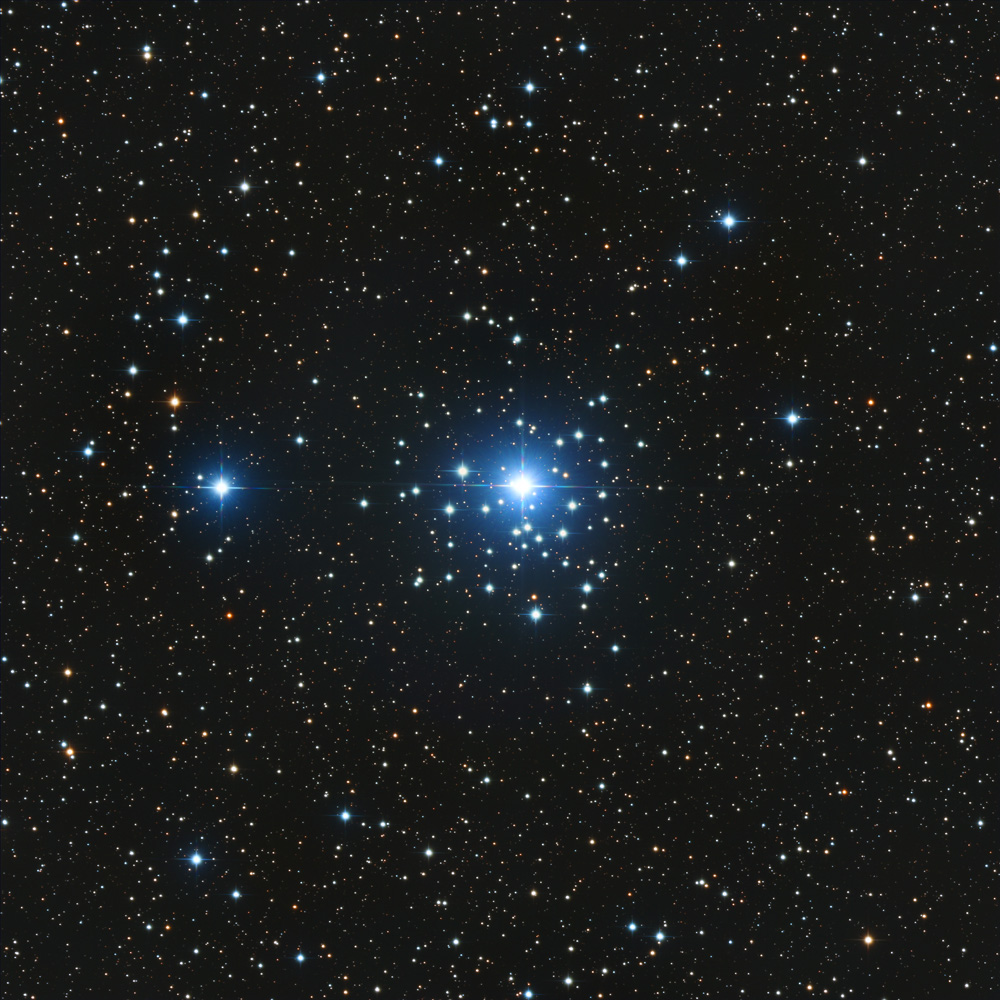 Chamaeleon II
https://astrodonimaging.com/gallery/haast-eagle/
Copyright: Don Goldman
ChaII.jpg
This area is also catalogued as Sandqvist 156.
You do not have the required permissions to view the files attached to this post.
Top 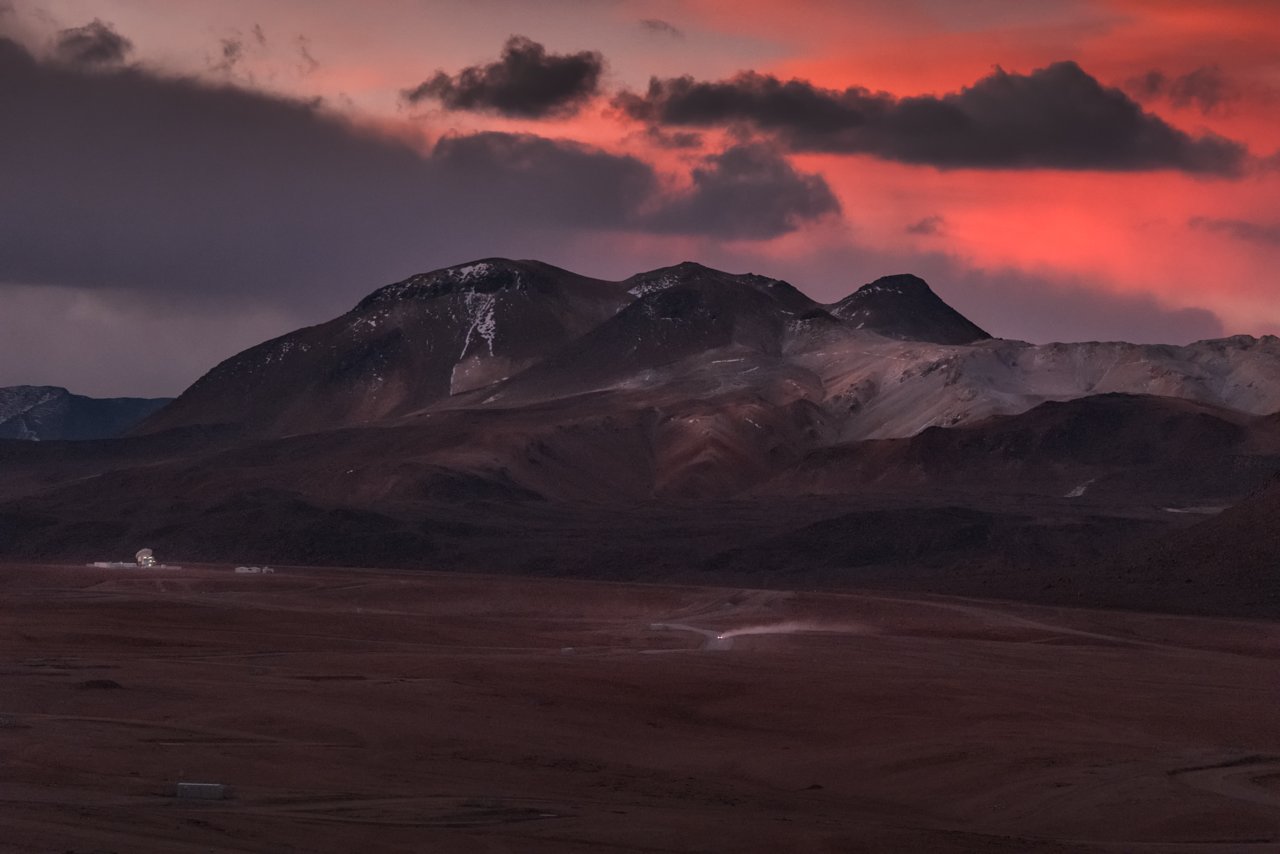 The low twilight Sun highlights the clouds hanging over the Chilean Atacama landscape in this Picture of the Week, bathing the scene in deep, fiery red light. The image is dominated by the Purico Complex, a clump of volcanic mountains whose highest peak reaches a whopping 5703 metres in elevation! A single vehicle is visible on the remote road below, kicking up a stream of opaque dust in its wake, and towards the left of the image is a cluster of buildings...and a single antenna.

This is the ESO-operated Atacama Pathfinder Experiment (APEX), one of the highest telescopes in the world. APEX is designed to work at submillimetre wavelengths between infrared light and radio waves, which are key to revealing some of the coldest, dustiest, and most distant objects in the Universe. Over the years, it has explored a wide range of astronomical phenomena, probing the wild early lives of today’s most massive galaxies, studying matter torn apart by a supermassive black hole, and mapping the plane of the Milky Way.

Because submillimetre radiation from space is heavily absorbed by water vapour in the Earth's atmosphere, it is best to observe it from high altitudes — hence APEX’s location. The experiment can be found at an altitude of 5100 metres, up on the Chajnantor plateau in Chile’s Atacama Desert. This desert is one of the driest places on Earth, and as such offers unsurpassed views of the cosmos. The site is also home to the Atacama Large Millimeter/submillimeter Array (ALMA), the world's largest ground-based facility for observations in the millimetre/submillimetre regime. ALMA’s 66 high-precision antennas are not visible in this image; they are scattered across the plateau behind the photographer. 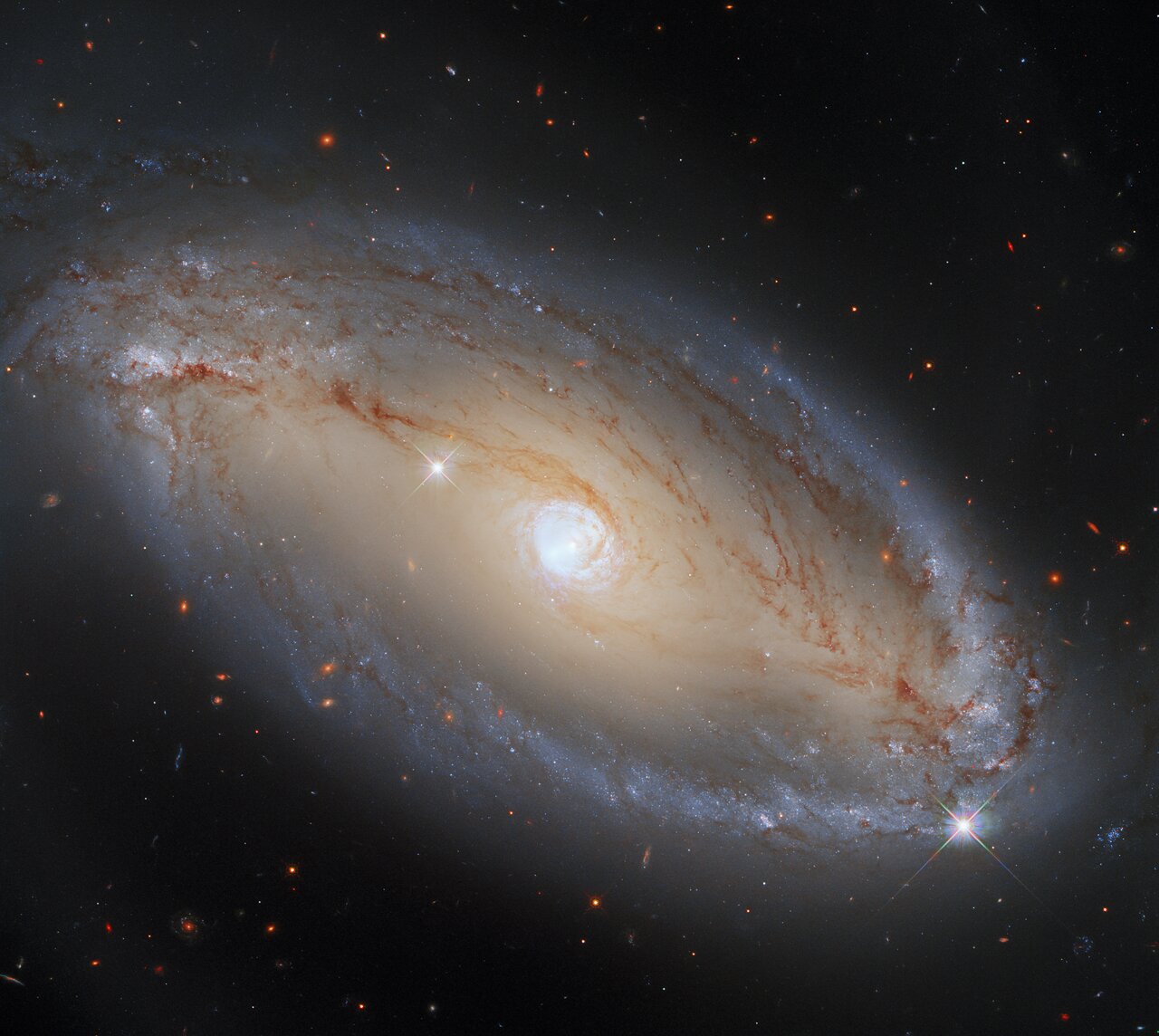 Meet NGC 5728, a spiral galaxy around 130 million light-years from Earth. This image was captured using Hubble’s Wide Field Camera 3 (WFC3), which is extremely sensitive to visible and infrared light. Therefore, this image beautifully captures the regions of NGC 5728 that are emitting visible and infrared light. However, there are many other types of light that galaxies such as NGC 5728 can emit, which WFC3 cannot see.

In this image, NCG 5728 appears to be an elegant, luminous, barred spiral galaxy. What this image does not show, however, is that NGC 5728 is also a monumentally energetic type of galaxy, known as a Seyfert galaxy. This extremely energetic class of galaxies are powered by their active cores, which are known as active galactic nuclei (AGNs). There are many different types of AGNs, and only some of them power Seyfert galaxies. NGC 5728, like all Seyfert galaxies, is distinguished from other galaxies with AGNs because the galaxy itself can be seen clearly. Other types of AGNs, such as quasars, emit so much radiation that it is almost impossible to observe the galaxy that houses them. As this image shows, NGC 5728 is clearly observable, and at optical and infrared wavelengths it looks quite normal. It is fascinating to know that the galaxy’s centre is emitting vast amounts of light in parts of the electromagnetic spectrum that WFC3 just isn’t sensitive to! Just to complicate things, the AGN at NGC 5728’s core might actually be emitting some visible and infrared light — but it may be blocked by the dust surrounding the galaxy’s core.

NGC 654, NGC 663 and IC 166
https://www.astrobin.com/8f5j1b/B/
Copyright: Eric Coles and Mel Helm
FasZcG8UbCrC_1824x0_Yj9Sel4c.jpg
You do not have the required permissions to view the files attached to this post.
Top

Double Cluster (NGC 869 and NGC 884)
https://www.astrobin.com/bf1e8w/B/
Copyright: Robert Eder
wCsFTzDJMMZn_1824x0_SH1tglsS.jpg
You do not have the required permissions to view the files attached to this post.
Top

NGC 7789
https://www.astrobin.com/sbl9t2/
Copyright: Yizhou Zhang
48z9_acijhOV_1824x0_kWXURFLk.jpg
You do not have the required permissions to view the files attached to this post.
Top

NGC 1491
https://www.astrobin.com/oqzb9r/0/
Copyright: Tim Gillespie
limXXDUesX5O_1824x0_yFH9vnnR.jpg
The open cluster near the bottom left corner is King 7.
You do not have the required permissions to view the files attached to this post.
Top

The moon is usually seen in subtle shades of gray or yellow.
The different colors are recognized to correspond to actual differences in the chemical composition of the lunar surface. Blue hues reveal areas rich in ilmenite, which contains iron, titanium and oxygen, mainly titanium, while orange and purple show relatively poor titanium and iron regions.
White areas are taller areas that are most exposed to the sun.
Trips to the moon have already been indicated by similar images.

You do not have the required permissions to view the files attached to this post.
Top
44 posts