Explanation: Comet Hale-Bopp, the Great Comet of 1997, became much brighter than any surrounding stars. It was seen even over bright city lights. Away from city lights, however, it put on quite a spectacular show. Here Comet Hale-Bopp was photographed above Val Parola Pass in the Dolomite mountains surrounding Cortina d'Ampezzo, Italy. Comet Hale-Bopp's blue ion tail, consisting of ions from the comet's nucleus, is pushed out by the solar wind. The white dust tail is composed of larger particles of dust from the nucleus driven by the pressure of sunlight, that orbit behind the comet. Comet Hale-Bopp (C/1995 O1) remained visible to the unaided eye for 18 months -- longer than any other comet in recorded history. The large comet is next expected to return around the year 4385. This month, Comet Leonard is brightening and may soon become <a rhef="ap211121.html">visible</a> to the unaided eye.

Nothing wrong with this APOD, although the motif is a bit old. 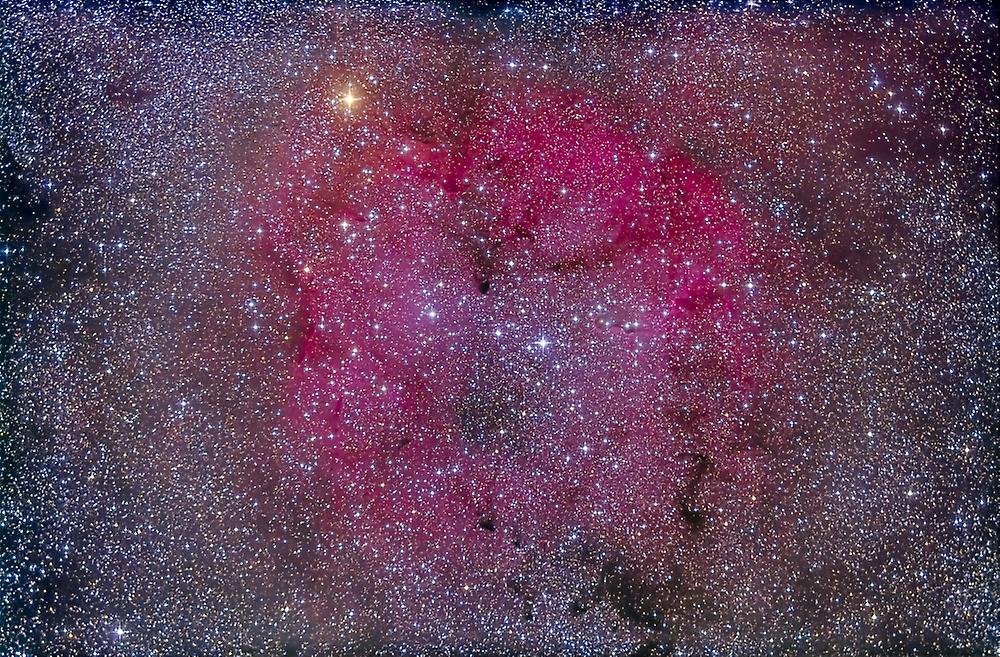 https://en.wikipedia.org/wiki/Comet_Hale%E2%80%93Bopp wrote:
<<Comet Hale–Bopp likely made its previous perihelion 4,200 years ago, in July 2215 BC. The estimated closest approach to Earth was 1.4 AU, and it may have been observed in ancient Egypt during the 6th dynasty reign of the Pharaoh Pepi II (Reign: 2247 – c. 2216 BC). Pepi's pyramid at Saqqara (in ancient Egyptian Men-nefer-Pepi meaning Pepi's splendour) is enduring contains a text referring to an "nhh-star" as a companion of the pharaoh in the heavens, where "nhh" is the hieroglyph for long hair.

Hale–Bopp may have had a near collision with Jupiter in early June 2215 BC, which probably caused a dramatic change in its orbit, and 2215 BC may have been its first passage through the inner Solar System from the Oort cloud. The comet's current orbit is almost perpendicular to the plane of the ecliptic, so further close approaches to planets will be rare. However, in April 1996 the comet passed within 0.77 AU of Jupiter, close enough for its orbit to be measurably affected by the planet's gravity. The comet's orbit was shortened considerably to a period of roughly 2,533 years, and it will next return to the inner Solar System around the year 4385. Its greatest distance from the Sun (aphelion) will be about 370 AU, reduced from about 525 AU.

The estimated probability of Hale-Bopp's striking Earth in future passages through the inner Solar System is remote, about 2.5×10−9 per orbit. However, given that the comet nucleus is around 60 km in diameter, the consequences of such an impact would be apocalyptic. Weissman conservatively estimates the diameter at 35 km; an estimated density of 0.6 g/cm3 then gives a cometary mass of 1.3×1019 g. At a probable impact velocity of 52.5 km/s, impact energy can be calculated as 1.9×1032 ergs, or 4.4×109 megatons, about 44 times the estimated energy of the K-T impact event.

Over many orbits, the cumulative effect of gravitational perturbations on comets with high orbital inclinations and small perihelion distances is generally to reduce the perihelion distance to very small values. Hale–Bopp has about a 15% chance of eventually becoming a sungrazing comet through this process.>>

Ann wrote: ↑Wed Dec 08, 2021 5:29 am I would have loved to see an APOD that was a collection of many different comets and their tails!

I'd recommend Damien Peach's comet galley page if you haven't seen it Ann. C/2012 S1 (ISON) is a particularly interesting one.

Maybe he could be approached and asked if he'd like to do an APOD collage?

I'm keeping an eye on Leonard, hopefully it will brighten enough for me to get a decent timelapse. I got this on NEOWISE last year.

The annotations on the deep image at the end were inspired by an APOD. Camera technology sure has improved since Hale-Bopp was around, we'd get far better pictures of it today.
Caradon Observatory, Cornwall, UK.
Top
5 posts • Page 1 of 1