Scientists discovered that post-starburst galaxies condense their gas rather than expelling it, begging the question: what’s actually keeping them from forming stars? 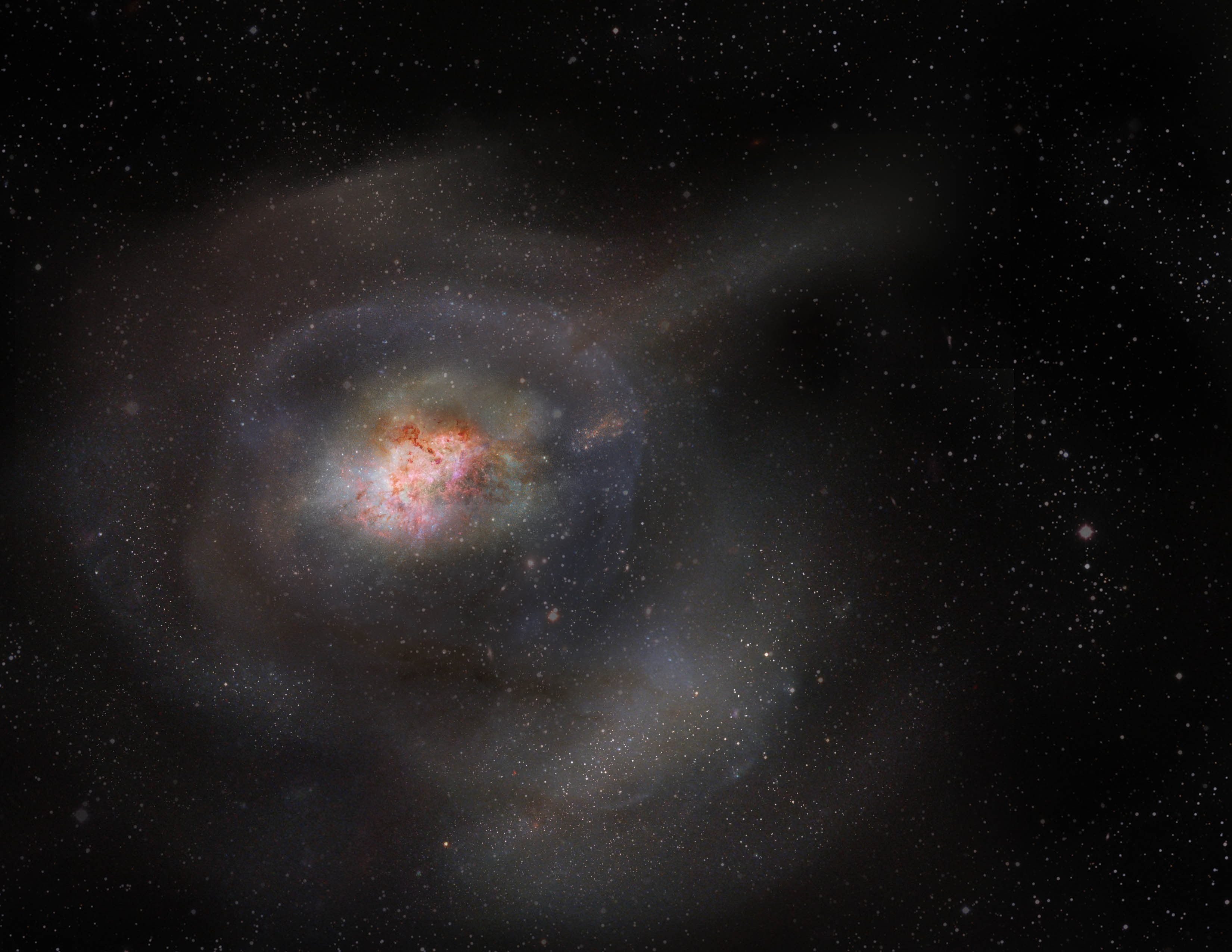 This artist’s impression highlights the compactness of molecular gas in a PSB and its lack of star formation. Credit: ALMA (ESO/NAOJ/NRAO)/S. Dagnello (NRAO/AUI/NSF)

Post-starburst galaxies were previously thought to scatter all of their gas and dust—the fuel required for creating new stars—in violent energy bursts and at extraordinary speed. New data from the Atacama Large Millimeter/submillimeter Array (ALMA) reveals that these galaxies don’t scatter all of their star-forming fuel. Instead, these dormant galaxies hold onto and compress large amounts of highly-concentrated, turbulent gas after their supposed end. But contrary to expectation, they’re not using it to form stars.

In most galaxies, scientists expect gas to be distributed similarly to starlight. But for post-starburst galaxies or PSBs, this isn’t the case. PSBs are different from other galaxies because they are born in the aftermath of violent collisions or mergers between galaxies. Galaxy mergers typically trigger massive bursts of star formation, but in PSBs, this outburst slows down and near-completely stops almost as soon as it begins. As a result, scientists previously believed that little or no star-forming fuel was left in these galaxies’ central star-forming factories. And until now, the belief was that the molecular gases had been redistributed to radii well beyond the galaxies, either through stellar processes or by the effects of black holes. The new results challenge this theory. ...

In addition to being compact enough to make stars, the gas in the observed dormant—or quiescent—galaxies had another surprise in store for the team: it was often centrally-located, though not always, and was surprisingly turbulent. Combined, these two characteristics led to more questions than answers for researchers. ...


After The Fall: Resolving the Molecular Gas in Post-starburst Galaxies ~ Adam Smercina et al
Know the quiet place within your heart and touch the rainbow of possibility; be
alive to the gentle breeze of communication, and please stop being such a jerk. — Garrison Keillor
Top
1 post • Page 1 of 1