NGC 7020, a barred lenticular galaxy in the southern constellation Pavo, holds a geometric mystery. Clear but subtle in this image from Gemini South, one half of the International Gemini Observatory, a Program of NSF’s NOIRLab, the core of NGC 7020 is visibly hexagonal in shape. A hexagon is not a common shape for any celestial body, let alone an entire galaxy. To form a hexagonal structure such as this, a considerable number of stars must orbit in a very narrow band. This orbital path includes two denser regions of stars seen on the left and right sides of the hexagon, which are known as “ansae”. NGC 7020’s unusual shape seems to be the product of a very rare orbital resonance, or an as-yet-unknown phenomenon.

The 8-meter Gemini South telescope is located on Cerro Pachón in the Chilean Andes. Along with the other half of the international Gemini observatory, Gemini North in Hawai‘i, these two telescopes give us a deep view of the entire night sky. 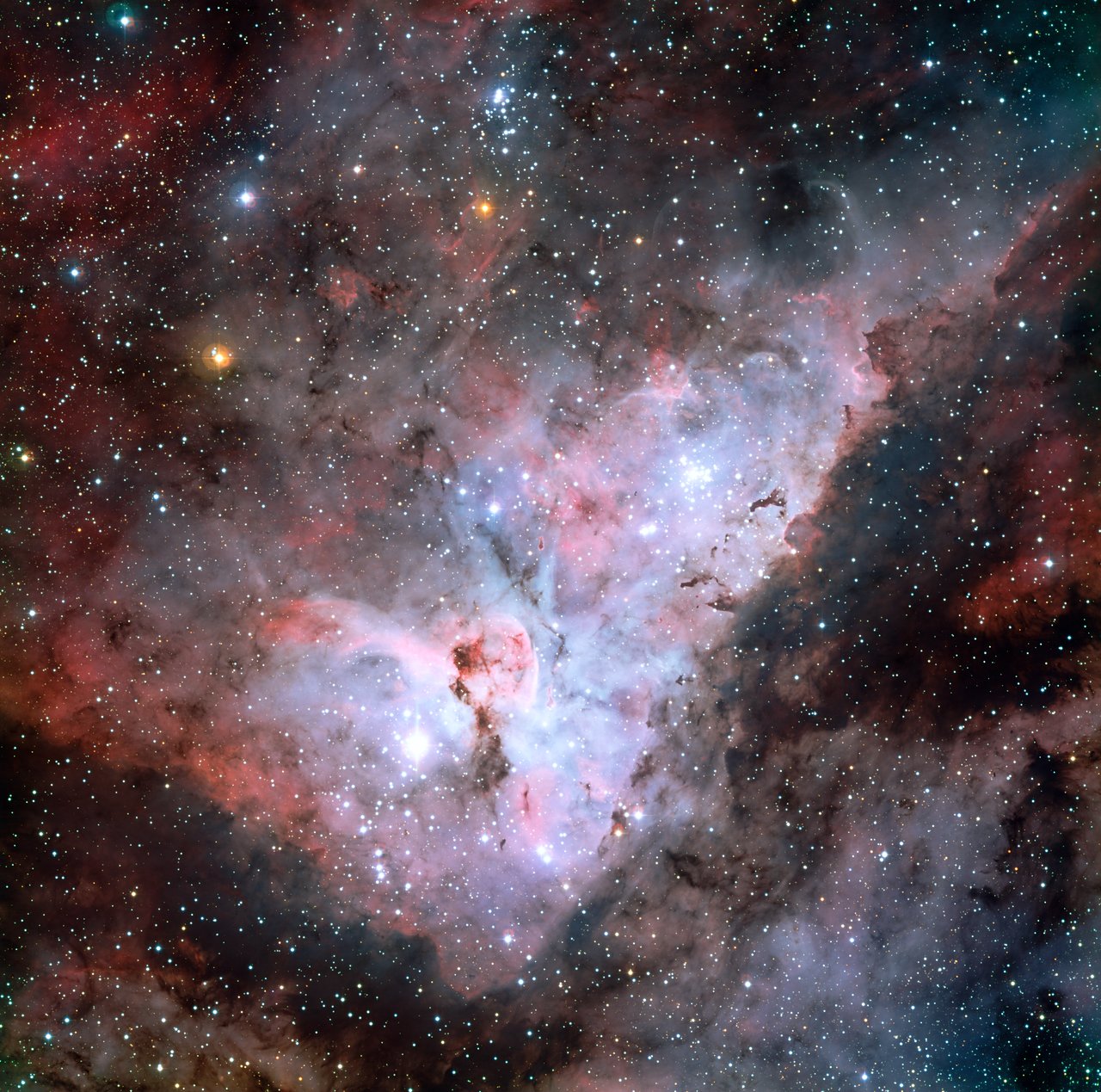 NGC 5367
http://www.capella-observatory.com/Imag ... GC5367.htm
Copyright: Josef Pöpsel and Beate Behle
NGC5367.jpg
You do not have the required permissions to view the files attached to this post.
Top 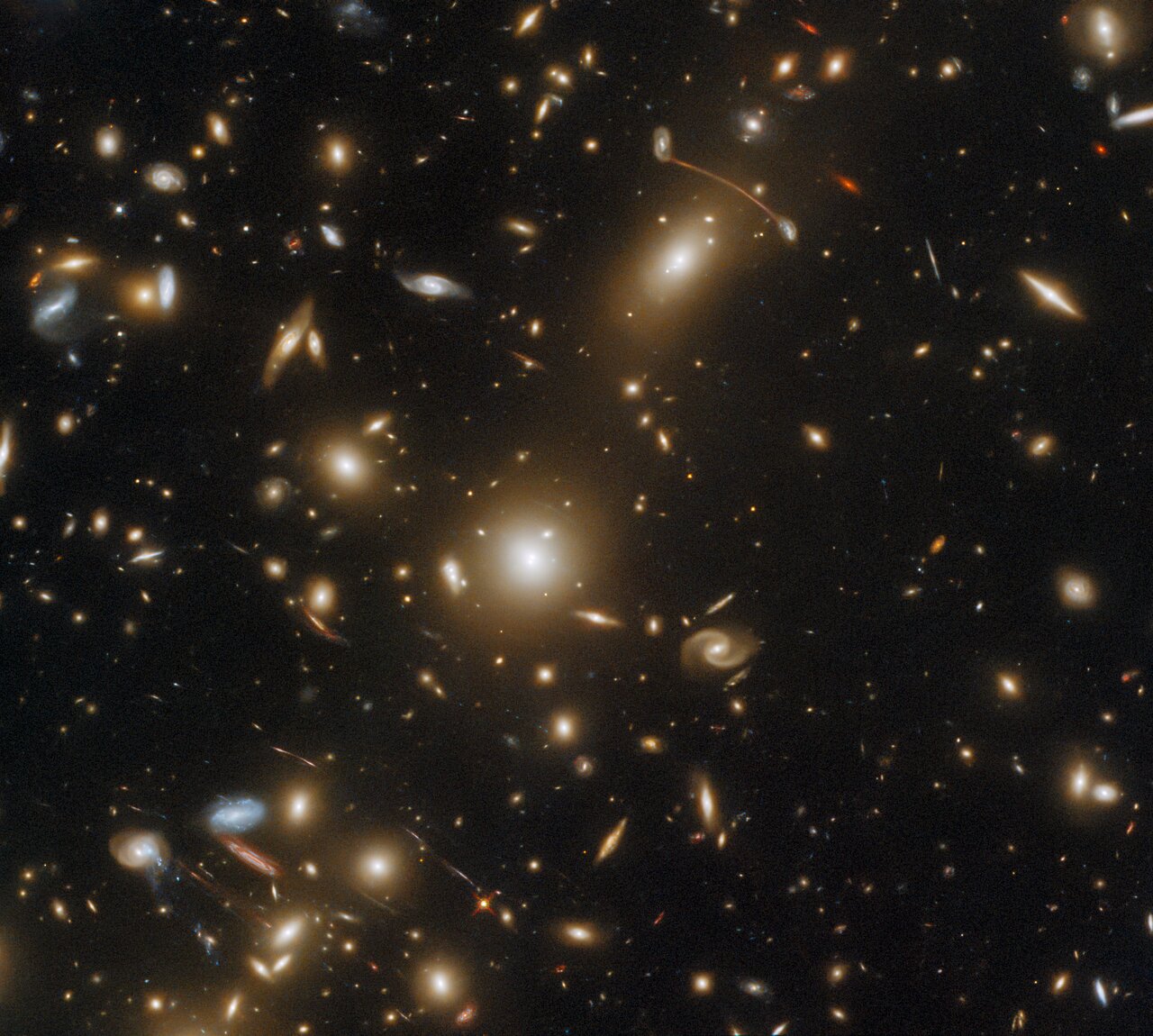 The massive galaxy cluster Abell 1351 is captured in this image by the NASA/ESA Hubble Space Telescope’s Wide Field Camera 3 and Advanced Camera for Surveys. This galaxy cluster lies in the constellation Ursa Major in the northern hemisphere.

This image is filled with streaks of light, which are actually the images of distant galaxies. The streaks are the result of gravitational lensing, an astrophysical phenomenon that occurs when a massive celestial body such as a galaxy cluster distorts spacetime sufficiently strongly to affect the path of light passing through it — almost as if the light were passing through a gigantic lens. Gravitational lensing comes in two varieties — strong and weak — and both can give astronomers an insight into the distribution of mass within a lensing galaxy cluster such as Abell 1351.

This observation is part of an astronomical album comprising snapshots of some of the most massive galaxy clusters. This menagerie of massive clusters demonstrates interesting astrophysical phenomena such as strong gravitational lensing, as well as showcasing spectacular examples of violent galaxy evolution. To obtain this astronomical album, astronomers proposed a Snapshot Program to be slotted into Hubble’s packed observing schedule. These Snapshot Programs are lists of separate, relatively short exposures which can fit into gaps between longer Hubble observations. Having a large pool of Snapshot candidates to dip into allows Hubble to use every second of observing time possible and to maximise the scientific output of the observatory.

M101
https://www.astrobin.com/kmna4t/
Copyright: David Cheng
AvD5XLeVC5D7_2560x0_MCcOkzWc.jpg
You do not have the required permissions to view the files attached to this post.
Top

M81
https://www.astrobin.com/x5y5yv/
Copyright: Mikko Viljamaa
ze4RFseL1ALQ_2560x0_jaUALzhf.jpg
You do not have the required permissions to view the files attached to this post.
Top

M33
https://www.astrobin.com/04ns3u/
Copyright: Chris Willocks
NfrIsXfCoFxY_2560x0_n1wMX-gx.jpg
You do not have the required permissions to view the files attached to this post.
Top

M95 and M96
https://www.astrobin.com/51xfle/
Copyright: Ezequiel Benitez
75Wx_LLtPdRb_16536x16536_kWXURFLk.jpg
You do not have the required permissions to view the files attached to this post.
Top 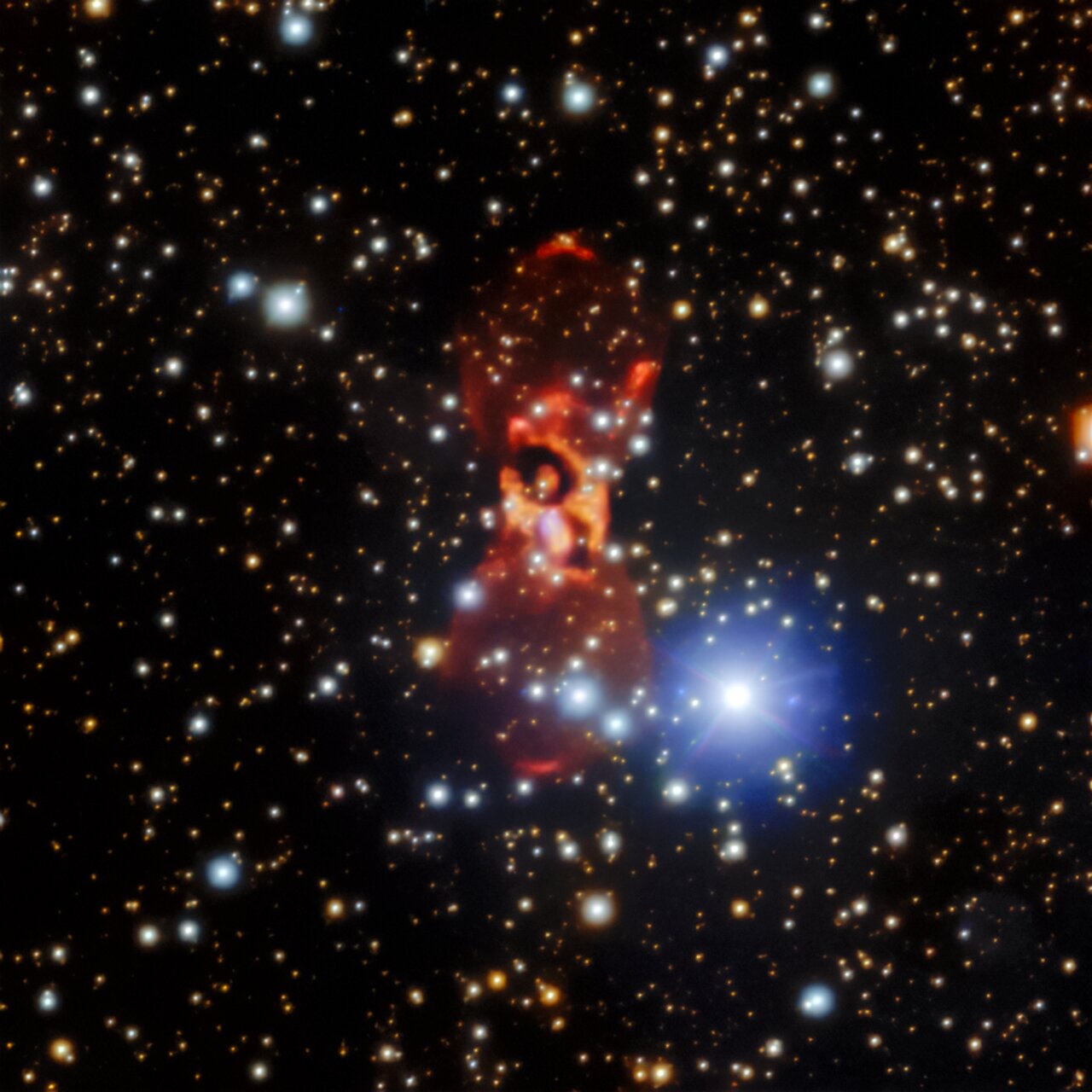 Cat's Eye Nebula (NGC 6543)
https://astrodonimaging.com/gallery/cats-eye-nebula/
Copyright: Don Goldman
CatsEye.jpg
You do not have the required permissions to view the files attached to this post.
Top

ESO: A Village in the Desert? (La Silla) 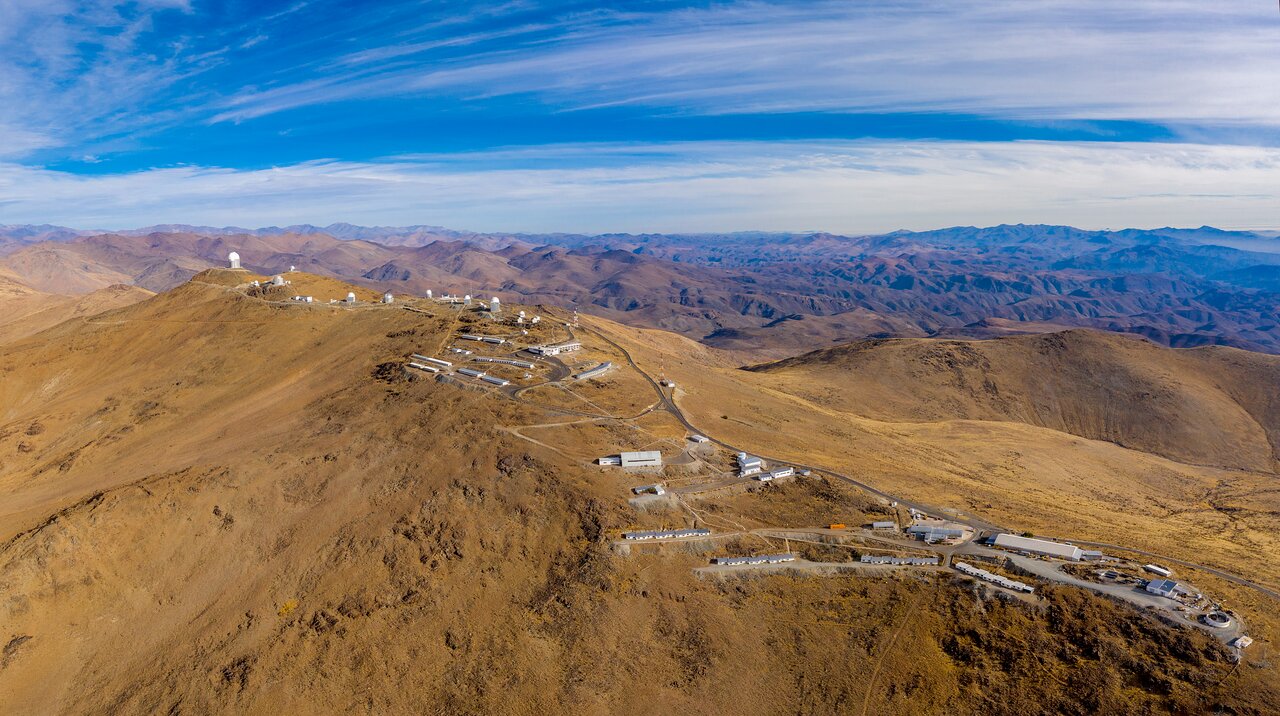 Located on the outskirts of the Chilean Atacama Desert, 600 km north of Santiago and at an altitude of 2400 metres, this seemingly tiny village in the middle of a desert is in fact ESO’s first observatory, the La Silla Observatory.

The many astronomical facilities hosted at La Silla include ESO’s 3.6-metre telescope and ESO’s New Technology Telescope (NTT), as well as several national telescopes, such as ExTrA or the Danish 1.54-metre telescope.

The 3.6-metre telescope started operations in 1977. It is home to the High Accuracy Radial velocity Planet Searcher (HARPS), a powerful exoplanet hunter that discovered Proxima b — an Earth-mass rocky planet orbiting our closest neighbouring star after the Sun.

Inaugurated in 1989, the NTT constituted a major milestone in the field of active optics, a technique that adjusts the shape of a telescope’s mirror against distortions caused by the weight of the mirror itself. Using technology developed at ESO, the NTT was the first telescope in which such corrections were done in real-time during observations.

A village needs power, and La Silla’s photovoltaic plant delivers 1.7 MW using solar panels that stretch over 100 000 square metres in the desert. Thanks to this, all electricity used at the observatory during the day is renewable, preventing the emission of up to 400 tonnes of carbon dioxide equivalent every year. This is part of ESO’s wider efforts to reduce our environmental impact and operate our facilities in a more sustainable way.

potw2226a[1].jpg
Image Credit: ESA/Hubble & NASA, R. Cohen
This image from the NASA/ESA Hubble Space Telescope captures the sparkling globular cluster NGC 6569 in the constellation Sagittarius. Hubble explored the heart of this cluster with both its Wide Field Camera 3 (WFC3) and Advanced Camera for Surveys (ACS), revealing a glittering hoard of stars in this astronomical treasure trove.

Globular clusters are stable, tightly bound clusters containing tens of thousands to millions of stars, and are associated with all types of galaxies. The intense gravitational attraction of these closely packed clusters of stars means that globular clusters have a regular spherical shape with a densely populated centre — as can be seen in the heart of this star-studded image.

This observation comes from an investigation of globular clusters which lie close to the centre of the Milky Way. These objects have been avoided in previous surveys, as the dust spread throughout the centre of our galaxy blocks light from these globular clusters and alters the colours of the stars residing in them. The last factor is particularly important for astronomers studying stellar evolution, as the colours of stars can give astronomers insights into their ages, compositions, and temperatures.

The astronomers who proposed these observations combined data from Hubble with data from astronomical archives, allowing them to measure the ages of globular clusters including NGC 6569. Their research also provided insights into the structure and density of globular clusters towards the centre of the Milky Way.

NGC 3532
https://www.astrobin.com/ult8ut/
Copyright: Jim DeLillo
Pjvg5_CxfXdH_2560x0_7e8gr7oV.jpg
You do not have the required permissions to view the files attached to this post.
Top

NGC 4725 region
https://www.astrobin.com/dnipof/
Copyright: Yizhou Zhang
9PZDiet1k8tB_2560x0_gH2MuKEV.jpg
You do not have the required permissions to view the files attached to this post.
Top

NGC 3953
https://buckeyestargazer.net/Pages/Galaxies/NGC3953.php
Copyright: Joel Short
NGC3953.jpg
You do not have the required permissions to view the files attached to this post.
Top

M94
https://www.astrobin.com/15n659/E/
Copyright: Christoph Lichtblau
a-u1PS13fxhr_2560x0_qdzwA81U.jpg
You do not have the required permissions to view the files attached to this post.
Top

June planets line up over the coast of Taiwan
In addition to the five planets visible to the naked eye, Uranus and Neptune are also present in the eastern sky during the June planetary season. It's just that Uranus and Neptune are too dim to observe. But through the camera, Uranus with a magnitude of 5.8 still has a chance to appear. As for Neptune, it is too dim to capture.
In the early morning of June 24th, I was on the coast of the northeastern corner of Taiwan, and was lucky enough to catch six planets in the thin clouds! That's right, it's six. Through the star map comparison, I did get Uranus, right between the moon and Venus. All the planets and the moon are lined up on the ecliptic, which is truly spectacular!
The landscape below is the sea to the east of Taiwan, which is the Pacific Ocean. The small island below the center of the photo is the famous "Guishan Island" in northeastern Taiwan. Because it is shaped like a turtle, it means "Turtle Island" in Chinese. And many of the bright spots on the sea are the lights of the fishing boats that get up early to work.