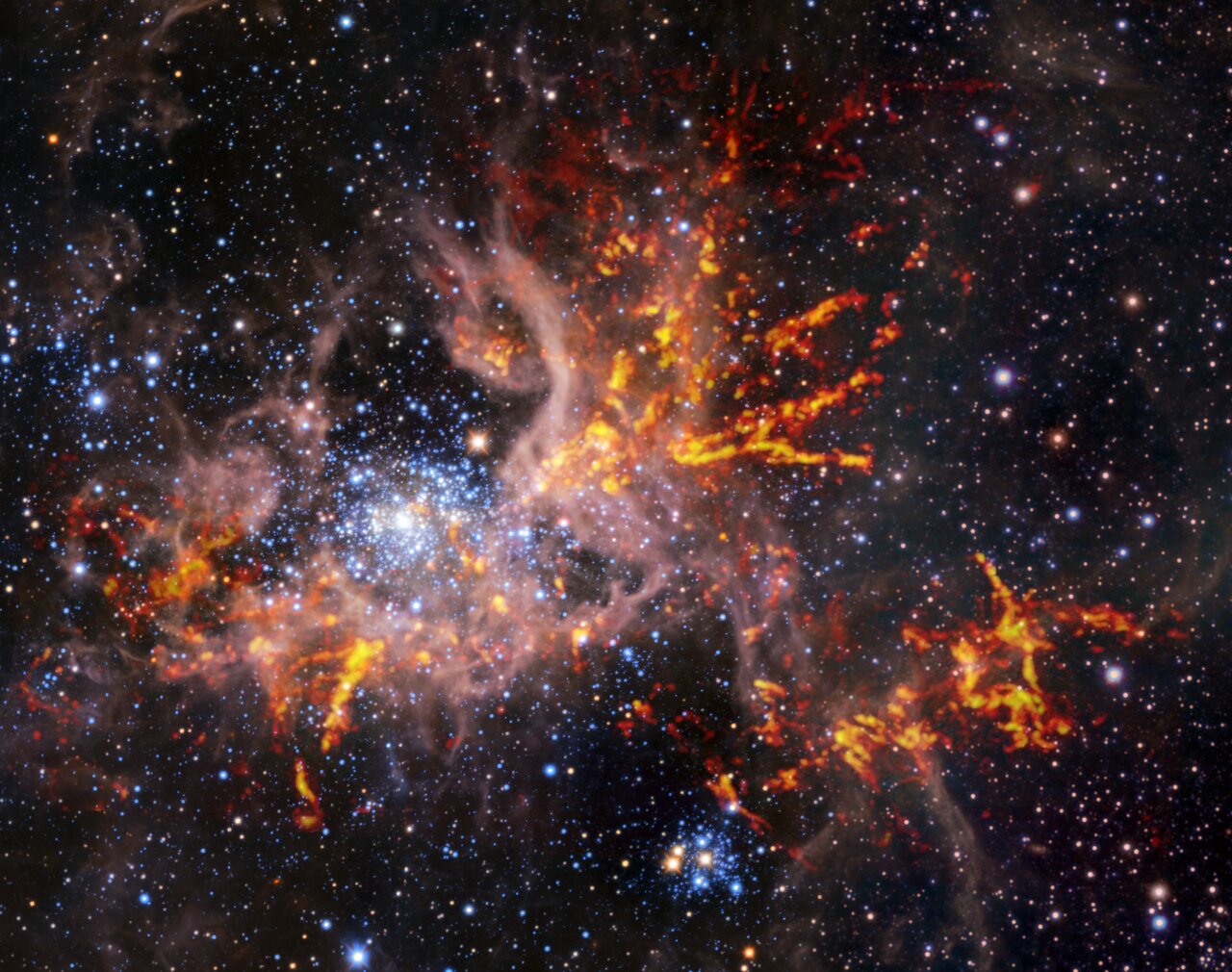 Astronomers have unveiled intricate details of the star-forming region 30 Doradus, also known as the Tarantula Nebula, using new observations from the Atacama Large Millimeter/submillimeter Array (ALMA). In a high-resolution image released today by the European Southern Observatory (ESO) and including ALMA data, we see the nebula in a new light, with wispy gas clouds that provide insight into how massive stars shape this region.

“These fragments may be the remains of once-larger clouds that have been shredded by the enormous energy being released by young and massive stars, a process dubbed feedback,” says Tony Wong ... Astronomers originally thought the gas in these areas would be too sparse and too overwhelmed by this turbulent feedback for gravity to pull it together to form new stars. But the new data also reveal much denser filaments where gravity’s role is still significant. “Our results imply that even in the presence of very strong feedback, gravity can exert a strong influence and lead to a continuation of star formation,” adds Wong ...

In the image released today by ESO, we see the new ALMA data overlaid on a previous infrared image of the same region that shows bright stars and light pinkish clouds of hot gas, taken with ESO’s Very Large Telescope (VLT) and ESO’s Visible and Infrared Survey Telescope for Astronomy (VISTA). The composition shows the distinct, web-like shape of the Tarantula Nebula’s gas clouds that gave rise to its spidery name. The new ALMA data comprise the bright red-yellow streaks in the image: very cold and dense gas that could one day collapse and form stars. ...

The 30 Doradus Molecular Cloud at 0.4 pc Resolution with ALMA:
Physical Properties and the Boundedness of CO-emitting Structures ~ Tony Wong et al
Know the quiet place within your heart and touch the rainbow of possibility; be
alive to the gentle breeze of communication, and please stop being such a jerk. — Garrison Keillor
Top
1 post • Page 1 of 1