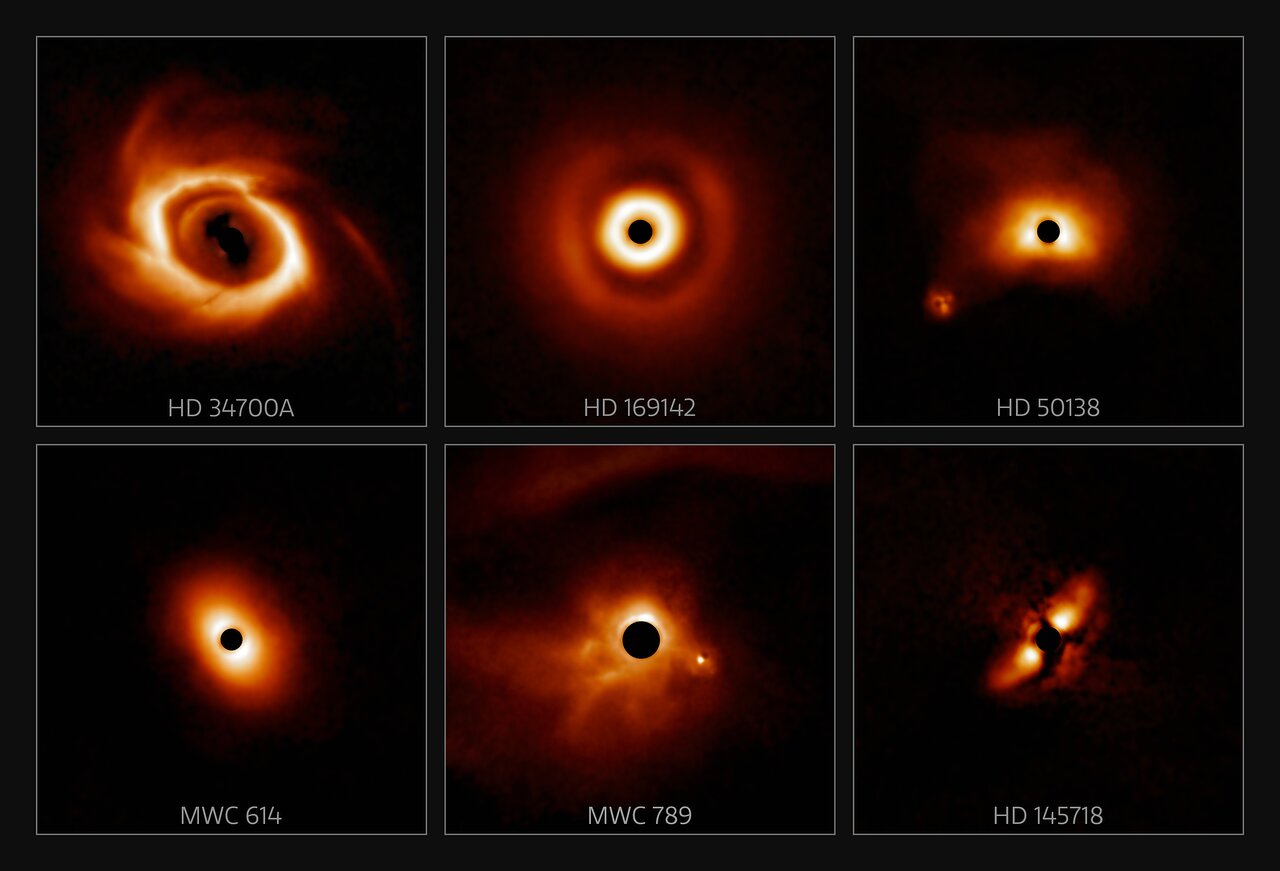 This mosaic of dusty, swirling disks shows a sample of images captured from the International Gemini Observatory, a Program of NSF’s NOIRLab, as part of an unprecedented survey of 44 young massive stars. An international team used Gemini South in Chile to investigate planet formation and uncovered a potential young Jupiter-mass planet, and confirmed the existence of two brown dwarfs. The images will be presented in sessions today at the 240th American Astronomical Society meeting.

This striking image, taken by astronomers using the Gemini South telescope in Chile, is part of a large survey of 44 young, massive stars by the Gemini Planet Imager (GPI) instrument, which imaged their dusty planet-forming disks — likely to become new solar systems — in near-infrared light. The survey found that the disks circling stars up to three times the mass of the Sun tend to have rings, whereas disks around stars that are more massive than three solar masses do not. This suggests that the more massive stars may form planets slightly differently.

Planets form in disks of gas and dust that encircle young stars just a few million years old and GPI is one of a few instruments in the world capable of resolving these disks. Previous observations have indicated that rings, made of large and small dust grains as well as gas, are often seen in these disks. Exactly what creates these rings is uncertain, but they have been attributed to newborn planets interacting with the disk. ...


Gemini-LIGHTS: Herbig Ae/Be and massive T-Tauri protoplanetary
disks imaged with Gemini Planet Imager ~ Evan A. Rich et al
Know the quiet place within your heart and touch the rainbow of possibility; be
alive to the gentle breeze of communication, and please stop being such a jerk. — Garrison Keillor
Top
1 post • Page 1 of 1