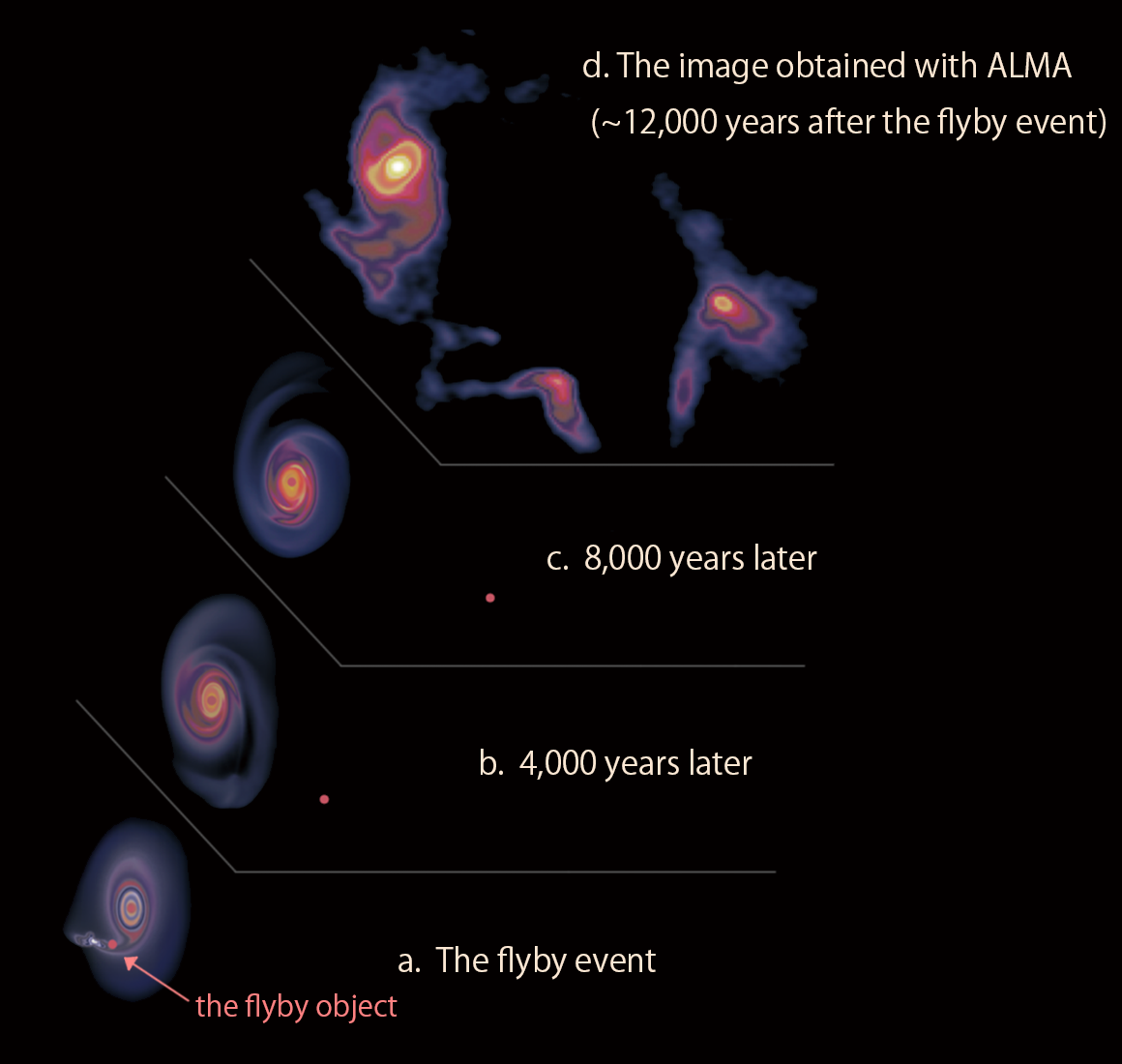 An international research team from China, the U.S., and Germany has used high-resolution observational data from ALMA and discovered a massive accretion disk with two spiral arms surrounding a 32 solar mass protostar in the Galactic Center. This disk could be perturbed by a close encounter with a flyby object, thus leading to the formation of the spiral arms. This finding demonstrates that the formation of massive stars may be similar to that of lower-mass stars through accretion disks and flybys.

Accretion disks around protostars, also known as 'protostellar disks,' are essential components in star formation because they continuously feed gas into protostars from the environment. In this sense, they are stellar cradles where stars are born and raised. Accretion disks surrounding solar-like low-mass protostars have been extensively studied in the last few decades, leading to a wealth of observational and theoretical achievements. For massive protostars, especially early O-type ones of more than 30 solar masses, it is still unclear whether and how accretion disks play a role in their formation. These massive stars are far more luminous than the Sun, with intrinsic luminosities up to several hundreds of thousands of times the solar value, which strongly impact the environment of the entire Galaxy. Therefore, understanding the formation of massive stars is of great importance.

At a distance of about 26,000 light-years away from us, the Galactic Center is a unique and important star-forming environment. The most well-known object here would undoubtedly be the supermassive black hole Sgr A*. Besides that, there is a massive reservoir of dense molecular gas, mainly in the form of molecular hydrogen (H2), which is the raw material for star formation. The gas will start to form stars once gravitational collapse is initiated. However, direct observations of star-forming regions around the Galactic Center are challenging, given the considerable distance and the contamination from foreground gas between the Galactic Center and us. A very high resolution, combined with high sensitivity, is necessary to resolve details of star formation in this region. ...


A massive Keplerian protostellar disk with flyby-
induced spirals in the Central Molecular Zone ~ Xing Lu et al
Know the quiet place within your heart and touch the rainbow of possibility; be
alive to the gentle breeze of communication, and please stop being such a jerk. — Garrison Keillor
Top
1 post • Page 1 of 1