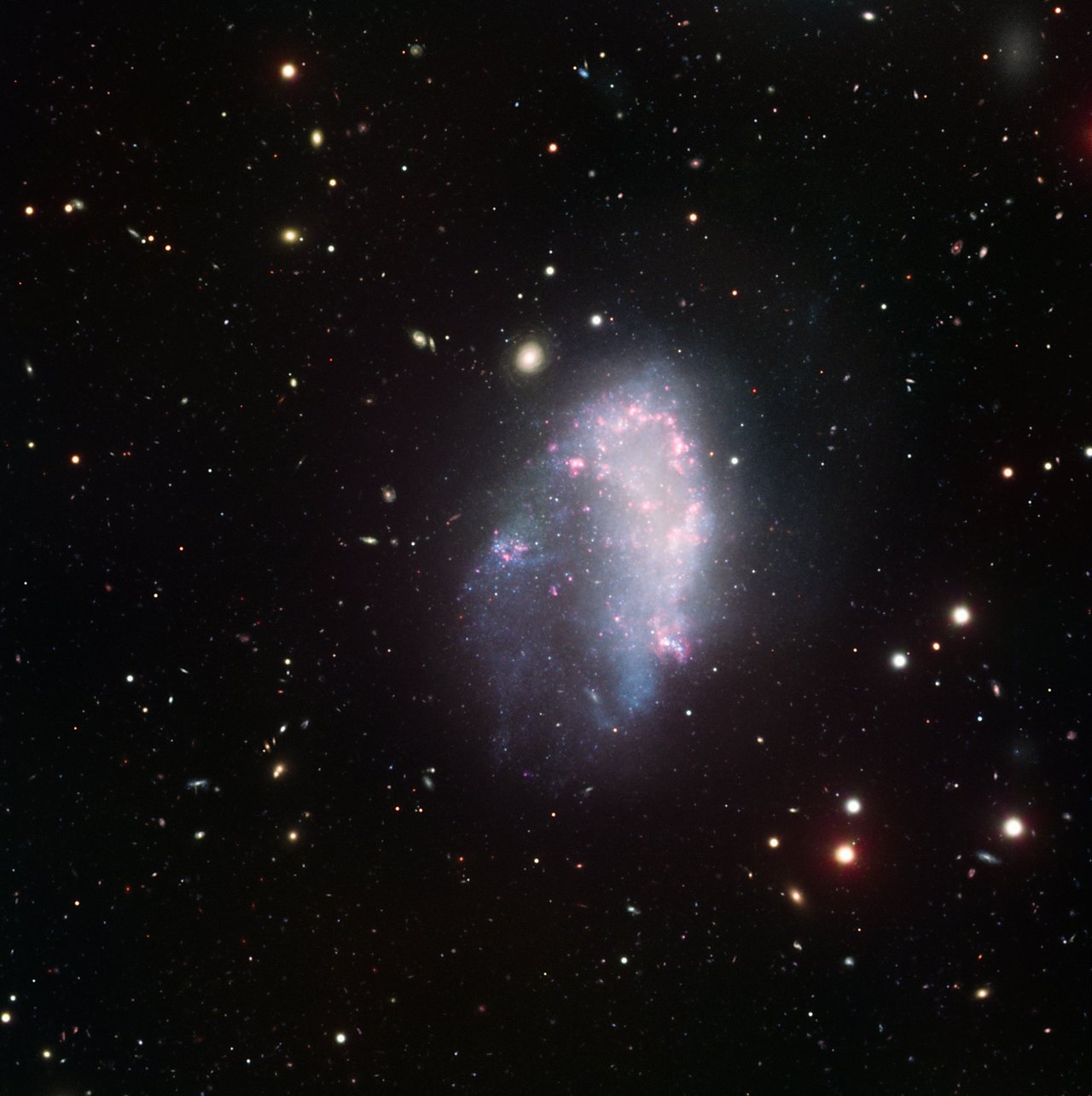 NGC 1427A: A Dwarf Galaxy in the Fornax Cluster ~ Credit: ESO

According to the standard model of cosmology, the vast majority of galaxies are surrounded by a halo of dark matter particles. This halo is invisible, but its mass exerts a strong gravitational pull on galaxies in the vicinity. A new study ... challenges this view of the Universe. The results suggest that the dwarf galaxies of Earth’s second closest galaxy cluster – known as the Fornax Cluster – are free of such dark matter halos. ...

Dwarf galaxies are small, faint galaxies that can usually be found in galaxy clusters or near larger galaxies. Because of this, they might be affected by the gravitational effects of their larger companions. “We introduce an innovative way of testing the standard model based on how much dwarf galaxies are disturbed by gravitational 'tides' from nearby larger galaxies”, said Elena Asencio... Tides arise when gravity from one body pulls differently on different parts of another body. These are similar to tides on Earth, which arise because the moon pulls more strongly on the side of Earth which faces the moon.

The Fornax Cluster has a rich population of dwarf galaxies. Recent observations show that some of these dwarfs appear distorted, as if they have been perturbed by the cluster environment. "Such perturbations in the Fornax dwarfs are not expected according to the Standard Model,” said Pavel Kroupa... “This is because, according to the standard model, the dark matter halos of these dwarfs should partly shield them from tides raised by the cluster." ...


The distribution and morphologies of Fornax Cluster
dwarf galaxies suggest they lack dark matter ~ Elena Asencio et al
Know the quiet place within your heart and touch the rainbow of possibility; be
alive to the gentle breeze of communication, and please stop being such a jerk. — Garrison Keillor
Top
1 post • Page 1 of 1