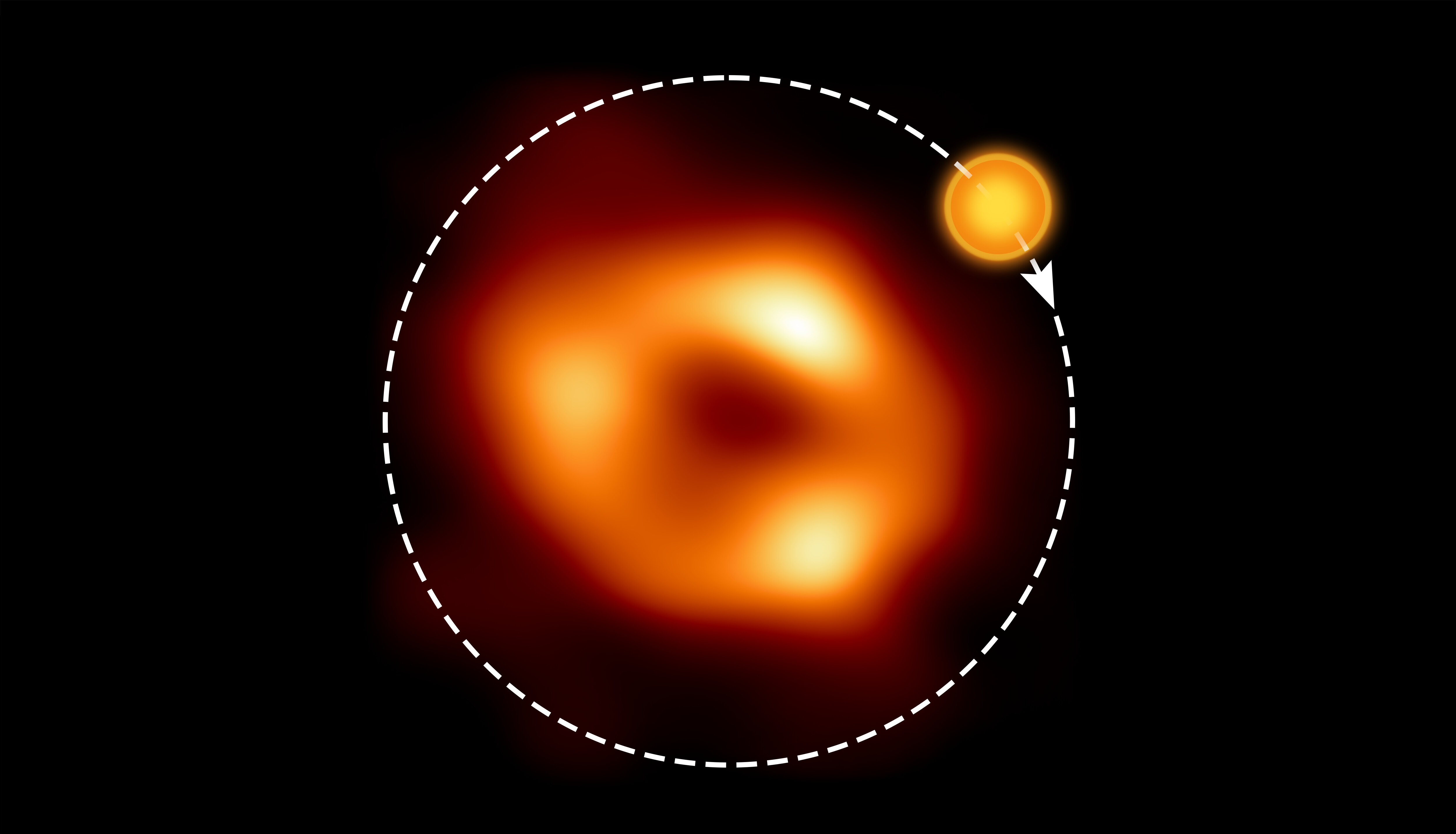 Using the Atacama Large Millimeter/submillimeter Array (ALMA), astronomers have spotted signs of a ‘hot spot’ orbiting Sagittarius A*, the black hole at the centre of our galaxy. The finding helps us better understand the enigmatic and dynamic environment of our supermassive black hole. ...

The observations were made with ALMA in the Chilean Andes during a campaign by the Event Horizon Telescope (EHT) Collaboration to image black holes. ... To calibrate the EHT data, Wielgus and his colleagues ... used ALMA data recorded simultaneously with the EHT observations of Sagittarius A*. To the team's surprise, there were more clues to the nature of the black hole hidden in the ALMA-only measurements.

By chance, some of the observations were done shortly after a burst or flare of X-ray energy was emitted from the centre of our galaxy, which was spotted by NASA’s Chandra Space Telescope. These kinds of flares, previously observed with X-ray and infrared telescopes, are thought to be associated with so-called ‘hot spots’, hot gas bubbles that orbit very fast and close to the black hole. ...

The observations confirm some of the previous discoveries made by the GRAVITY instrument at ESO’s Very Large Telescope (VLT), which observes in the infrared. The data from GRAVITY and ALMA both suggest the flare originates in a clump of gas swirling around the black hole at about 30% of the speed of light in a clockwise direction in the sky, with the orbit of the hot spot being nearly face-on. ...


Orbital motion near Sagittarius A* -- Constraints from polarimetric ALMA observations ~ Maciek Wielgus et al
viewtopic.php?t=42386
viewtopic.php?p=322660#p322660
viewtopic.php?p=322674#p322674
Know the quiet place within your heart and touch the rainbow of possibility; be
alive to the gentle breeze of communication, and please stop being such a jerk. — Garrison Keillor
Top
1 post • Page 1 of 1